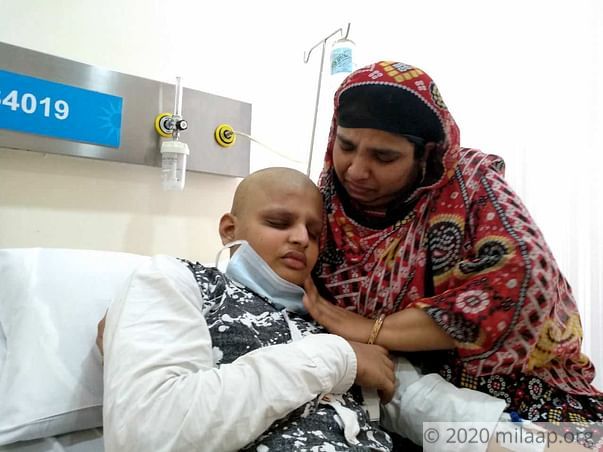 “Mudassir keeps crying every day. He tells us that it is only because of him we had to give away every last rupee we had painfully saved over the years. We tell him not to worry and that he is more important to us than money, but the truth is we have no money left and are neck-deep in debt.” – Moula, Mudassir’s father

In December last year, 14-year-old Mudassir got a swelling in his neck that refused to go away. It became enlarged and painful to the touch over the days. The first time he went to the doctors, they said it was because of the harsh winter in Bengaluru. When the swelling started interfering with normal activities such as eating, drinking and even speaking, he went to the doctors again. This time, it turned out to be something his father, Moula, and mother, Mohsina, could never imagine in their wildest dreams. Cancer – It only took six letters to destroy their happiness.

“We are religious people. Why did Allah do this to us?”

A typical day for this family would always begin with reading the Quran. Moula, his wife, Mohsina, their daughters, 9-year-old Madiha and 7-year-old Misbah, along with Mudassir would seek Allah’s blessings before they went ahead with the day’s activities. Now even when Mudassir is fighting to survive in the hospital, they have not changed their routine. “Praying was always very important to us.  We have never missed namaaz  till now. Why did such a horrible thing happen to my dear son?” asks Mohsina, Mudassir’s mother.

Mudassir is suffering. His body hurts from the intensive chemotherapy that he has been undergoing from the past three months because of lymph node cancer. There was a painful lump in his stomach too, that made it difficult for him to eat food. The IV line that has been inserted into his hand has been infected three times already. He has already had surgeries for all three times. He has to take medicines worth Rs 2,000 three times daily to control the infection. The pain is excruciating, but what is unbearable for Mudassir is watching his father beg people to arrange money for his treatment.

“Mudassir reads all his medical reports and bill estimates. He is a big boy so he knows these things better than us. He also knows that we are lower-middle class people who cannot make so much money in a few days even if we wanted to. He is scared that we will be out on the streets soon. More than us, he is scared about the future of his little sisters. One day he even cried to his doctor saying his Abba is poor and cannot save him. The doctor told him to believe in God and hope that somebody will help his family. Seeing our son care so much about us even when he is going through hell makes me break down,” adds Mohsina.

Now, Mudassir finds it very difficult to look in the mirror. He tells his parents that he looks like an entirely different person now. He doesn't want to meet any of his friends, even though he misses their company deeply. “My son has become such a loner now. Some of his friends wanted to visit him in the hospital the other day, but he told me that he doesn’t want to see anybody. My poor child is worried about our financial situation. He thinks about it night and day. I hope the stress doesn’t make him more sick,” laments Mohsina, with tears in her eyes.

Moula and Mohsina have nothing to save their son

Mudassir’s father, Moula, is a teacher at a local Madrassa in Bengaluru. He earns a meagre Rs 5,000 a month. It is barely enough to clothe and feed his family of six. Mudassir’s treatment costs are increasing by the day. He needs to stay in the hospital for at least two to three months more, and needs more than Rs 4 lakhs for teatment. Moula had already borrowed a significant lumpsum from relatives and friends during the initial months of treatment. On one hand, he is left with nothing and on the other hand he has to save his son.

Your contribution can save Mudassir’s life.

UPI: rzpy.givetomlpmudassir001@hdfcbank (Copy to clipboard)
Or
Click here to read the instructions before you make a bank transfer. 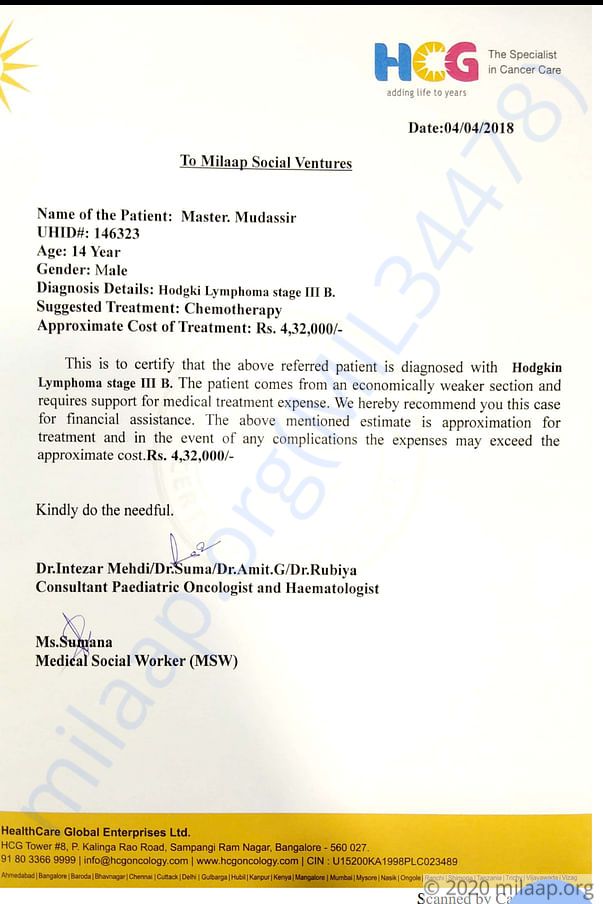 UPI: rzpy.givetomlpmudassir001@hdfcbank (Copy to clipboard)
Or
Click here to read the instructions before you make a bank transfer.

Mudassir is doing really well and he visits the hospital monthly for consultation and investigation. He underwent ultrasound and CT Scan in March and the report was good.

As mentioned in the previous updates, Mudassir has completed his treatment is doing extremely well. He visits the hospital for his regular check-up every month.

We would like to thank all the donors who has supported him. Please keep him in your prayers as well.

Mudassir is doing well. He is visiting the hospital for follow up check-ups.

Report fundraiser
See how thousands are crowdfunding for their causes on Milaap
Rs.629,661 raised

May Allah give health...

May Allah give health... 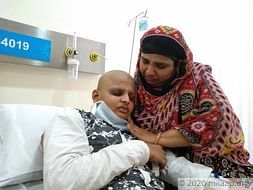