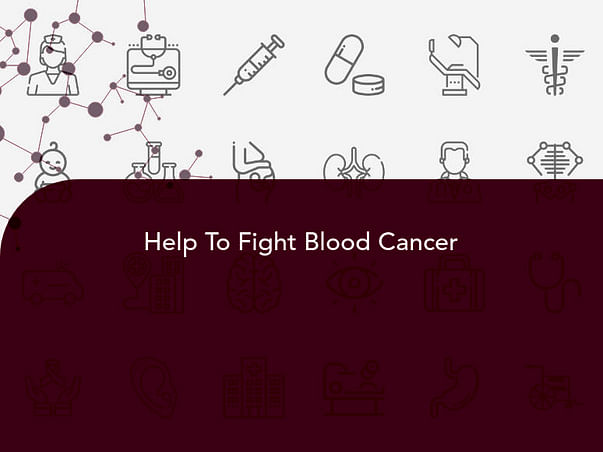 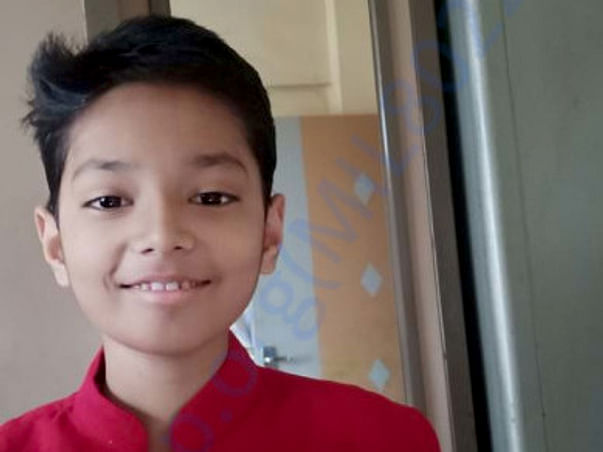 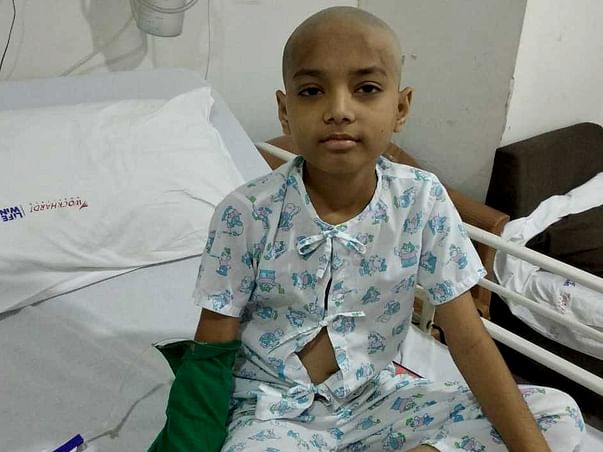 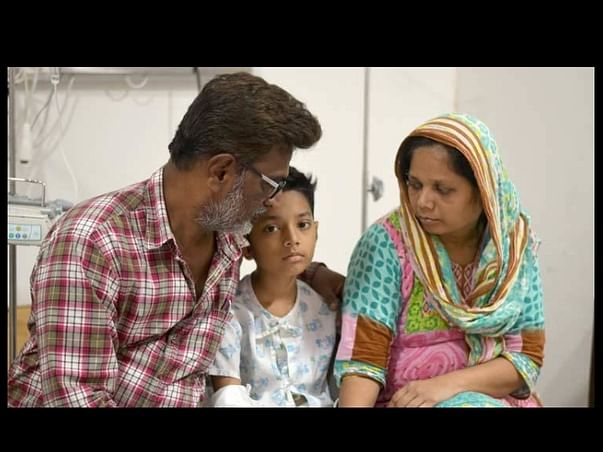 The holy month of Ramadan is known to bring joy and happiness. It is believed that every night in Ramadan, Allah chooses people to be saved from hellfire but this year, Allah chose to test us instead, something we were not prepared for. My 10-year-old son, Aafan, was diagnosed with a rare type of cancer of blood and bone marrow.


As his mother said that I still remember how ecstatic we were preparing for Ramadan. Like every year, my husband, Feroz, had been saving up little money for this time of the year. “Ammi, I want new clothes for Eid,” Aafan told me excitedly. We went to the market the next day to get him a pair of clothes. He was so excited. However, two days later, he fell sick and got a fever. We thought that he got a heatstroke and gave him medicines. I even tried a few home remedies, but his temperature only increased. I began noticing paleness in his skin. We didn’t want to take any risk so we took him to the hospital where the doctor suggested a few tests.


My son underwent multiple tests. After hours of wait, when the doctors came in with the test results, it completely shattered us.

They informed, “Aafan is suffering from B-cell acute lymphoblastic leukemia, a rare cancer of the blood and bone marrow.” The word ‘cancer’ scared me to the core. We couldn’t believe it. Just a few days back, our son was so healthy. How could he be suffering from cancer? Our belief in Allah was strong- we knew that he will not let anything happen to our son, but even after visiting numerous doctors for the second opinion, nothing changed. Our little boy was diagnosed with a deadly disease and there was nothing we could do. We were left in tears.

Somehow we gathered courage and asked the doctor to start his treatment. Within a few days, my son underwent a gruelling session of chemotherapy, but it didn’t break his will. As we entered his ward, he smiled looking at us. I wondered how strong he has grown up to be. He doesn’t understand the reality of his disease, but his faith in Allah is very strong. He reads the Quran and prays to Allah regularly. Earlier, he used to join his father during Namaz, but now, his body aches and he can't kneel down for more than 5 minutes.

I have been fasting every day for my son’s well-being. They say that Allah Miya grants everything you ask for while breaking your Roza, but I don’t know why he is not listening to our prayers. Every day, Aafan asks me when he’ll be able to go home, but I have no answers to his questions. He was so excited about Eid and wearing his new clothes, but now they just lay in a corner, untouched. Cancer is making our son’s life miserable. He tries hard not to cry, but when his pain gets unbearable, he wails. It breaks my heart.

What’s worse is that we aren’t even sure if we’ll able to fund his treatment anymore. Just a few weeks of hospital stay have exhausted us of our savings. We are now left with nothing. Feroz my husband doesn't earn much and with his little income, we somehow manage to make ends meet. Ever since our son’s disease is diagnosed, he has been working overtime. He hardly takes rest and comes back to the hospital only at night.

The doctors have told us that Aafan’s disease can be cured only after getting adjuvant chemotherapy and supportive care for the next six months. His treatment will cost  10,50,000  which is far beyond our reach. Feroz has borrowed money from his colleagues and relatives, but all of it is spent on paying off the mounting hospital bills.

My son has been fighting cancer, but he’ll lose this battle if his treatment stops because of our helplessness. We will never be able to forgive ourselves if something happens to him. Your kindness and generous contributions will help him survive and go back to his carefree childhood. Please help us.

UPI: givetoferozm@yesbankltd (Copy to clipboard)
Or
Click here to read the instructions before you make a bank transfer. 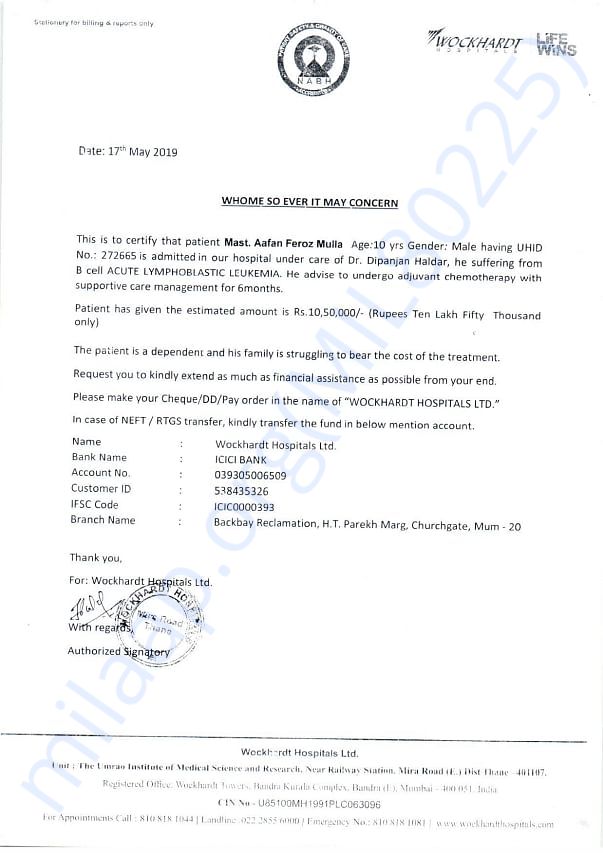 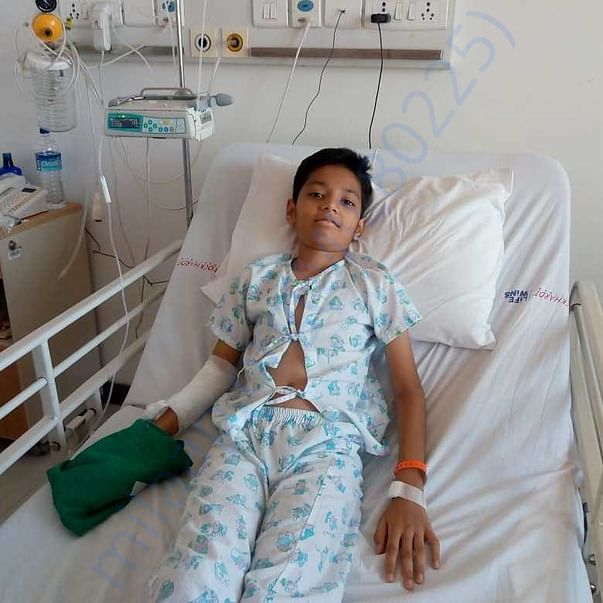 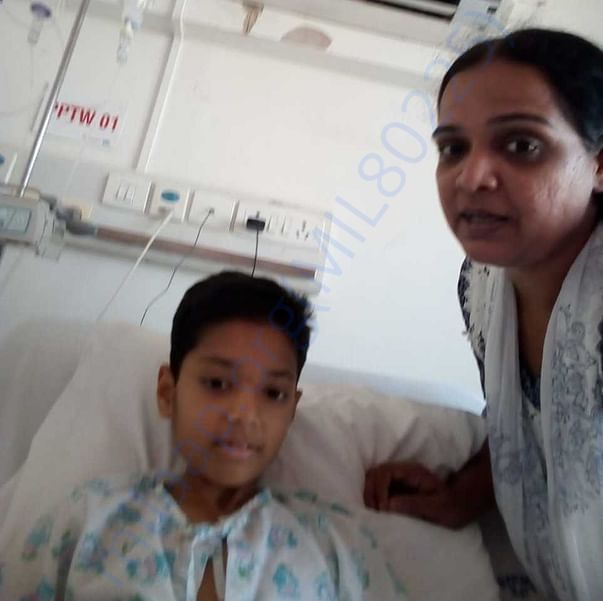 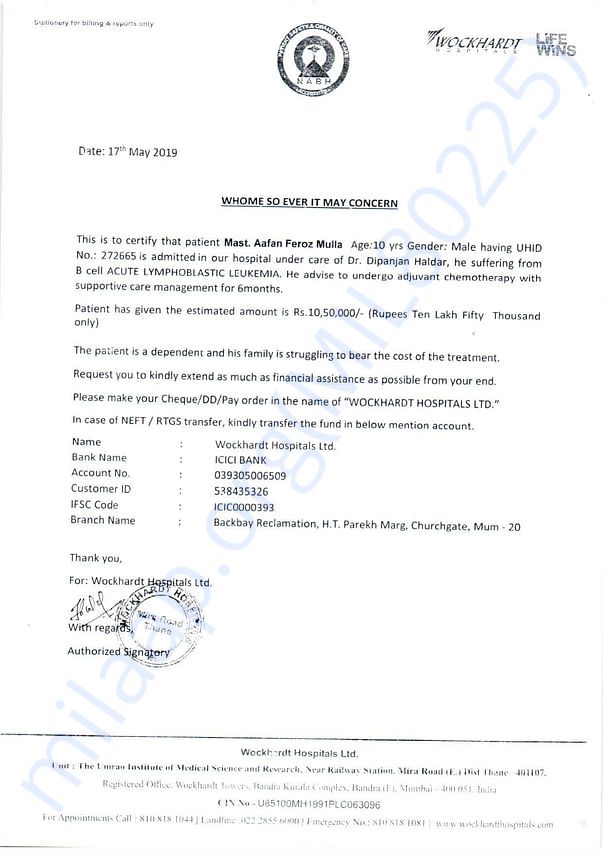 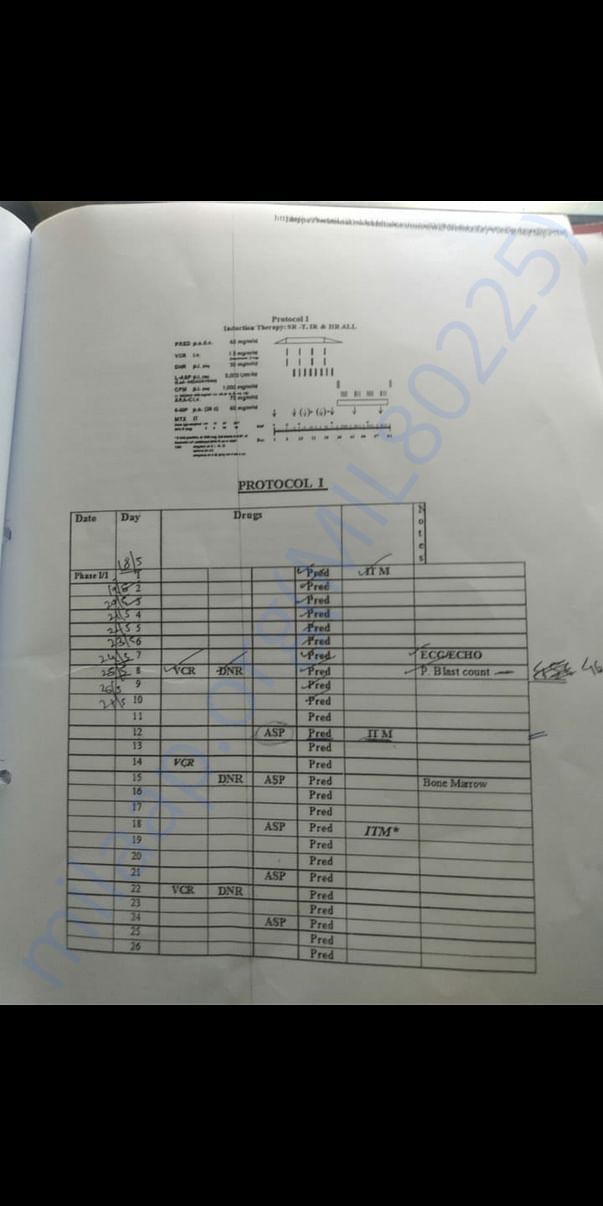 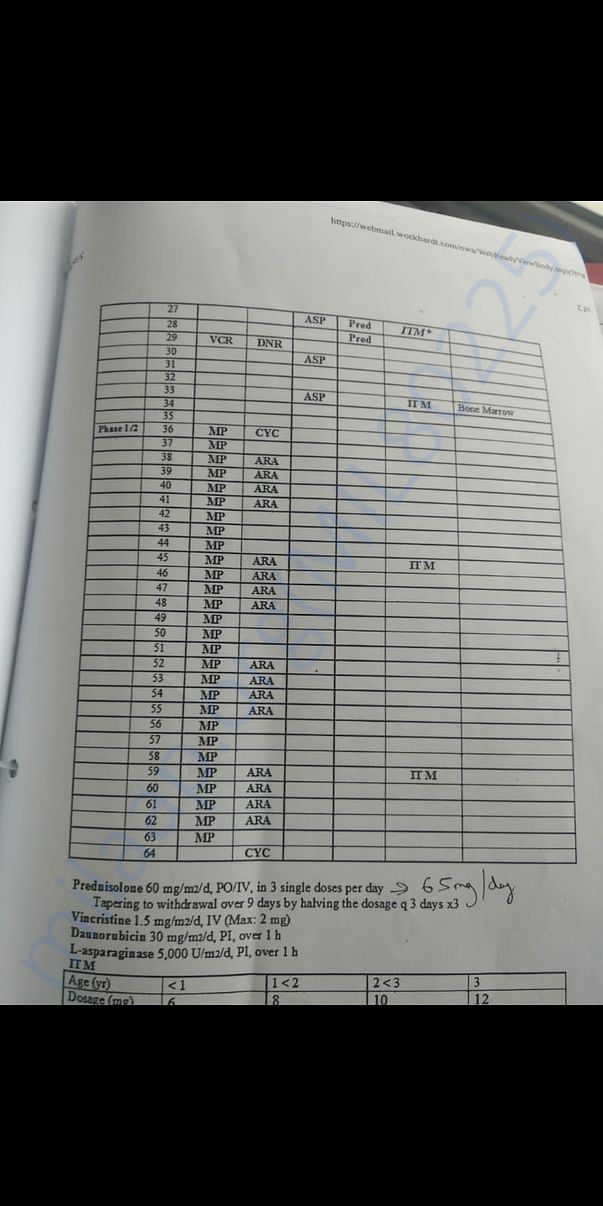 Aafan pic the day after eid when he was again admited 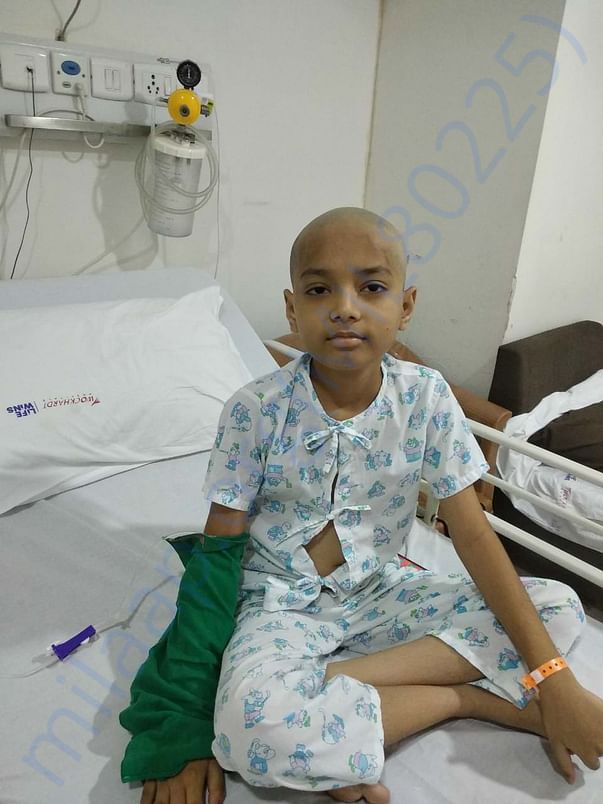 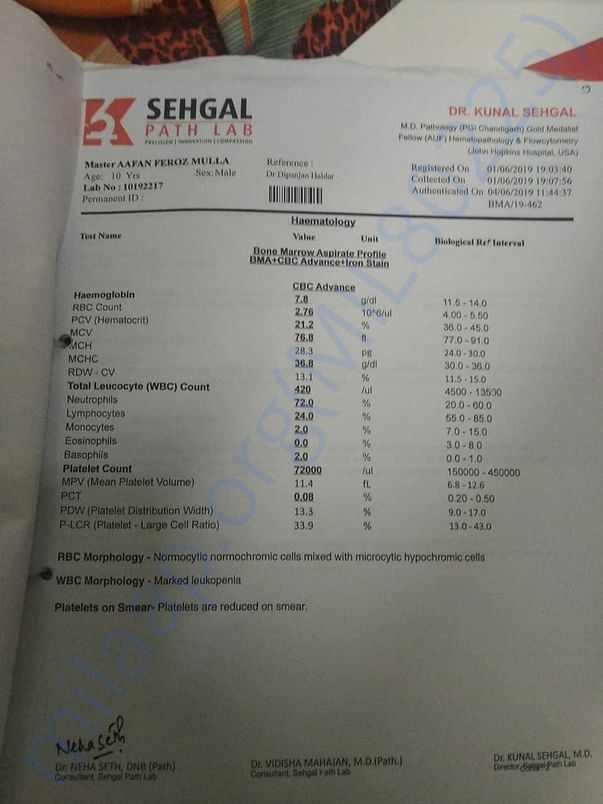 UPI: givetoferozm@yesbankltd (Copy to clipboard)
Or
Click here to read the instructions before you make a bank transfer.

First of all, thanks for all the support and love.

Aafan's second stage of treatment has started and doctors have told that he is recovering well. And if Aafan's recovery will improve then they will keep Aafan on medicine and stop his chemotherapy. So please do pray and support us as we need your maximum support now.

Thanks everyone
Dear Supporters,

As per the doctors, very less cancer cells are remaining and stage 2 of the treatment have started. Thanks for your support and please do pray for his speedy recovery.

Affan has completed his first stage of the treatment, and is currently doing well. He has to start his second stage soon as informed by the doctors. Please do keep supporting and sharing the campaign with your friends and family.

AR
You are sending a message to
Aafan Relative
Go back 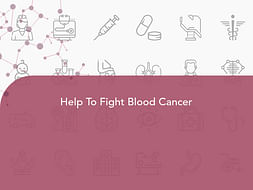