Support Koi Sunta Hai at Nrityagram | Milaap
Milaap will not charge any fee on your donation to this campaign. 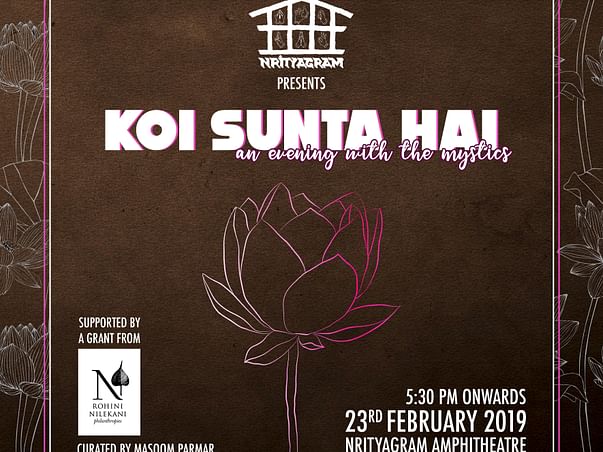 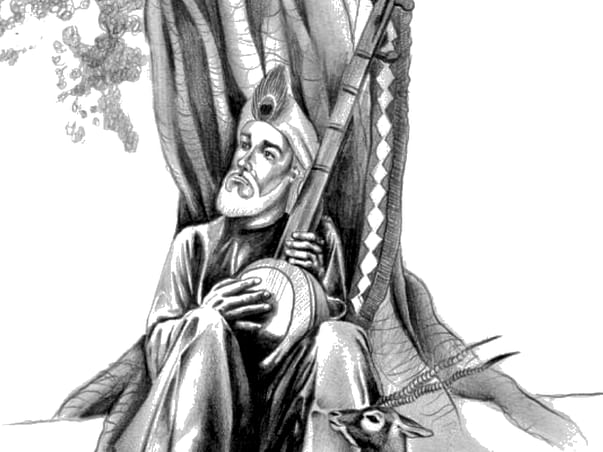 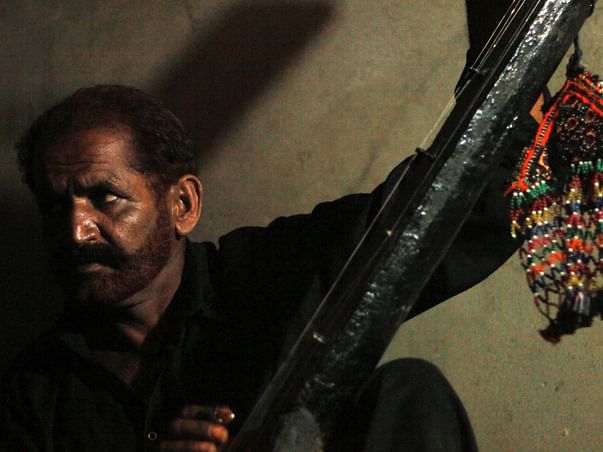 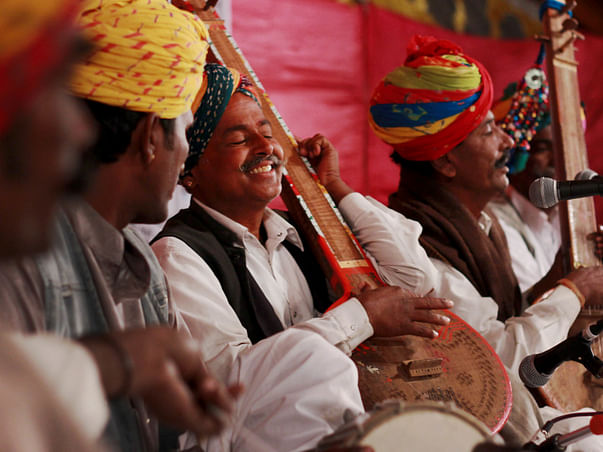 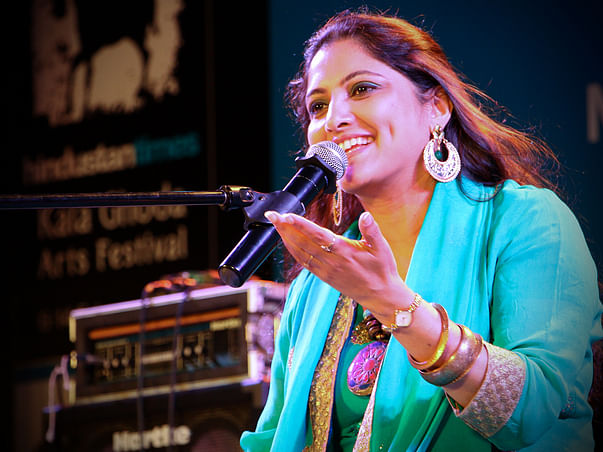 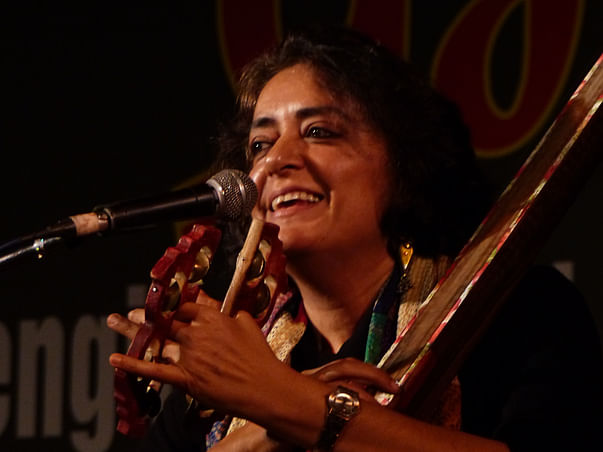 Previous Next
"Songs that lacerate, songs that heal. Songs that churn the soul and bring forth nectar." - Ajab Shahar
The Festival
"Koi Sunta Hai" desires to share the love for the poetry from the Bhakti and Sufi traditions, which contain within them the message of brotherhood, with audiences from all walks of life.

A musical evening at Nrityagram's iconic amphitheatre on February 23, 2019,, the voices of these poets will urge us to listen to our inner voice, to shed false pride, greed and hatred, and to joyfully embrace all humankind regardless of the divisions of caste and creed. In a city marked by great contrasts in terms of differences of faith, geographical origins, wealth and power, there is an urgent need re­connect with the secular democratic ideas embodied in this poetry which has long been a part of the country’s rich cultural traditions. The festival uses a rich and diverse treasury of performers in the Bhakti and Sufi traditions from across the country to promote the values of love and equality.

Making The Festival Happen
To make a Festival of this size possible, we use various means to limit costs. This year, Rohini Nilekani Philanthropies have extended their support matching up to 50% of the costs involved.

We have a budget of Rs 8 lakhs which will go toward the artists' travel, room, board, and supporting their work. It will also cover marketing, documentation, and in-­city travel. We are seeking your support by way of a contribution toward our budget for the Festival. Your contribution will go a long way towards encouraging our efforts.

The Artistes
Mahesha Raam belongs to Chhatangadh village near Jaisalmer in Rajasthan, and represents the folk style of the Meghwal community, who are the traditional carriers of the poetry of many bhakti poets including Kabir, keeping it alive through a powerful oral tradition. That Mahesha Ramji derives the utmost rasa from his music, that he tastes and savours its nectar, is amply evident when he sings. You can listen to him at https://bit.ly/2P6A9UE

Sumar Kada is perhaps the one of the  only remaining proponents of this rarest of rare music genres called Wai in India. Sumar Kada belongs to the village of Bhagadia in Kutch, Gujarat, and is a descendant of the Jat Muslims from Baluchistan who traversed the rugged terrain and colossal distances through Sindh and brought this invaluable genre to Kutch in Gujarat. If one were to imagine a form that might best capture a conversation between seeker and God, this might be it. No weary preliminaries, no pretty embellishments. The waai is a kind of a visceral cry, a weeping, a lament. You can listen to him at https://bit.ly/2FOjPIW

Smita Rao Bellur is a Hindustani classical vocalist and Sufi singer from the Jaipur-Kirana Gharana. A graded artiste of All India Radio, she has trained under P.R. Bhaagwat, Arjunsa Nakod, Bhalachandra Nakod. She is currently studying under Alka Dev Maarulkar for Khyal and Naasir–Nazeer Ahmed Warsi (Warsi Brothers) of Hyderabad for Sufiana music/Qawwali rendition. She is trained in Sufism by Dr. Ejazuddin Ashrafi and Murshad Hazrat Akhtar Ali Shah of Saigaon Latur. You can listen to her sing a Kalaam at https://bit.ly/2BG5aLH

Shabnam Virmani is a National award winning documentary filmmaker and artist in residence at the Srishti School of Art, Design and Technology in Bangalore since 2002. Co-founder of the Drishti Media Arts and Human Rights collective, she has directed several documentaries. She also founded The Kabir Project which has been an inspiration to several music festivals centered around Kabir and other mystic poets. You can listen to her at https://bit.ly/2DQJ0b9

The Curator
Masoom Parmar is a Bangalore based dancer, arts manager and curator. Trained in Bharatanatyam under Guru Kiran Subramanyam and Sandhya Kiran, his dance is marked by his emotive skills and neat geometry. He has also trained in Kathak, Odissi and Contemporary dance enriching his dance vocabulary. His work is a fine amalgamation of these styles and he aspires to create work that is honest, relevant and in step with the times now.

As an arts manager, he has worked with some of the finest artistes of the country viz., Tanusree Shankar, Mayuri Upadhya, and Rukmini Vijayakumar to name a few.

As a curator, he looks at tradition with a modern mind, to explore the past to create a new, imaginative future.

For more details on the project, write to koisuntahaifestival@gmail.com

The Poster is here! 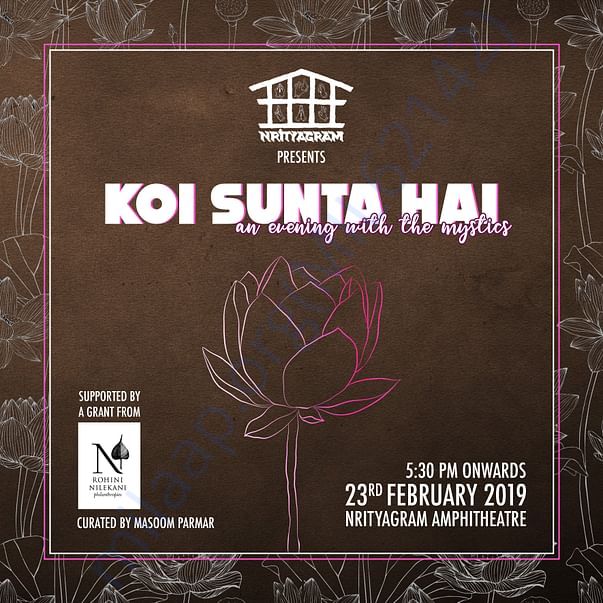 Mahesha Ram ji has arrived in Bangalore. Other artistes reach on 22nd night.


Thank You for all the support!
Dear Supporters,

Thank you all for your wonderful support.

The funds raised via this campaign will the utilized to book flight tickets of the artistes.

The artistes TLB details are booked and we are now working on the festival creatives. Visit our FB page - https://www.facebook.com/koisuntahaifestival/

Once again, thank you all.

Scan & donate with any app
check_circle_outline Download payment receipt
Report fundraiser
See how thousands are crowdfunding for their causes on Milaap
Rs.71,250 raised

Best wishes for the event! A small contribution from me.

Wishing you all the best👍💯

Best wishes for the event! A small contribution from me.

Wishing you all the best👍💯

You are sending a message to
Masoom Parmar
Go back 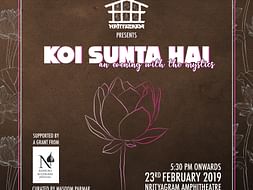