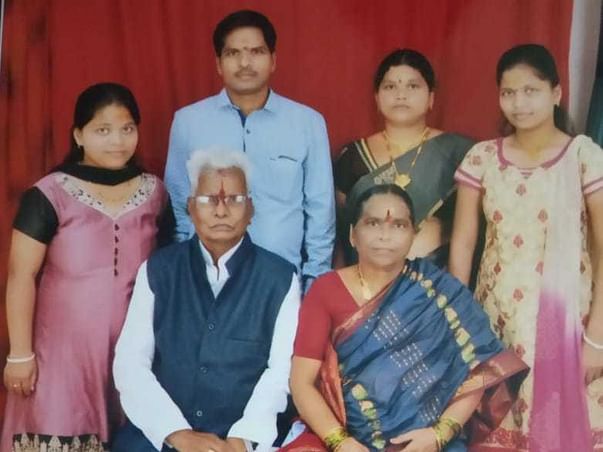 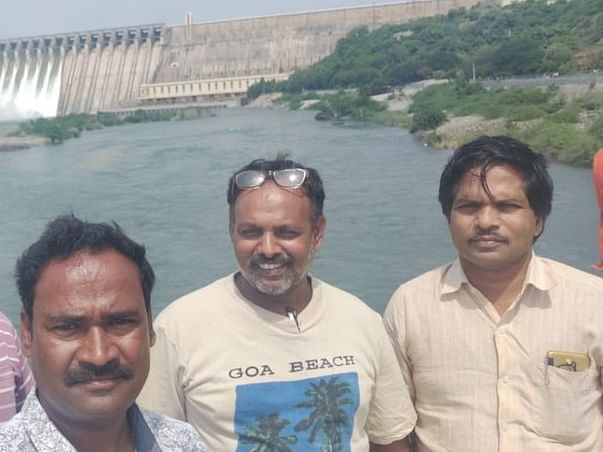 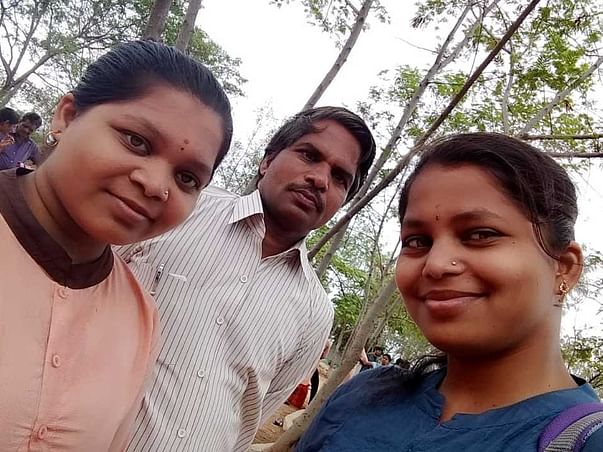 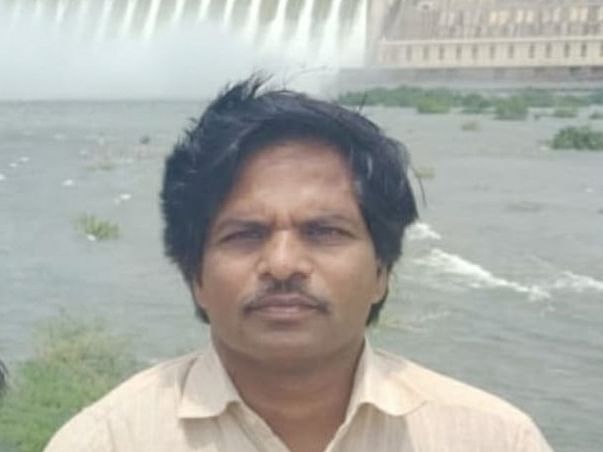 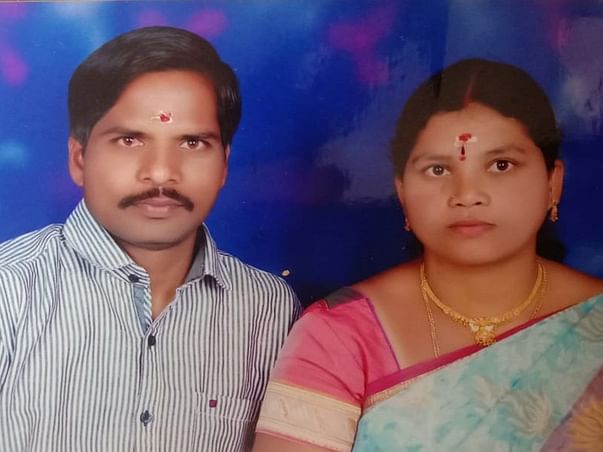 Share
In Brief:
Marka Narsimulu was swept away by floods, and drowned while taking a holy dip in Nagarjuna Sagar Pushkar Ghat. His family needs monetary help for livelihood, for supporting his elderly parents and for the education of his 2 daughters, since he was the only breadwinner of the family. Moreover, his body is not found, causing official proceedings to come to a halt. You may scroll down to read the full story.
A footage shows the unfortunate incident of his drowning: Man drowns in Nagarjuna Sagar
Please scroll down if you want to know more details of the incident:
I've known Marka Narsimulu and his family since childhood and they are some of the nicest human beings on earth. Narsimulu's family included his parents Marka Ramachandraiah (~75 Yrs old) and Kamala (~70 Yrs old), his wife M. Manjula, and his daughters M. Bhargavi and M. Madhavi. He was leading the family well through constant difficulties with dedication and determination. But the fate of the family changed forever on 12th August, 2019.

On that fateful Monday, at 5AM in the morning, 45 year old Narsimhulu, started to Nagarjuna Sagar from his home in Aryanagar, Zaheerabad with his neighbourhood friends. As he didn't go on many trips earlier, his family thought that this trip would give him a much needed break from his continuous grind, and also since it's a holy place (god's place).

He had just finished the formalities of his younger daughter's admission to a college. He was also making steady progress in his modest street business. He was content with the seemingly brighter future lying ahead, even though he was the only earning member of the family.

He reached Sagar at around 9AM along with his friends, and that's when the dam gates were being lifted one after another. The group had taken several pictures with the lifted gates as background, and after a while they went to the Pushkar Ghat at Shivalayam. All that they wanted to do there, was to take a holy dip before visiting the temple and proceed back home.

The water was already several feet higher than the usual level and barricades were completely submerged by a margin of more than 10 feet. Yet, there were neither caution hoardings, nor sentry guards. There were dozens of people taking holy dip in water at the ghat. Since all the gates were lifted, the crowd thought that the current water level was the maximum, and it's not going to rise any further. He was the last person from his group to take the dip. By a quirk of fate, while he was taking the holy dip, the water level suddenly rose, just enough for him to lose his footing on the ground and get washed away.

He struggled extremely hard to swim against the current, but within seconds he got completely submerged. Just the thought of what might have gone through his mind in those last few moments while he was trying to gain control over the fierce waters sweeping him away, gives me chills. A cautious, humble, honest, God loving, responsible, and down to earth father of two daughters, son of aged and ailing parents, and husband of a dependent wife, was disappearing under water. Within seconds, he’s gone. His friends and many onlookers screamed for help but couldn’t get any support in the vicinity.

Till date, i.e. as of 20th Aug, his mortal remains were not to be found, with all the close ones still praying for the improbable return. The family, with none being an earning member, has a really long road to recovery ahead, and any monetary help greatly relieves this burden.
The challenges lying ahead are:
1.       Taking care of the 70+ year old ailing parents
2.       Continuing the children's education
3.       Providing livelihood for the widowed wife
4.       Finding mortal remains of the deceased

The funds will go to the family directly to help them face these challenges. Thank you very much in advance for any support you can provide, and please share with as many people as possible.

Thanks and Regards,
Vinod Boppa