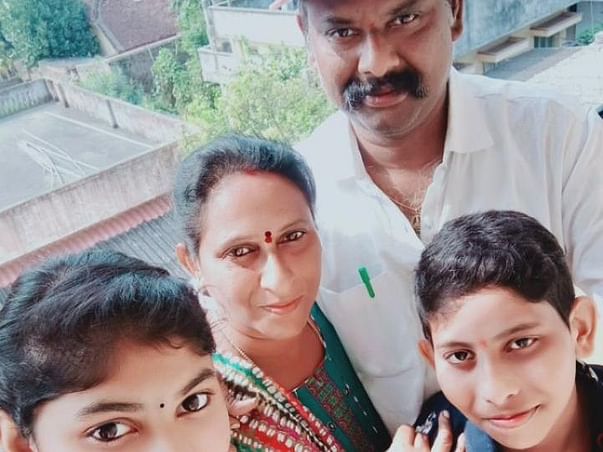 Share
Madhu Pasupuleti, my cousin Anjani's husband, 48 yrs old working in a administrative post in Vijayawada, breathed his last this Thursday 13th may leaving Anjani, a housewife, and 2 very bright kids Ujjwala (16), Jaswanth(13) behind.He succumbed to Covid after almost 20 days of a fight on a ventilator in a private Hospital in Vijayawada.

Madhu is a self-made person hailing from a very remote village in the Krishna district, working his entire life very hard to stand on his own, taking care of his immediate family and extended family without even giving a second thought. He doesn't even drink, smoke or have tea also outside as every penny is important for his immediate family and extended family

Hardly trying to meet his daily needs he didn't want to go to private hospital though he knows there is high risk for his survival as he wants to save money for his family needs in his absence however he has to be moved to private hospital 14 days back as government hospital could not supply oxygen he needed. He wanted to save money for engineering college admission for his elder daughter who is a bright student who scored 10/10 in her tenth and currently preparing for her 12th exams and that amount is also spent in initial days of treatment.
His hospital expenses stood out to be 5 laks and the housing loan EMI for the house they purchased 3 yrs back in outskirts is a huge burden for Anjani who never stepped out of family in the shadow of Madhu for anything. She is not educated enough and has two young kids who are very bright and she cannot support their educational needs. Their entire family has come on to roads and left with no money for their survival too.

Request you all to help raise funds for paying hospital dues and support to the family for survival.