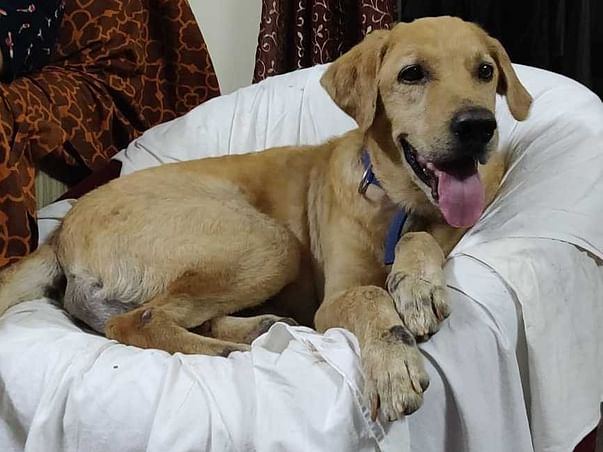 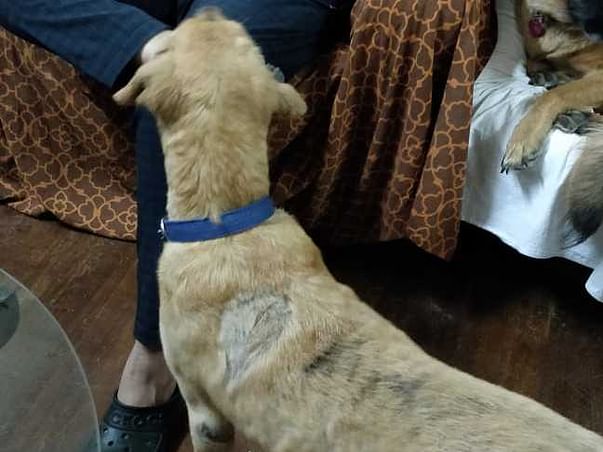 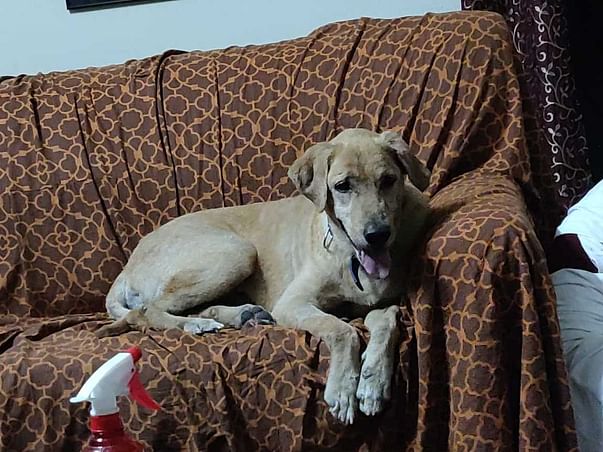 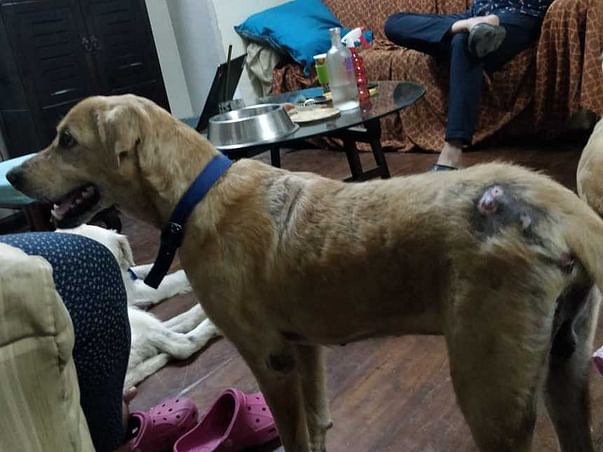 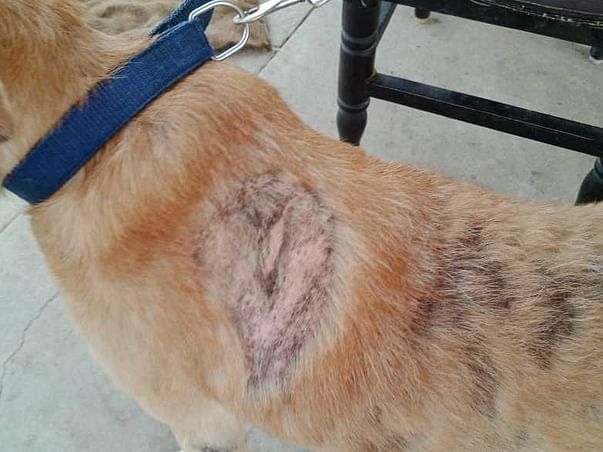 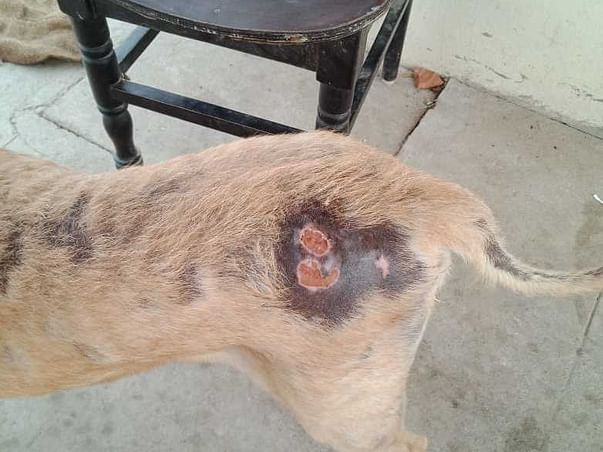 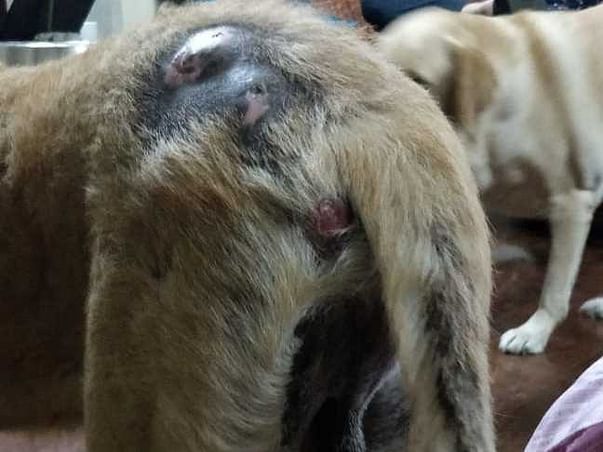 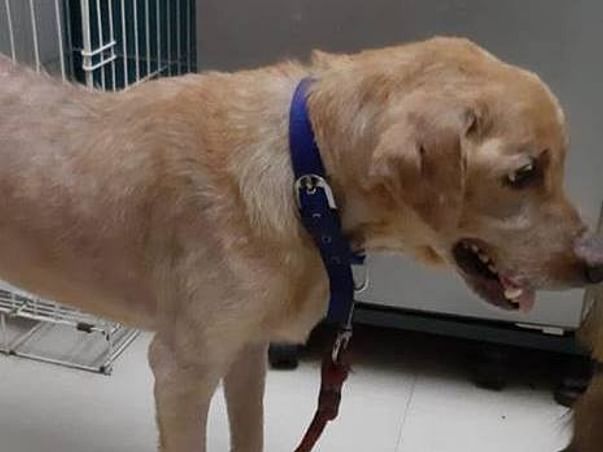 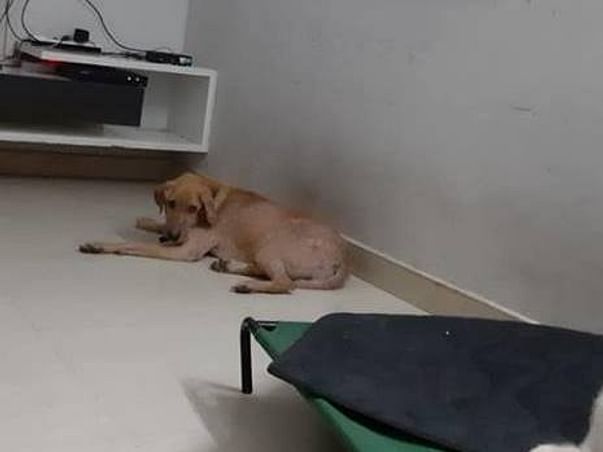 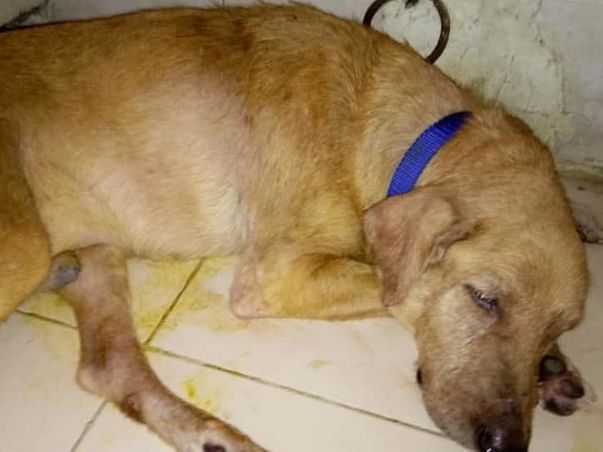 Share
Rambo was found, possibly abandoned by his family, on the streets of Anna Nagar, Chennai in October 2018. He was moved to two foster options but his condition deteriorated leaving the rescuers a little worried about his survival.

A volunteer from the associated welfare network happened to show his results to a vet in Bangalore who suggested that the rescuers consider euthanising him. This was based on a blood report that through up multiple problems including anaemia, severe leucocytosis with neutrophilia. His liver tests also indicated a possible hepatobiliary disorder.
This quite obviously didn’t sit well with the rescuers who then moved him to The Ark. He was treated for his conditions here and prescribed medication for the same. Specialised tests were carried out and Rambo was given a hypothyroidism diagnosis. This condition was at the root of his skin issues.
Rambo weighed around 27 kilos then and had a very sensitive and irritated coat. The fur had shed out in patches and he had a few spots without any fur at all.

Post his treatment there, he was moved to another foster. Unfortunately, there was a medication mix-up and his thyroid medicines were given to him with his food as opposed to before his meal, as it is supposed to be given, thereby cancelling out the effectiveness of the medication entirely. He was taken back to The Ark for a review and then moved to another home-based foster with who he spent a month with.

His rescuers learnt recently that he was underfed and not administered his medicines at all. In the month that he was at this foster, he dropped down to 22 kgs and developed fresh abscesses on his bum. His skin was a lot more irritated and his temperament also seemed a little different from usual. There were moments when he would slightly bare his teeth when he saw a hand being waved above his head. It also did not seem like he was given a wash as his coat looked excessively dusty. One can spot bruises and lesions over a few parts of his body as well. Rambo is also an unneutered male.

After being pulled out of this foster home, Rambo was taken back to The Ark for a recheck where he was boarded for 10 days.  He was also neutered during his stay here. The focus was on keeping his skin condition under control.

He is currently in my care. We are dealing with his hypothyroidism and skin issues. He also seems to have extreme trust issues and is an anxious 5-6-year-old. We are nursing him back to health and handling the psychological burdens of his recovery. The process, his medical conditions, his sterilisation surgery and the foster charges have all led to an accumulation of bills that we need assistance clearing out. We request you to help out in any way you can.