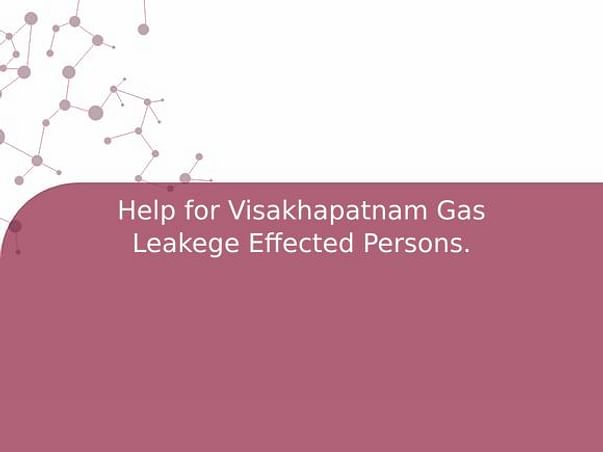 At least eight persons, including two senior citizens and an eight-year-old girl, are feared dead and over 5,000 sick after styrene gas leak from a chemical plant in Vizag on early   morning today. Some trees are burn and Birds and animals also died.
The incident led to panic among locals in the 3km-radius area. Many People were seen lying unconscious on roads and while some faced Breathing Difficulties and some people are complained rashes on their body and soar eyes.
Chronic (long-term) exposure to styrene in humans results in effects on the central nervous system (CNS), such as headache, fatigue, weakness, and depression, CSN dysfunction, hearing loss, and peripheral nephropathy.
Health effects of styrene include irritation of the skin, eyes, and the upper respiratory tract. Acute exposure may also result in gastrointestinal effects. ... Provides an Immediately Dangerous to Life or Health (IDLH) document that includes acute toxicity data for styrene. Due to this We badly need of Help for Real and needy effected Persons. Its a Bad situation and Government also unable to support Some times also. We are Humanitarians and we must support for those effected Persons by any type.

Support for those effected  Persons in any kind.

We need support for their families due to Lock Down.