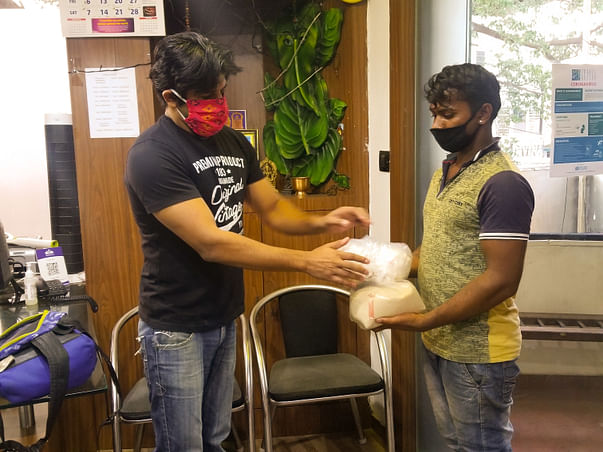 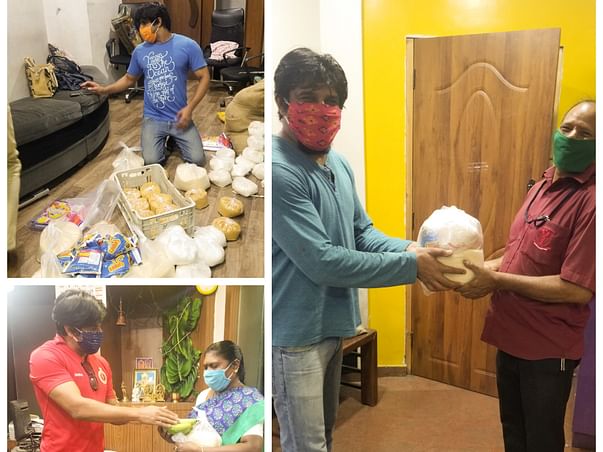 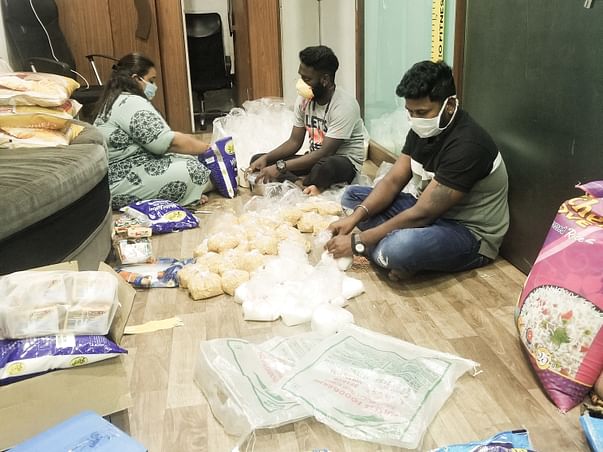 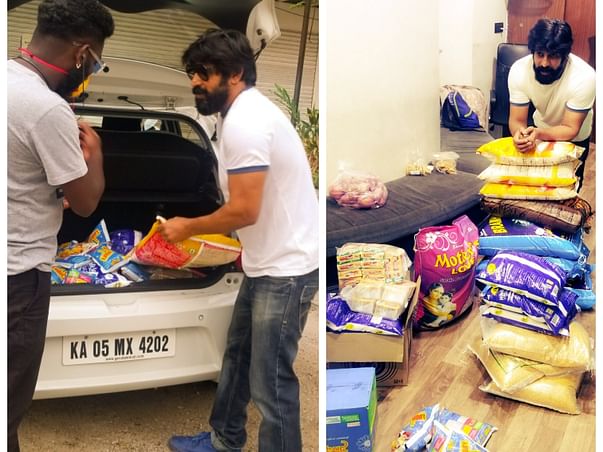 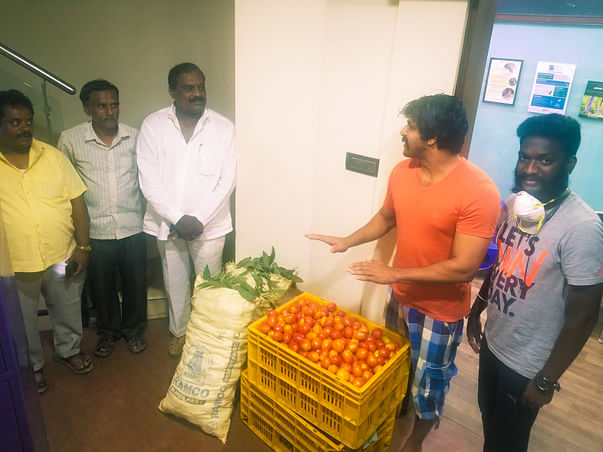 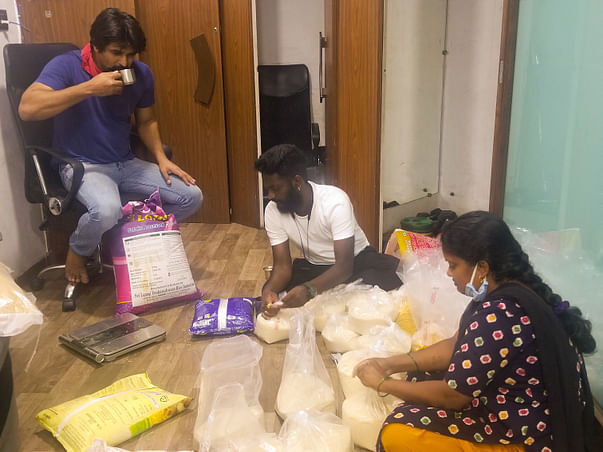 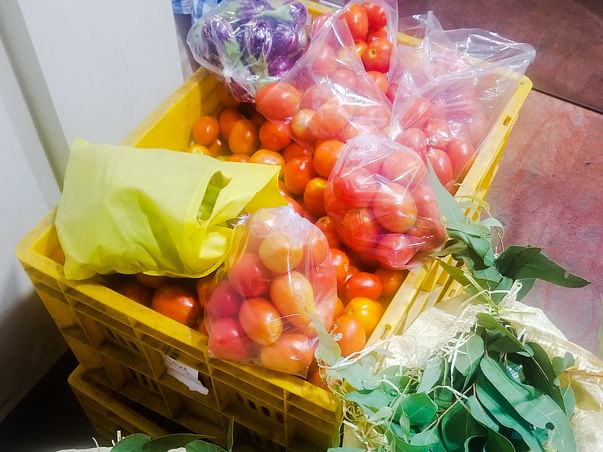 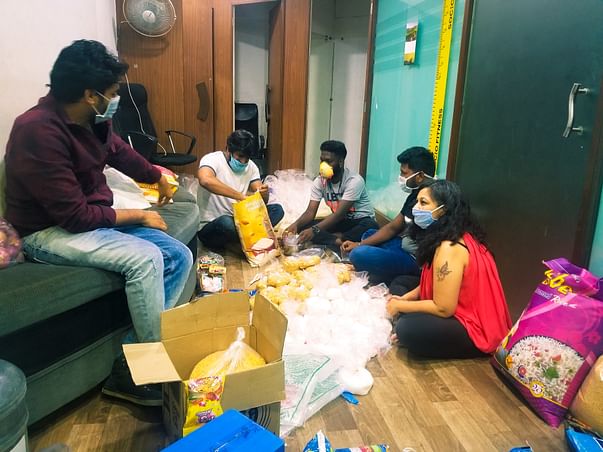 Share
Who we are ?
Hello, I am Karthik T P Hebbar, an entrepreuner, an actor, a fitness enthusiast, a movie maker & a socialpreuner.
I have been closely associated with the Health / Fitness Industry & the Film Industry.
We as Enigmaatik Movies, which is a self funded independent film making venture have associated with many Single Screen Theater Workers, Artists who are out of work, Independent Film Production workers etc.
Film Production, Theater employees have been impacted heavily because of closure of business due to the ongoing Covid crisis. It is yet to know when the Cinema halls & theaters will be opened.
We run a health establishment called SocioFitness which primarily is into group activity fitness workouts across Bengaluru.
Established in the year 2015 , Socio is a self funded fitness studio which caters to Power Yoga, Shuffle Workout , Zumba, Aerobics and various types of Dance Classes.  We have conducted many Social drives earlier to help people suffering from heart aliments in the form of marathons called Run for a Beat , event called Go Zumba and many more.
What have we done so far ?
We have taken up the initiative from the day the Covid Lockdown was announced & helped those who are in desperate monetary situation.
We have bought and packed ration kits in our premises & distributed to the families who are struggling to make ends meet. The photos have been updated in the progress.
We have given ration kits to  the house keeping staff, film artists, hospital maids who were out of work , maids in our locality, construction workers who were left high & dry , security personnel.
We have helped few farmers whose vegetables were getting wasted because of less demand in the market . We have sourced vegetables & fruits directly from them and distributed to the families of the staff, maids, workers and the likes.
What is the Goal of this Fund Raiser ?
Socio is creating this fund raiser to address the current financial situation of people directly/indirectly involved with Socio Fitness, the Single Screen Theater Employees, Independent Film makers  & many Film Production workers who have been facing extreme difficulty due to the current Covid situation.
We have Physical fitness experts,  trainers, consultants and support staff who are directly dependent on income from Socio.  The lockdown of fitness studios and gyms, cinema screens, independent film activities was announced on March 14th at Bengaluru by the Government of Karnataka and ever since then the studio & venture has no revenue generated.  This has impacted livelihood of many.
To whom will the fund raiser be used for ?
This fund raiser is to address the financial difficulty of the Fitness trainers,  Theater Employees who are out of work, Film Artists, Independent film makers who are facing crisis, consultants, support staff and their families.
Any contribution you make will go a long way in taking care of those who have been standing with us.

How can you support us ?