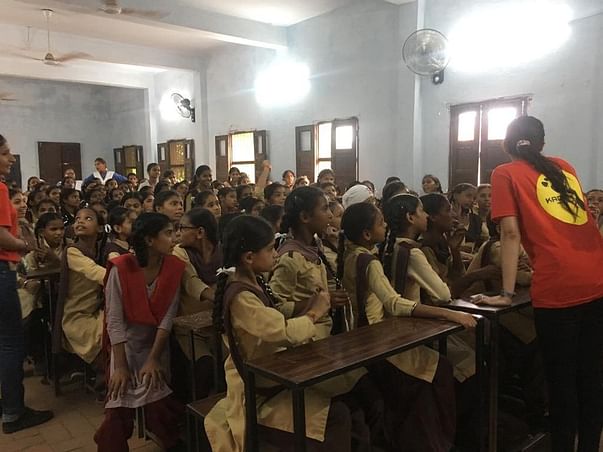 Share
We, at Kadam, has initiated an awareness campaign on Menstruation - #BloodyPure, where we educate both boys and girls on menstruation and it's taboo around India. We are doing this campaign around the rural areas near Coimbatore, Chennai, Bangalore and Amritsar. We aim to continue this campaign to the government schools in rural areas.
During one such visit to a government school near Amritsar, we found out that many children are not aware of the various alternatives to sanitary napkins like cloth pads, tampons and menstrual cups. When we told the students on usage and disposal of sanitary napkins, we felt that the cloth pads would be a much better alternative to sanitary napkins because it was difficult for them to afford sanitary napkins every time they menstruate.
We took this up and researched, only to find that:
1) Not every girl uses sanitary napkin in rural parts of India during menstruation and one of the important factors is the affordability of sanitary napkins during menstruation.
2) According to a Goonj - there is no official data on menstrual waste in India, but on an average, a woman is said to have over 3,000 days of menstruation. There are about 300 million menstruating women in India, and as per some surveys hardly 10 to 12 per cent of them have access to or can afford sanitary napkins. Even if we take 10 to 12 pads as a woman’s monthly consumption per month it is almost a million kilograms of waste that is being generated even today. And we all know this is non-biodegradable. No one is taking responsibility for the disposal of this waste.
Considering the above statistics we have planned to provide the girls from 9th standard to 12th standard across the different schools we would visit in the upcoming months till February. We are aiming to provide the cloth pads to at least 1600 girls during this period.
Please help us reach the goal, and if you are around the areas we do the #BloodyPure campaign, we also encourage us to join us in promoting menstrual awareness to both boys and girls.