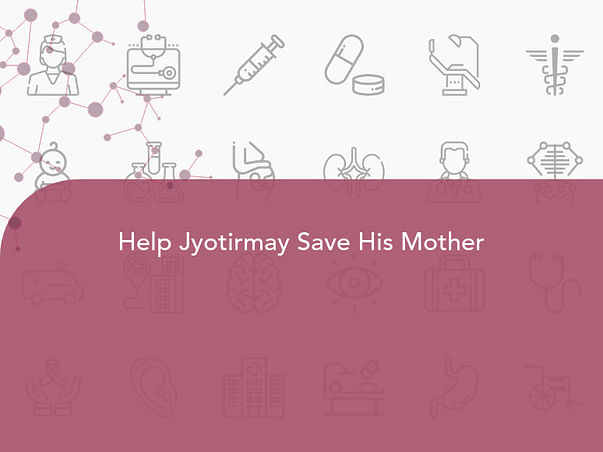 Share
An ill-fated incident took place on 24/05/2019,around 6:00 pm when Jyotirmay's mother Smt. Kasturi Chatterjee met a severe train accident and was injured traumatically on her way back home.In this accident she suffered multiple bone fractures and internal organ injuries.People nearby station took and admitted her in Uttarpara State general Hospital.Currently,she is admitted in "Medica Superspeciality Hospital,Mukundapur,Kolkata where she is admitted in ICU and has been under constant monitoring,struggling life with grievous pain.
Jyotirmay Jyoti is a final year B-tech student in Institute Of Engineering and Management (IEM),Kolkata. Unfortunately, He recently lost his father due to severe brain-stroke six months back. Also he himself went through critical ear surgeries due to internal complications of ear drums around two months back.Following these incidents in such a small span of time,which is sheer bad-luck,his family is financially exhausted. And the cost of treatment of his mother is increasing day by day.
Currently Doctors have estimated overall expense to be atleast Six lakhs Rupees.It is kind request to all the readers to help Jyotirmay in his tough phase,in which ever way possible,because he does not have any earning member in his family .Lets stand with him and pray for quick recovery of his Mother.