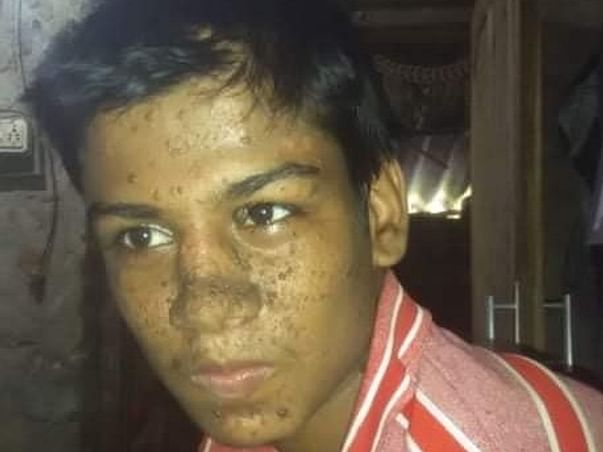 He is my brother Jitendra Biswal , a 15 year old boy from Balasore District of Odisha has been suffering from Leukemia since birth which is very dangerous and we are unable to cure him due to financial difficulties. We have tried our best for his treatment but due to heavy treatment fees we are helpless now . He is the youngest son of the Family among with his 2 sisters and one elder brother . His Father is a Farmer which leads to financial difficulties for his Treatment . We have admitted him AIIMS and after that they said it’s very dangerous  but can be cured for betterment  so he needs proper treatment which requires  a lot of money which the family can’t afford . Sometimes he acts like a paralised boy  when he gets brain attacks and starts vomitting and starts shouting which is not controllable for a normal person to handle him and other times when he feels good which is very rare ,He is such a innocent guy who always smiles and makes your day better . Pray for him and support him so that he can see a better day in his life . This funding is for his Leukemia Treatment.

About Leaukemia :
Leukemia, is a group of blood cancers that usually begin in the bone marrow and result in high numbers of abnormal blood cells. These blood cells are not fully developed and are called blasts or leukemia cells.Symptoms may include bleeding and bruising, fatigue, fever, and an increased risk of infections.These symptoms occur due to a lack of normal blood cells.Diagnosis is typically made by blood tests or bone marrow biopsy.