Janardhana lost his leg and need your help to walk again | Milaap
This campaign has stopped and can no longer accept donations.

Janardhana lost his leg and need your help to walk again 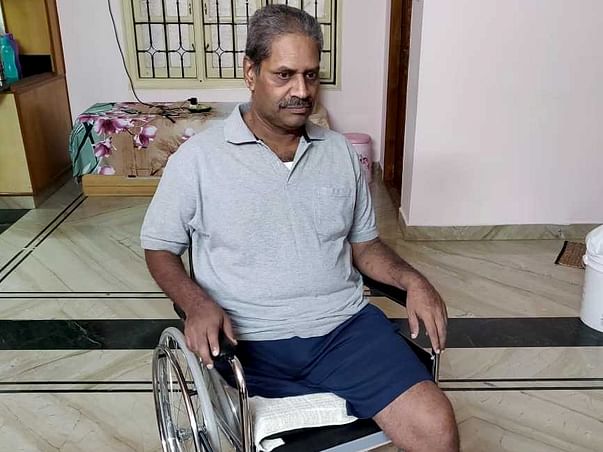 My name is Srinivasan and I am here to fundraise for my Uncle, Mr. Janardhana.

A tireless man, who held the hands of his two daughters and taught them walking, who toiled through his life to make them stand up on their feet, now requires help to stand up and walk on his own feet.

Mr. Janardhan was visiting his daughter's family in northern ireland after his retirement, to spend just 2 months with his grandchildren, when all of a sudden in August 2018, fate took its ugly turn. What started as a wheezing complaint, soon changed to a life changing situation for the whole family. He was taken to hospital to treat the same, however his ECG showed abnormalities, and was shifted immediately to the cathlab of The Royal Victoria Hospital where he collapsed on his daughter’s shoulders, with a sudden cardiac arrest.

A heart which was beating relentlessly, stopped for nearly 5 minutes and the cardiology team had to perform CPR, and after 3 hours of persistent prayers from the family and hardwork from the  medical team, he was nothing more than just alive.
Doctors declared that chances of his survival were very minimal. Angioplasty was done and stents were placed for the blockages.
Doctors gave us the shock of our lives that he was suffering with ischemia of his leg and it needed to be amputated in order to save his life when he was still unconscious in ICU battling for his life.
The whole family was devastated. It was a life or limb situation. Doctors had to amputate his leg above knee , poor gentleman was not even aware that a part of his body was being removed while he was unconscious for more than two weeks. As a family we were in such great distress and did not know what to answer him when he would wake up to see he had lost one of his legs. We were terrified, how he would accept this, and we were scared that this will again be a shock to him. He was on sedation and was not aware of what was happening around him.

We don’t know why we were being given so much agony back to back , Doctors had to amputate the rest of his leg for the second time again upto the hip which is called hip disarticulation.
He had multiple organ failures  where his kidneys had stopped working , his lungs was filled with water and his heart was so weak.
The family spent nearly 5 months in the hospital,he lost all his body mass, lost a leg, lost a normal life, in a foreign land and can never again walk on the feet that he was born with.
Little did he know that he will have this sudden cardiac arrest, which would arrest his life on a wheel chair.

When Mr. Janardhan arrived in the hospital he was in a very critical condition but thanks to the hospital medical staff and also the strong will power of the family that saved his life. Tragically, they had no choice but to amputate his right leg up to his hip. After fighting all these odds he is slowly recovering from his amputation wound.

We are raising money so he can get the treatment to help him get back on his feet, fully recover and be able to move and think like he was before.
He has been a role model, fight against all odds. He is thoughtful, genuine,kind hearted and always helped others  before being asked, and he makes things happen before you know that they even need to happen.
Now he needs help to get up and running.

Please donate heartily to help offset the costs of his prosthesis leg , rehab, physio-therapy ,his present and future care. Please also spread the word by sharing it in your friends and family circle.

Do contribute and share this campaign link with your friends and family. 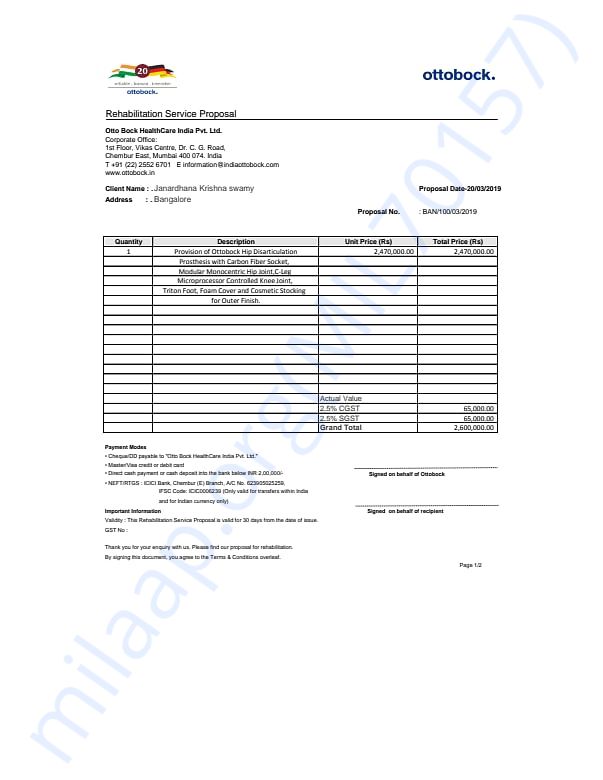 We will be using the funds generated for Mr.Janardhana's Prosthetic. Please keep supporting him.

S
You are sending a message to
Srinivas
Go back 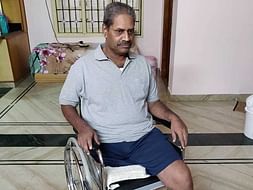 Janardhana lost his leg and need your help to walk again