Help, He is Mohammed Yameen, he was 35 years old, he died at the age of 35 years. On December 18, 2020, he suddenly had a stomachache and was admitted to Talwar Hospital in Delhi. And they made them feel like they were not urinating. He was then admitted to AIIMS, Delhi. Below is the report of the death of AIIMS 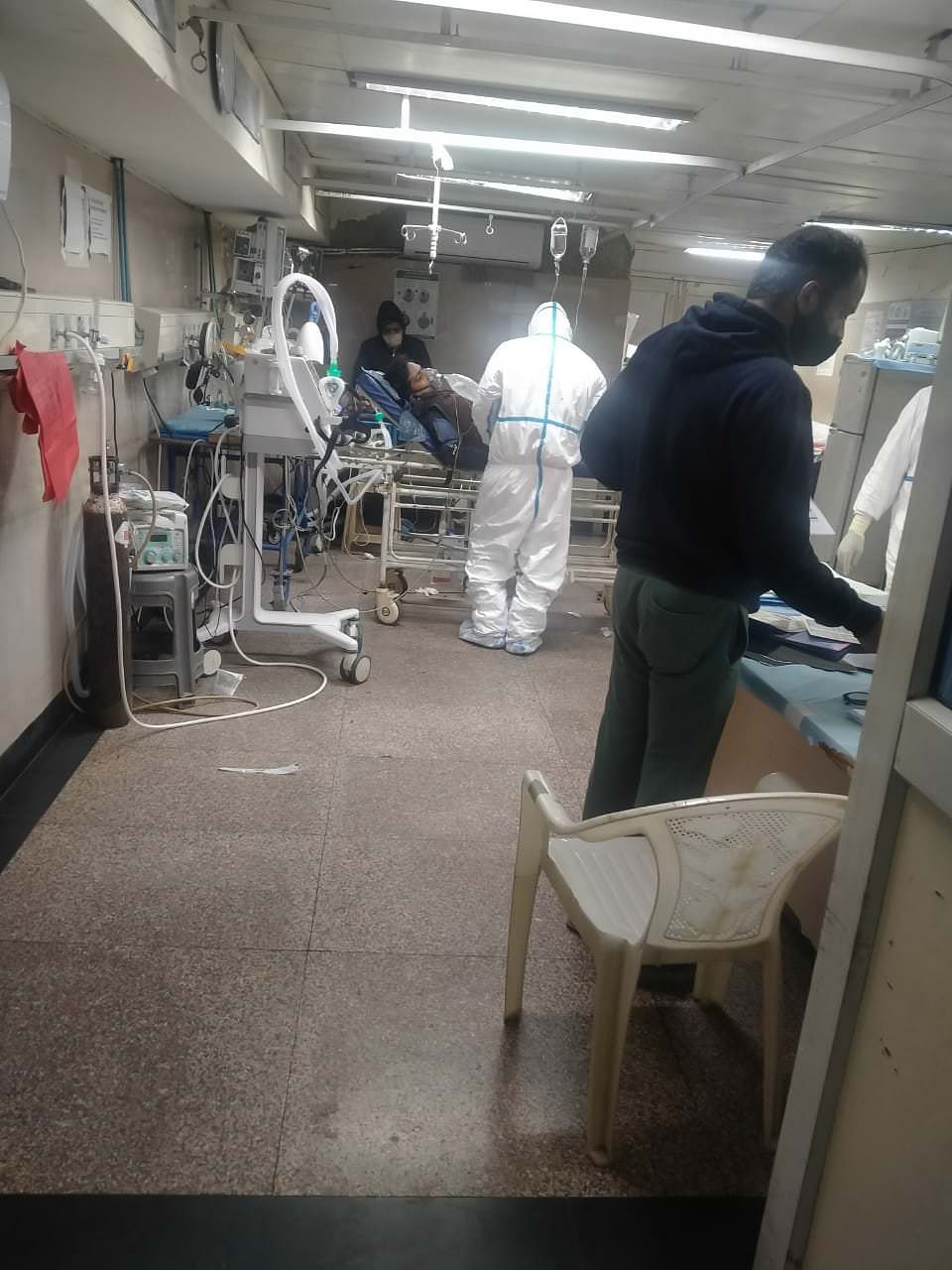 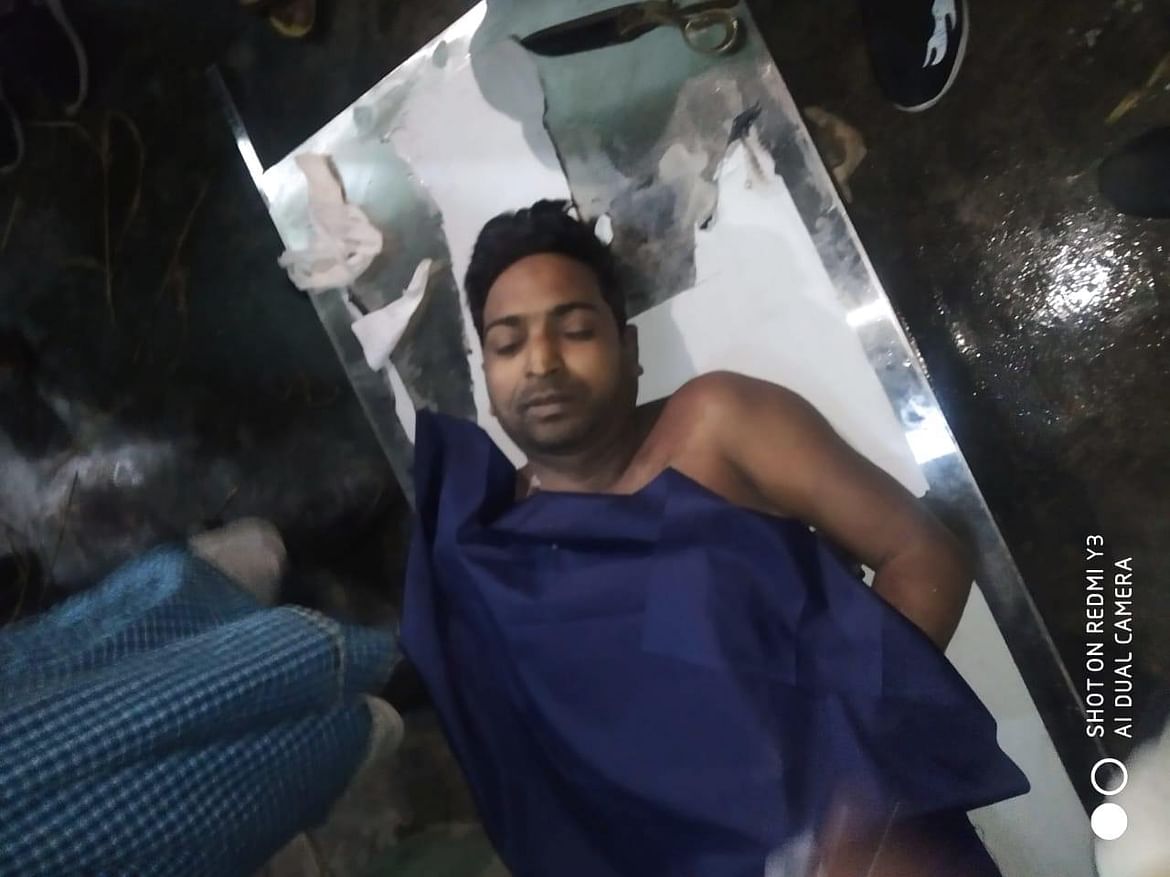 He was admitted to AIIMS in Emergency. He was admitted to AIIMS on 19 December 2020. By the time he had given 7 bottles of water, he could not urinate. And he also had stomach infection, due to which the infection went into kidney, lungs and kidney. AIIMS doctors were saying that if they started urinating then everything would be fine but my brother did not get urine. And on December 22, 2020, at 5:20 am, the doctor proved him dead. My brother married my elder sister on July 6, 2020, I am his younger brother, I am 24 years old, I study now, we were two brothers. The staff of Talwar Hospital has been paid by the staff, my brother used to work in a parlor. This Parlor is known as Vanity Lounge in Chitaranjan Park. My family now has a sister older than me, who is to be married and my brother also has two daughters, one is 13 months and one is 5 years old, we do not have any land. My house was running due to the work of my dead brother, Yameen, my brother left this world within 4 days. Everyone is regretting my brother was very sociable and never thought of anyone
You all help us. All you donors help us. So that these children can study and get married and have some ease in living life. Thank you all for this contribution.
AIIMS death certificate below: 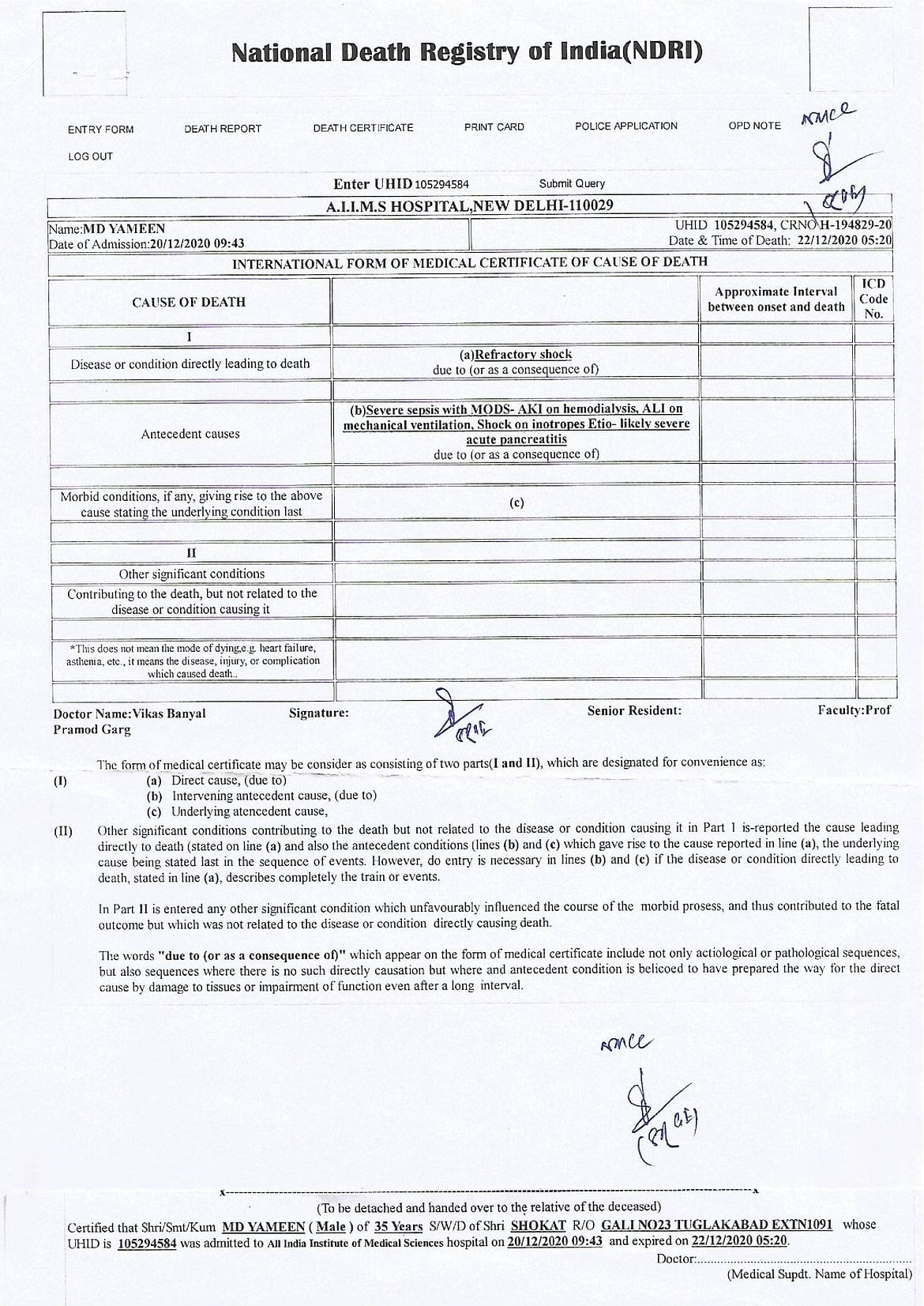