Help My Husband Jagdish Fight Blood Cancer | Milaap
Milaap will not charge any fee on your donation to this campaign. 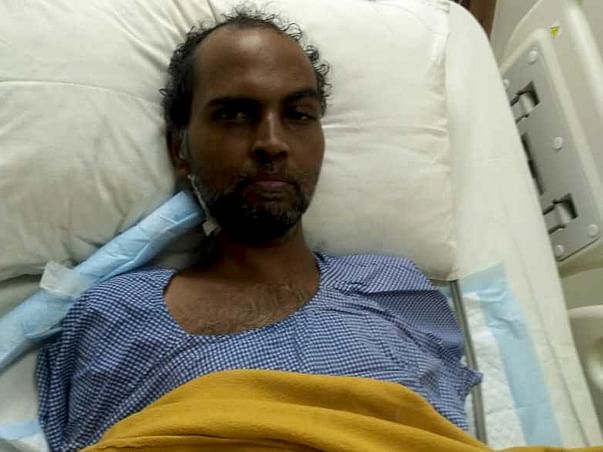 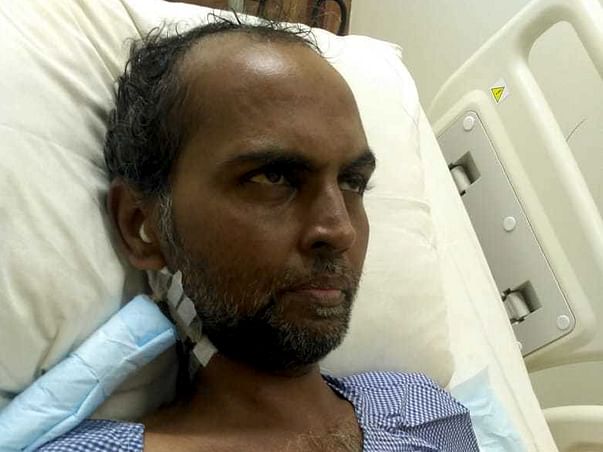 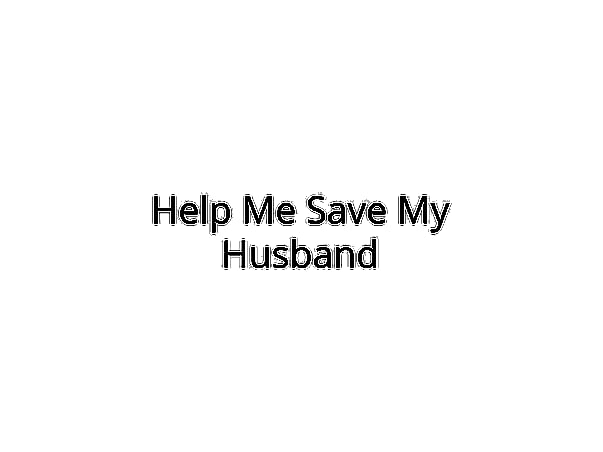 I am fundraising for the treatment of my husband Jagdish please help. Everything  was going on well and he was happy with his meagre income as a small cable operator earning hardly 10000 per month.
We got married in 2012 and was happy with his little income but in the late 2013 he has started pain in his legs which we thought is normal pain and will go away with painkillers but the painkillers didn't work and the pain kept on increasing. After consulting many doctors in January 2014 we came to know that he is in grisp of Acute Lymphoblastic Leukemia, a type of blood cancer that spreads quickly and can be fatal within months. Though we was not able to afford treatment but at that time with the help of relatives and friends we managed treatment through chemotherapy and radiation therapy which lasted for about 2 years spending around 12 lakh. We were happy that the disease will not scare us any more and started our normal life.                                    But unfortunately in April 2018 the disease relapsed (occured again) and doctors suggested only possible cure now is  Bone Marrow Transplant which is very expensive costing around 30 lakh. Since we could not  afford the amount he kept on enduring pain and started taking Ayurvedic medicines with the hope of recovery but it didn't work and all the time he has been in severe pain and deteriorating health. We tried every possible cure which we could afford but nothing worked.
During the period of 8 months since relapse of disease we have borrowed about 3 lakh for his treatment and continuously borrowing. He also lost most of his customers of his cable during this time for there was no one to look after it.

On around 4 Feb 2019 he started weeping in pain in whole night and said that take me to any hospital, I can not bear pain any more.

Some how we pledged everything we had and took him to the HCG NCHRI Cancer Centre Nagpur. Though the doctors were so co-operative but they also suggested only possible cure to be Bone Marrow Transplant.


On 12/02/2019 hospital gave an estimate of Rs. 29.00 lakh. I asked help from relatives but they had already helped us much and this time they were also not able to help us much. I went to govt agencies and submitted the documents but still no help received yet and they also say that if received help will be only about 50 thousand.

I haven't even played with my girl. - says Jagdish

Below is the estimate from the hospital and other reports. 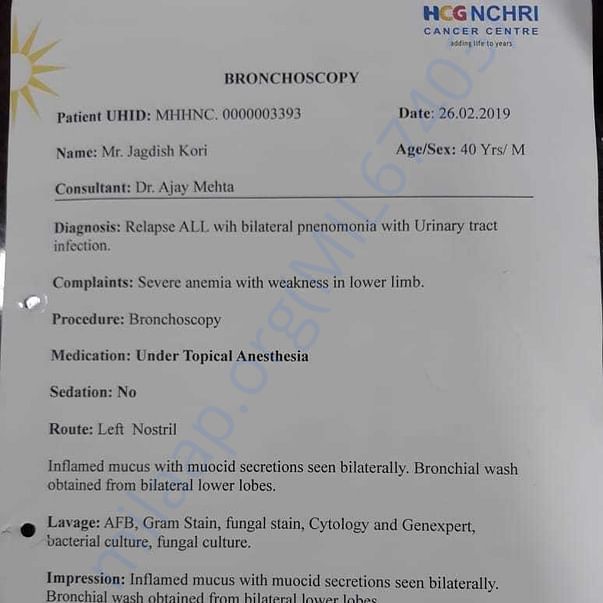 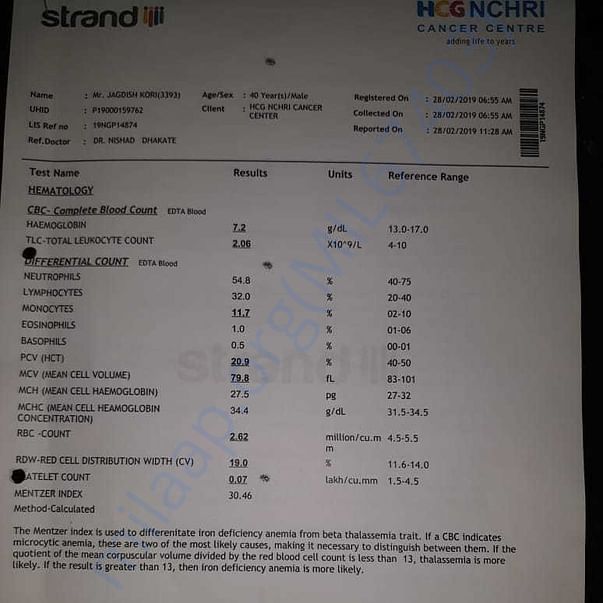 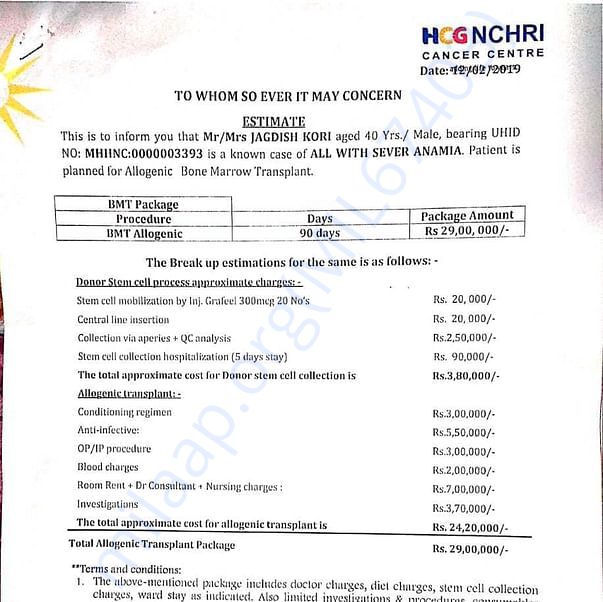 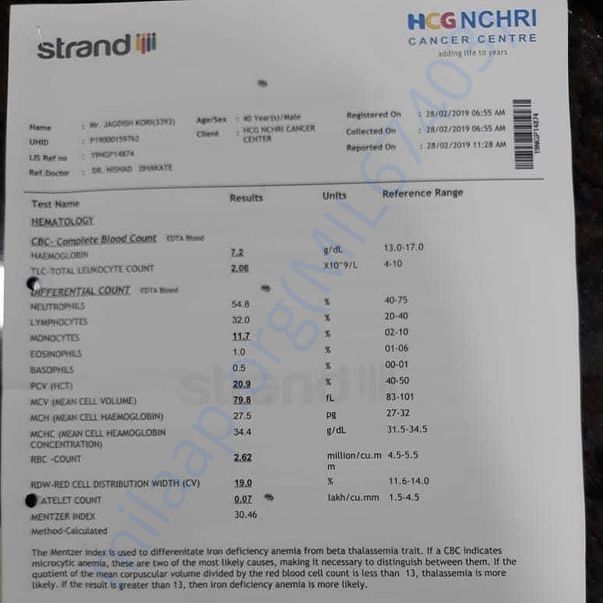 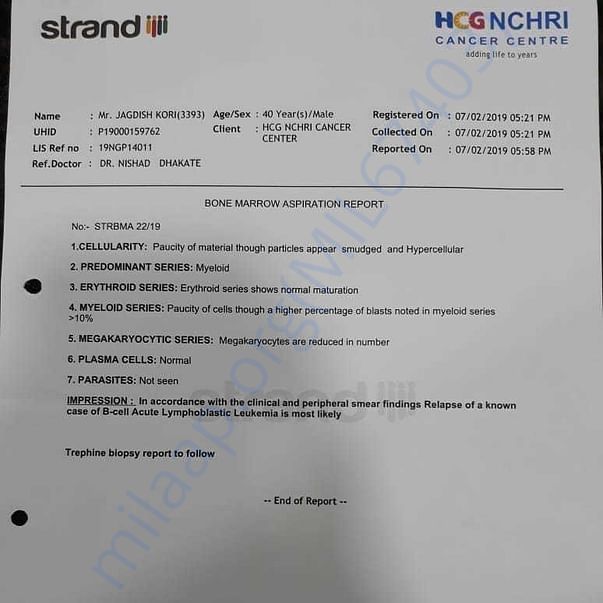 Scan & donate with any app
check_circle_outline Download payment receipt
Report fundraiser
Know someone in need of funds for a medical emergency? Refer to us
Rs.7,564 raised 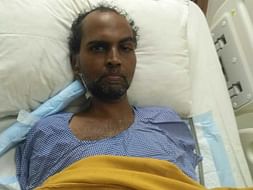