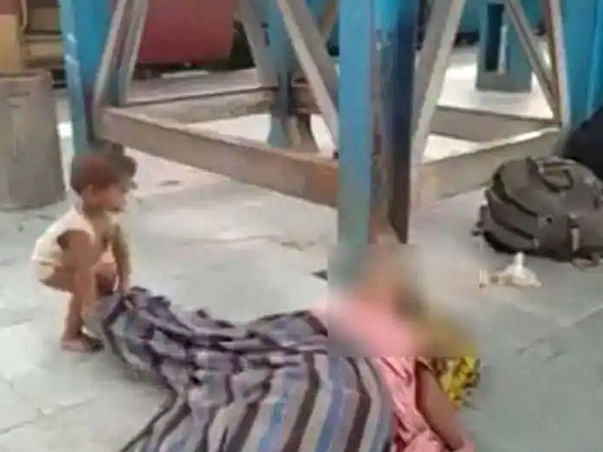 The woman, Arvina Khatoon (35) a resident of Katihar, was already ill for the past one year and her condition suddenly deteriorated, and on Monday (May 25) at around 12 noon the woman died in the train.
In a scene that is heart-wrenching, a video has gone viral of the woman's toddler son who has seen her approaching her dead body kept at the railway platform in Muzaffarpur. The son is seen trying to wake up his dead mother, then he gets distracted and starts playing around her.

This fundraiser is for her children's education and better living.

Donate
0%
Be the first one to donate
Need Rs.60,00,000
Card, Netbanking, Cheque pickups
Or Donate using