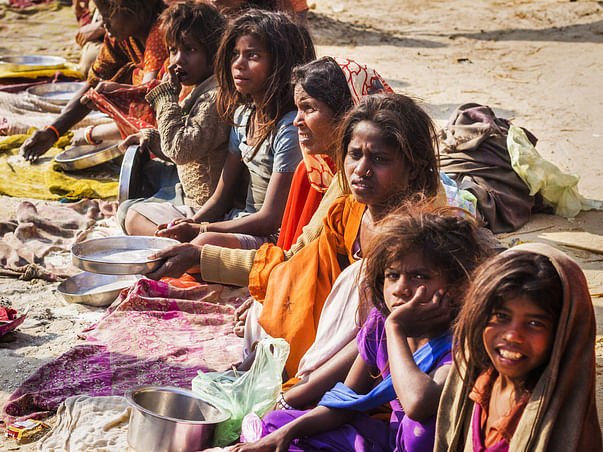 Millions of people around the world are simply too poor to be able to buy food. They also lack the resources to grow their own food, such as arable land and the means to harvest, process, and store food. There are many causes of poverty that contribute to the problem of world hunger.
Why hunger is a big problem in India?
The primary reason for this is starvation – a vast section of Indian citizens are still beyond the ambit of nutrition and food security. There had been several incidents regarding this problem but there was no official acknowledgment of those problems from either the state or the Centre.
Who We are:
We are a small group of people that wants to feed poor and needy people in Agra. We want to help poor and needy people by giving them hygienic cooked meals.
What do we wish to do:

We want to serve the poor and needy people in Agra. We are planning to serve more poor people because hunger pervades everywhere. There are some specific areas in Agra where many poor people live and they don't even get proper one day meal.

Hunger is the main problem in India. Extreme hunger and malnutrition remains a barrier to sustainable development and creates a trap from which people cannot easily escape. Hunger and malnutrition mean less productive individuals, who are more prone to disease and thus often unable to earn more and improve their livelihoods.

We want to provide hygienic cooked meals to poor and needy people because hygiene is the first priority for us and we know the importance of hygiene in cooking. We don't want to starve someone because many people die due to hunger. We know it will take time but we have to start it anyway.


We need some contribution for these poor and needy people because we need to arrange ration and many things for them. The funds raised will be used to provide food to the poor and needy ones.