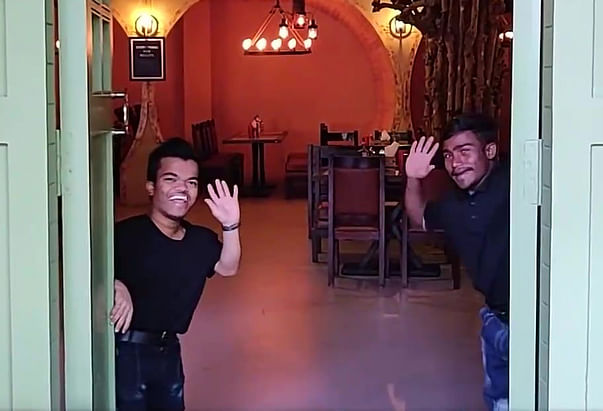 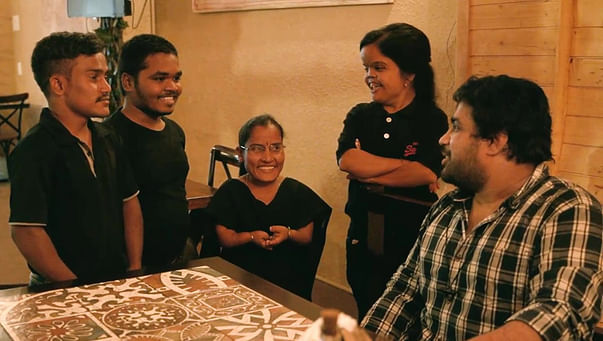 People with Dwarfism are amongst the most ignored of communities in our society. They have always been subject to discrimination and this is one attempt to put them on the front and show to the world that they are no less. Most of the little people who work at Hobbit Café got the opportunity to work for the very first time in their lives. Some of the staff members with dwarfism also have other disorders including hearing impairment and locomotive disorders. Each of the staff members have a story of struggle, survival and inspiration.
In every aspect of their life, they face challenges due to discrimination shown by society. Some of them have been searching for jobs for years but were rejected every single time only due to their short stature. At Hobbit Café, they get to work freely with other people with dwarfism who can share their concerns, struggles and feelings. The restaurant has been not only a source of income for the staff with dwarfism but also a voice of the community of dwarfism. The restaurant is an example which shows that the people with dwarfism are as capable as anyone. 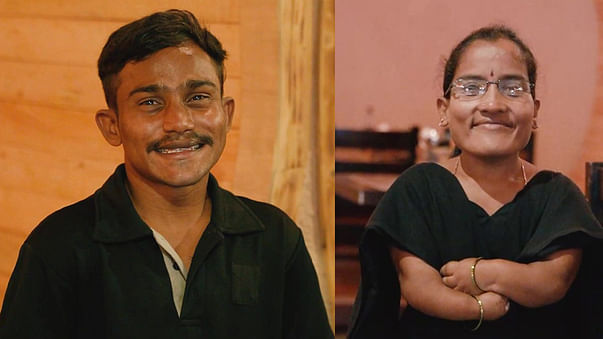 23-year-old Rajshekhar hailing from a village in Anantpur used to milk cows and sell the milk along with his father. The family used to get an income of 4000-5000 rupees per month. Along with being a dwarf, Rajshekhar also has a hearing disability. He is partially deaf. After being promised a job in Bengaluru by different agencies, Rajshekhar visited Bengaluru twice and returned back with no hope. The job at the Hobbit Café is his first formal job.
In her mid-thirties, Chamundeshwari was thrown out of the family due to internal issues. Following that, she applied for a job in a pharmacy in Andhra Pradesh. Chamundeshwari had to bottle up a lot of discrimination at the workplace and finally quit her job. Due to the fear of discrimination, she stayed at home for two years after which she was hired at the Hobbit Café. The other staffs too have had both economic and social struggle who have now found a home in the Hobbit Café. 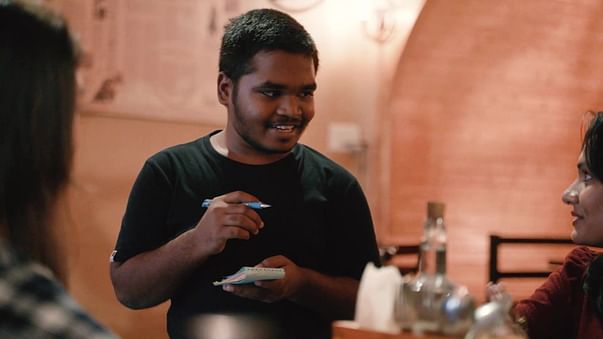 Impact of Covid:
The Covid 19 pandemic has put all their futures at stake who are mostly the sole bread winners for their families. The restaurant had to be shut down for 6 months due to lockdown. In those months of lockdown, Hobbit Cafe supported 40+ staff of dwarfs and other migrant workers who work mostly in cleaning, cooking, etc. But now, it has become difficult for them to continue to support such initiatives. They have no option left but to close down permanently but they need to somehow support their staff.
"It took ages for us all to give them the respect they deserve. We have shown the world that they belong to it as much as we do. Its time for us all to come together again in giving these little people their wings back. This crowdfunding campaign is our last hope to keep Hobbit Café alive and continue support the people with dwarfism"- says 28-yr-old Karthik Sagiraju who left his job as a business analyst to start the cafe.
Your donations will keep Hobbit Cafe from shutting down and give continued hope to its employees.

Thanks to all your kindness, we just reached 30% of our target. We still have a long way to go to survive this and come out winning this battle. Please continue your support by sharing it with as many people possible.

Ex : Creating a *Broadcast Group* on whatsapp and sharing the link with everyone on your contact list

We cannot thank you enough for your monetary support. And now we thank you in advance for sharing and helping it reach more people.

Thanks to all your kindness, we just reached 30% of our target. We still have a long way to go to survive this and come out winning this battle. Please continue your support by sharing it with as many people possible.

Ex : Creating a *Broadcast Group* on whatsapp and sharing the link with everyone on your contact list

We cannot thank you enough for your monetary support. And now we thank you in advance for sharing and helping it reach more people.

We are thankful for everyone who has donated till now but we still need your support. Please share this with all your contacts and help us reach as many people as possible.

Scan & donate with any app
check_circle_outline Download payment receipt
Report fundraiser
See how thousands are crowdfunding for their causes on Milaap
Rs.586,198 raised

Bad times never continues. You will bounce back.

Bad times never continues. You will bounce back.

You are sending a message to
Karthik
Go back