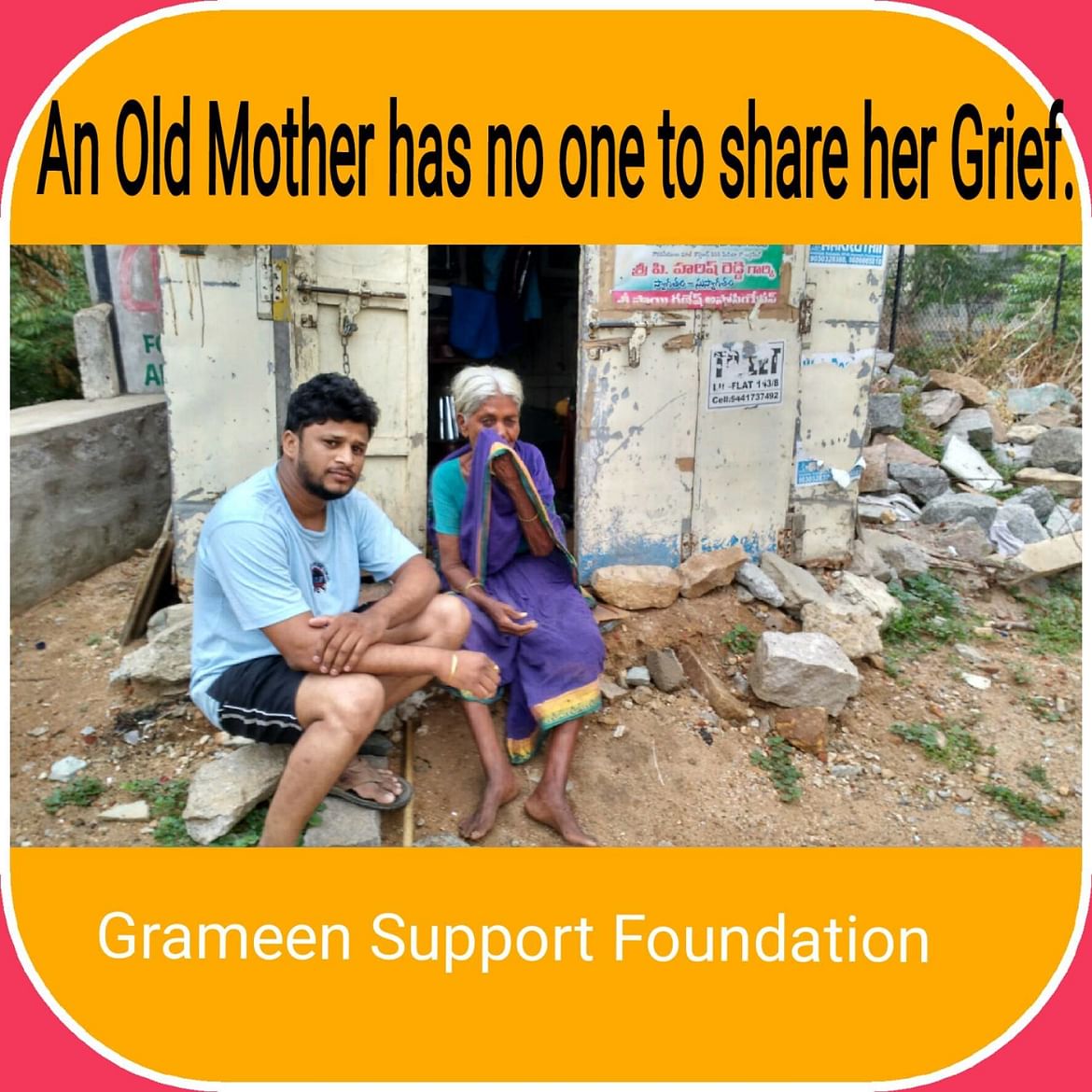 Help the Families of Under Privileged Indians during the Lock downhttps://www.facebook.com/Grameensupport
Respected Donors,
We are currently experiencing Pandemic situations and Government of India has takes brave & brilliant steps for controlling the spread of COVID though it will impact the economy very badly. Lockdown is the inly means or the weapon in hand for controlling the situation and ensuring the life’s of all fellow Indians.


But during this tough time while many are suffering just the lockdown and getting it pretty tough to get engaged by Netflix & Amazon Prime there are 1000s of Indians who lost their daily bread and butter and not able to meet the ends..

We “Grameen Support Foundation” operate predominantly in Nirmal district have come across number of A large segment of people from unorganized sector i.e., the daily wage workers, the construction labourers, farmers and so on who do not have the necessary resources to survive. They rely on their daily wages to put food on the table. Nirmal also has a huge population of Tribal who are very vulnerable for the virus because of their current living conditions (No Shelter, un hygienic environment, lack of awareness, etc..)
Grameen Support Services in Nirmal district:

We Created an Impact : As part of our Grameen Support Foundation and Mamatha Group (Infosys Foundation) we had a visit to a government school in a remote village named Elvath in Tanur Mandal, Nirmal District to distribute lunch plates, sanitary pads and books.
Till date i have visited may Government schools in all over Adilabad but i have never come across such heart breaking visuals which moved us. It's been 72years since we got our independence and it's been more than 5 years now since we got a separate state, the world is moving forward with digital education but the scenes which we saw in Elvath Government are very much different and quite disturbing.

There is no school building in the first place, the school is being run under a RCC roof with no fans and no side walls separating each classroom. i am still surprised to see that these type of schools still exist in our state while we shouting out to the world that we are the fastest growing state in India in terms of infrastructure and development.
We have created an impact post our visit to school, District Education Department has taken it very seriously and intimated for school building , since it takes 2 years to get completed GSF team collecting funds and planning to construct a temporary school building.

Grameen support foundation helping hand trying to get medication funded to one of the family whose son of age 16 years old was diagnosed with brain tumor and family was not in a situation to take care of the medication, by knowing this information Naresh kadari founder of the Grameen support with the help of a businessman named Umesh agarwal came forward to help the kid by donating 30 thousand rupees in favor for the kid medical expenses.

Note: Earlier Scholl Girls use to travel 2 Kms to use the toilets now.