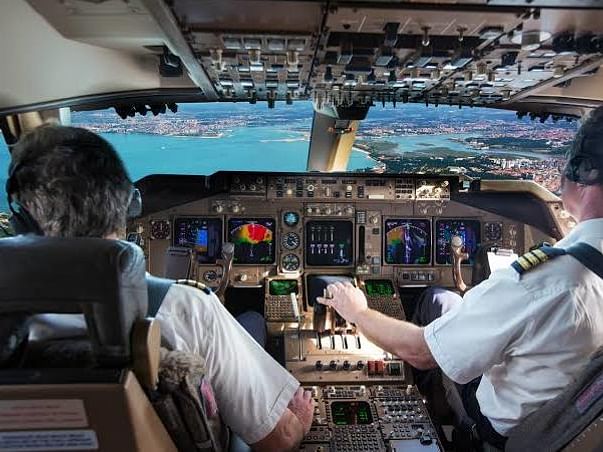 Hello,
As any other kid, I too dreamt of becoming a pilot, just pilot, be it commerical or in indian air force. So now I have knocking knees (both the knees touch with each other) and hence I'm considered as unfit for indian air force . Now I'm left with commercial pilot. As we all know , fees are very high for becoming a commerical pilot and aviation sector itself is an expensive sector so it won't be inexpensive, so slowly after meeting many people, I got an exposure of how to actually become one. I now have a clear idea of it. All I'm lacking in is the fees. Now you may be wondering why can't I take education loan from bank? Bank's policy is no collateral=no loan and my parents doesn't have such huge property so that bank can give access to such huge loan, however they could arrange 20-25 lakhs , could be stretched to 30-33lakhs as they told me. Now I want to join pilot cadet programme, it's from the airline itself, the total cost would be around 1-1.5 crore. I know sounds horrific but don't compare it with other fields as I told aviation is an expensive sector. Now you may be thinking why not follow the conventional way as in join flight school, get your commerical pilot license done, then type rating( where they teach you to fly big aircrafts like Airbus 320)? no, because there are tons of unemployed pilot and it costs around 65-70 lakhs . So paying 65-70 lakhs and in case if I couldn't be one then all the hard work will go in vain, Now if I join any cadet programme offered by airlines, after successful completion of the program, I will be appointed as first officer pilot, so you can say job surety is there. Any amount paid by you will be a step closer towards achieving my dream. Please help me in achieving my dream . Please share this with anyone who could help me by donating any amount . And I promise to help many others in one way or other.

Let's consider an example, population of Bangalore is more than 1 crore. If each person decides to donate 1₹, it could lead to fulfill my dream of becoming a pilot. However thats an example . You can decide to choose any amount you would like to donate

About myself, I'm currently pursuing B Tech in Mechanical Engineering and I'll be in my final year. Right after graduation I want to apply for this programme as they open exactly that time.

Donate
0%
Be the first one to donate
Need Rs.80,00,000
Card, Netbanking, Cheque pickups
Or Donate using