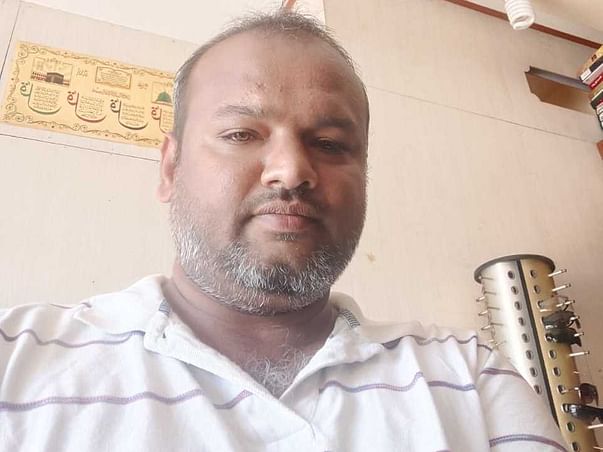 Share
Life is a mystery and we don't really know what the following moment has in hold for us. None of us expected a pandemic ever hit us so hard, create such a chaos and meddle with our lives. Nobody was prepared for the worst of events it brought along with, including the early deaths of beloveds. Little did we also know that we would be losing a dear friend and cheerful colleague, Mohamed Rafik (who was just 38 years old), to COVID-19 after his fighting a good battle against it.

Rafik was a simple soul who leaves behind his aged mother, Mainoona Beevi (68 yrs), his house-maker wife, Fouzul Alima (33 yrs) and his two lovely children, Mohamed Muzammil (9 yrs) and Munawara Fathima (2.5 yrs). He was the sole breadwinner for his family.

While seeking medical support on May 25, 2021, in Shifa hospital in Dindigul, Tamil Nadu, one third of his lungs was affected and he had difficulty in breathing. The following days saw his family and friends approaching and trying out every possible option to ensure continued treatment and to arrange oxygen cylinders for his life support. With all the progressive improvement in his response towards the treatment, he was expected to be back alright, in a while. But destiny was so cruel that it just appeared as though he was doing alright with his test reports while his system was actually going through a "Happy Hypoxia".

On June 3, 2021, he was gone without even letting anyone say a proper Goodbye. This is not what he or his family deserves. A caring person who supported the education of unprivileged children to the best of his limits, has now left his family for eternal grief.
Goal of this campaign:
The goal of this campaign is to help raise INR Twenty lakhs to support his family during this unexpected and irreplaceable loss which they have come across. His employer has been trying to get his medical expenses covered, so that it would help the family a bit. However, the education of his kids and a regular source of income for his family are still in question. The money collected through this campaign will be transferred to Rafik's wife's account as soon as the goal is met. Every little contribution counts and helps the bereaved family.