Help Conserve One Of India’s Enigmatic Marine Species | Milaap
Milaap will not charge any fee on your donation to this campaign. 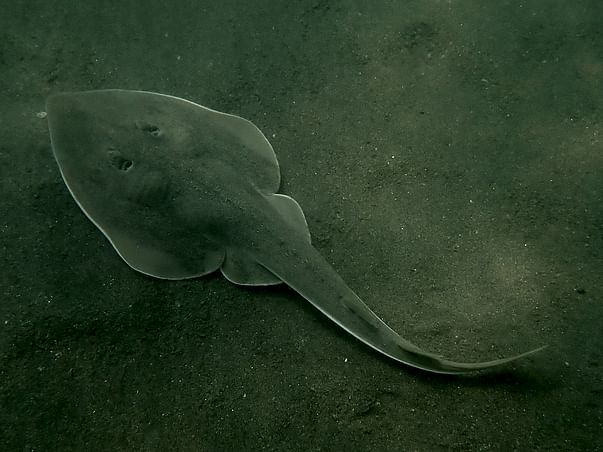 Overview
Sharks & Rays belong to a diverse group of fishes known as Elasmobranches. They are distributed throughout the world's oceans and play an integral role in their ecosystems. However, due to unregulated fishing practices we have witnessed a global decline in their populations. India supports the world’s 3rd largest elasmobranch targeted fisheries. Yet, due to the lack of research focusing on these species in our waters, we remain oblivious to the extent of our actions on their populations. Recent studies have only begun to highlight the diversity and peril of elasmobranches in our waters. Populations of some species (sawfish & guitarfish) have already reached critical levels and if we continue to ignore these signs they risk going extinct.
Like humans, many species of elasmobranches give birth to live young and are known to use particular areas as nurseries grounds for their young. These are considered critical habitats as they play an important role in facilitating the development of the young. However, these nursery grounds are often located in shallow coastal waters which make them vulnerable to fisheries, coastal development and contaminated coastal runoff.
There is an urgent need to set in place policies and fishery management plans to help elasmobranch populations recover. But prior to doing so it is important to better understand the threats they are facing and their biological requirements to better direct our conservation initiatives. This is where conservation driven research comes into play, such research aims to provide a comprehensive understanding of the threats to these species and their habitats which will inform and direct the conservation efforts.
Our Project
The project will focus on Sharpnose Guitarfish (Glaucostegus granulatus) and the use of shallow coastal habitats as nursery grounds by this species. Listed as Critically Endangered by the IUCN Red List, this species is impacted by intense and unregulated fishing activities across its known range. The project will be carried out in the Andaman Islands where we have identified potential nursery grounds for this species.

Guitarfish are the most threatened and poorly studied elasmobranches. In the Andaman Islands, guitarfish are targeted by fishers for their fins which are of high value in foreign markets. This practice is putting immense pressure on local populations and such trends need to be documented.
We will be conducting fishery and market surveys to assess the fishing pressures and demand for these animals. We will also be conducting field surveys to study these animals in their potential nursery grounds.
The current project will be carried our over a period of 1 year and will involve a 2 month exploratory study followed by a 10 month project that will primarily focus on studying these animals in their nursery grounds while also collecting data on the related fisheries. The results of this project will serve as a foundation for our long-term monitoring of this species and it habitat.
Why is it important to study guitarfish?
Guitarfish are unique and vital components of complex coastal ecosystems. They feed on smaller organisms and in turn are fed on by larger predators. This makes them an essential intermediate link in the food chain, keeping prey and predator populations in balance.
They are characterised by their slow growth, late maturity and low fecundity. These factors make them highly susceptible to over fishing as their populations cannot cope with the rate at which they are being fished out.
Identification of nursery areas could serve as a basis for setting in place more focused conservation and management plans. By recognising the significance a particular habitat can play in determining the health of a population it is more effective and practical to concentrate conservation efforts on such habitats rather than across the species’ entire range.
Larger picture
The potential nursery grounds also have abundant seagrass meadows. Apart from being a highly productive ecosystem, there is substantial evidence that seagrass meadows also support high abundance of other marine organisms. If these habitats are indeed nursery grounds for Sharpnose guitarfish, their protection could have conservation implications not only for the guitarfish, but for the other marine organisms that also depend on these areas.
Our long-term goal

During the current project we will collect preliminary data that will serve as the foundation and first step towards follow up projects which will contribute to our long-term monitoring of this species and their habitats. Through the Long term program we will collect data that will highlight the importance of these coastal habitats to this Critically Endangered species as well as the threats that fishing and habitat degradation is posing to these animals and the habitats they depend on. The data collected during the course of the project will then serve as evidence upon which conservation initiatives and management plans can be put into place to protect the species and the habitats they depend on.
The Team
Project Leader: Evan Nazareth
I am a Marine Biologist who has a passion for elasmobranch conservation and research. I have working on multiple projects focusing on elasmobranch conservation and research along the West coast of India and in the Andaman Islands. My prior work on these projects and years that I have spent in the Andaman Islands provides me with the experience and understanding of the local communities as well as its elasmobranch fisheries. This gives me the confidence and knowledge required to plan and execute the proposed work in order to achieve the goals I have proposed.
How will your donations help?
Currently marine research in India is in its very primal stages and does not receive nearly as much attention or funding that is required. As a result, funding is one of the major limiting factors for research in this field. We have been lucky enough to acquire grants that will enable us to carry out some of the work needed to meet our goal on this project. Your donations will serve as a Support Fund, that will help us manage additional unexpected expenses that arise during the course of the project.

Ask for an update
Hello Everyone!

We want to thank all of you for your donations and support towards this project. We really appreciate all the donations that we have received through this site and you can be assured that in the coming months they will be put to good use during the course of the project.

Even though we have not managed to raise enough funds through this website alone to support our initial goal of conducting a 2 month pilot study, we have been looking into other funding sources and would like to inform you that we have received a Inlaks Ravi Sankaran Small Grant awarded by the Inlaks India Foundation which will allow us to conduct a pilot study. In addition, we have acquired further funds from another funding source that will support some of our basic requirements to carry out the rest of the project.

However, both these grants are being stretched to their maximum to allow us to work in the field and collect the data required to meet our long term conservation goals. So the money we have raised and hope to continue raising through this crowd funding campaign will act as a support fund, filling in the gaps and covering the additional expenses that are crucial to the project but are not covered by the current grants.

Scan & donate with any app
check_circle_outline Download payment receipt
Report fundraiser
See how thousands are crowdfunding for their causes on Milaap
Rs.20,301 raised

More power to the sharks!

More power to the sharks! 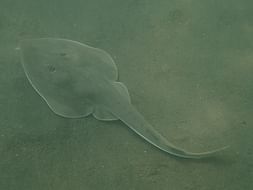