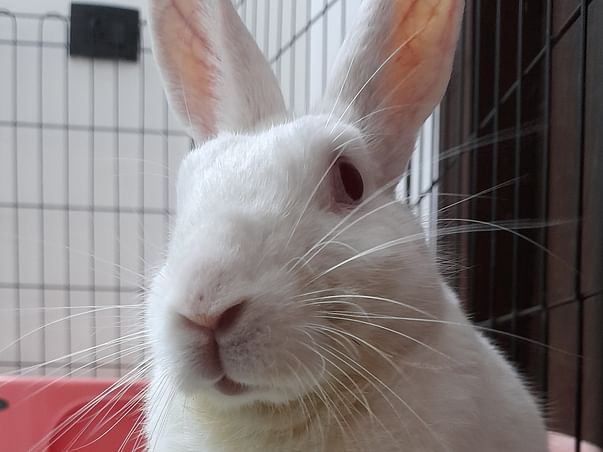 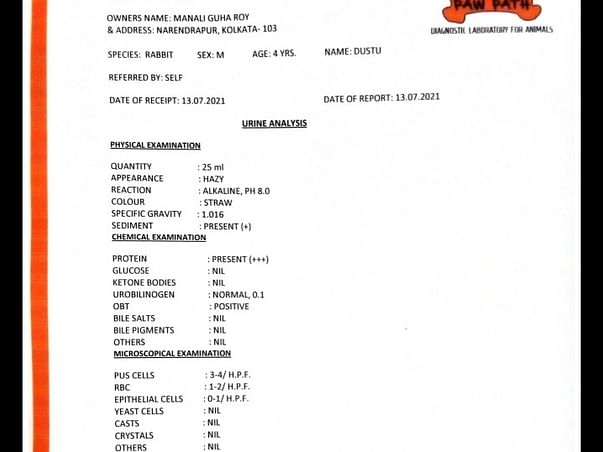 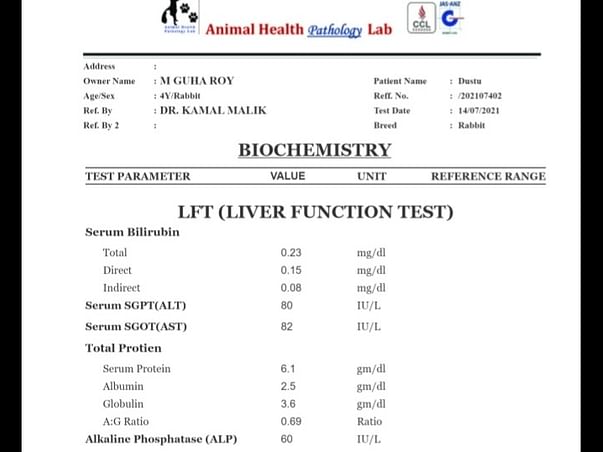 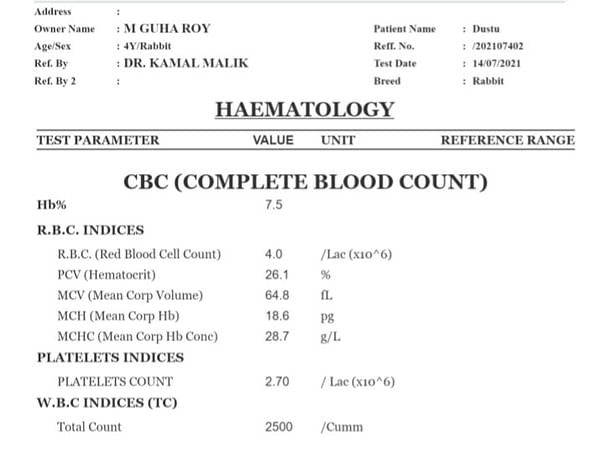 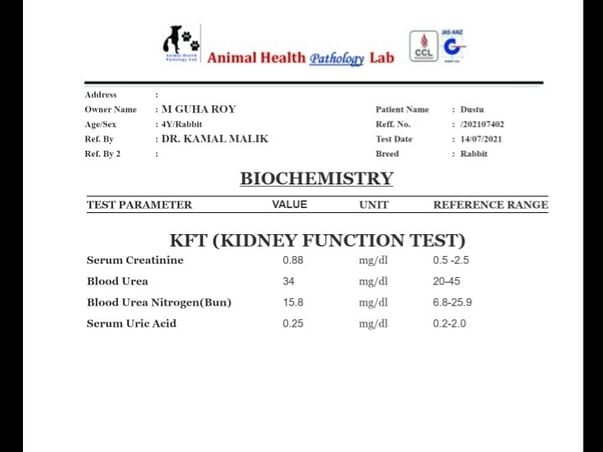 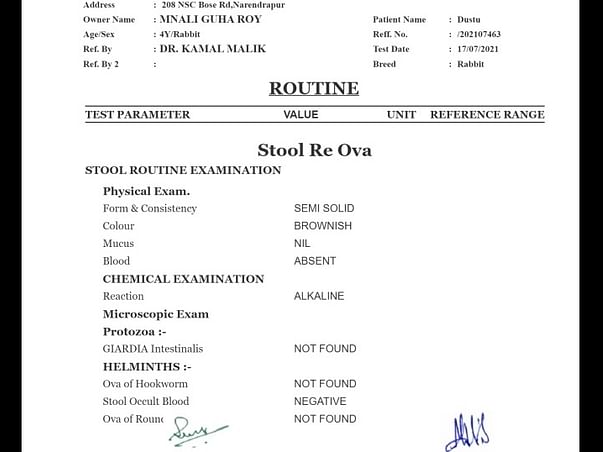 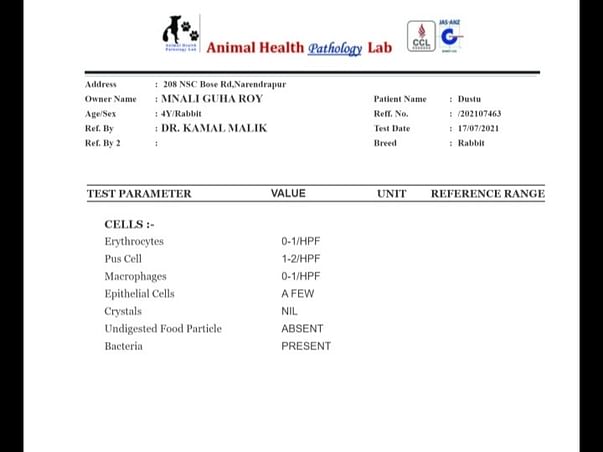 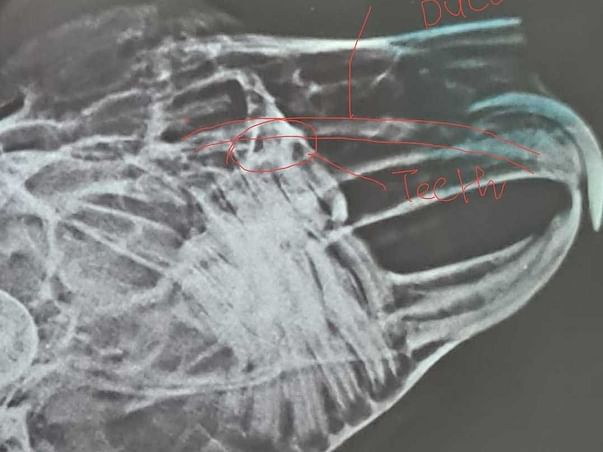 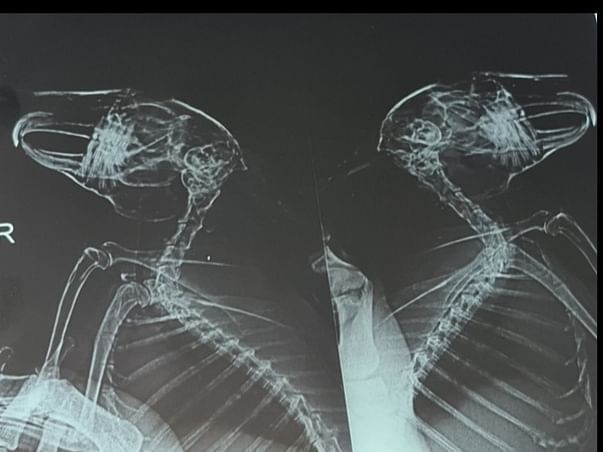 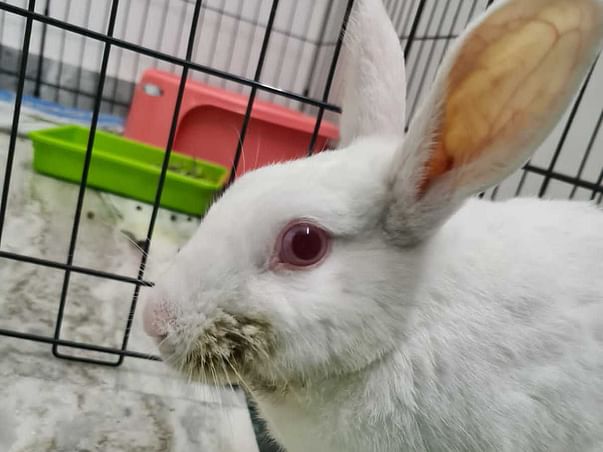 Share
Dustu is a male bunny of 4.5 years from a town in North Bengal. His mom Manali is currently suffering from multiple diseases and will undergo multiple surgery to get better. They both are suffering so much right now. Dustu used to be a very playful, energetic, naughty, and intelligent bunny.
Since July, his health has gone really downhill after several months of suffering from moderate issues.

In July, Dustu developed fever, anorexia, anaemia, dehydration, bad poop etc and even worms in poops. Tests were done, all normal, so symptomatic treatment was done and even deworming was completed. Later, a gum swelling and spurs were found using otoscope.
Later, extremely overgrown teeth were detected in xrays, whose roots have gotten infected, his vet says they can only be fixed with surgery. As his teeth continue to grow at a rapid rate, causing secondary issues & pain levels mount, his vet says its quite cruel to keep him in this condition, where he's surviving on several high dose medications, force feeding & at times even refuses to swallow food.
He doesn't have that long, will need extractions, and medicines will sustain him temporarily.
He's on very strong pain meds currently, & continued sub-cut fluids. Dushtu sometimes stops eating, and his quality of life has deteriorated a lot.

Since the complex surgical procedures he requires, can't be performed without an experienced exotic rabbit savvy vet & specialised tools (currently neither in Kolkata) and because they aren't in a position to travel, we have arranged for an exotic vet to come in from Mumbai to operate on him.

Please donate generously and help Dustu get back to normal life.