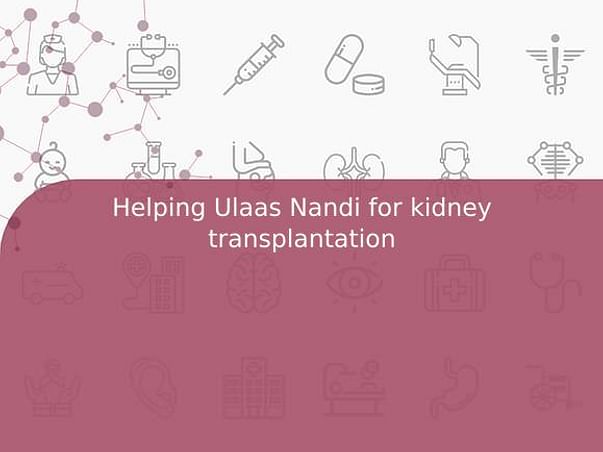 He is a resident of Patkura village of Odisha State and only earner of the family including his wife and widow mother. Last month three of them affected from COVID and now he was diagnosed with kidney aliment and he was told by doctors that his kidneys were damaged and he is surviving with only 10% of its activity. He was advised by the doctors to go for kidney transplant where in his mother would donate her kidney. The patient is in SCB medical college, Cuttack and he is under dialysis. It was told by the doctors that transplantation activity needs to be done sooner. He is in his early forties and no supporting system behind him.