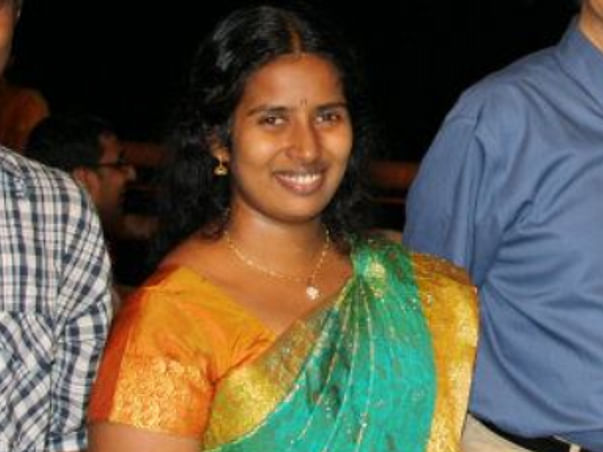 Asha was diagnosed with Wilson’s disease (Liver damage due to Copper accumulation in Liver) for the first time in 2008 when she was doing B.Sc Mathematics course at Trichur, Kerala. Treatment has been done with the financial support of people at her place as ASHA IS FROM A VERY POOR SOCIO-ECONOMIC BACKGROUND.
Father and brother are daily wage workers in Kerala.
Later it was assured by doctors that there is very less chance of re-occurrence of this disease. After finishing M.Sc from IIT Bombay in 2012, she worked as guest lecturer in colleges in Kerala, later got married and has a 1 year old child now.
From last year onwards after delivery, fluid started accumulating in her stomach and it was detected that the liver has problem in functioning. Meanwhile Asha had got severe umbilical hernia also and the navel portion completely ruptured on 16th July 2019 due to chronic hypertension (large amount of fluid accumulation). An urgent surgery was conducted the next day at Amrita Institute of Medical Sciences Hospital, Cochin, Kerala where she was under treatment for her liver problem.
The liver failure was for ~70 % by then. Doctors suggested an urgent liver transplantation surgery for her long time survival. Her brother is willing to be a donor and his liver is found to be suitable via different tests.
The approximate cost of surgery estimated is 20 LAKHS and further treatment requires around 20 Lakhs more.
Total cost for treatment is more than 40 LAKHS!!!!

From the day of hernia surgery, the accumulated fluid of approx 3.5 L/day was drawing out from her stomach using syringe and tube. Fluid amount was reduced by medication and injections ( 2 bottles of albumin/day for 16 days), it reduced to ~650 mL till 2nd August.

Since the medicines do not have long term effect and even a lot of side effects as well, doctors asked her family to arrange money for the liver transplantation surgery. Since they could not, hospital asked them to come back once the fund is ready. From 4th August onwards, Asha is at home under strict diet and highly hygienic conditions.
From 16th August, medicines which were given earlier to reduce fluid accumulation are found to be less effective, fluid amount is more now. On 19th August, stitch of hernia surgery is removed, and doctors asked for the surgery asap since it will be fatal if the stitch of hernia surgery re-opens due to hyper tension in stomach.

The last date for surgery suggested is 19th September.

I request all of you to help her since it's not possible to raise this huge amount from Kerala right now as it was flooded at most of the places from last several weeks, people prefer to transfer the funds/donations to the relief camps.
Moreover, since Asha's parents or brother are not much educated, she herself has to manage everything like talking to doctors and other people, going to different offices to arrange documents etc.
https://milaap.org/fundraisers/support-dr-ramya-c