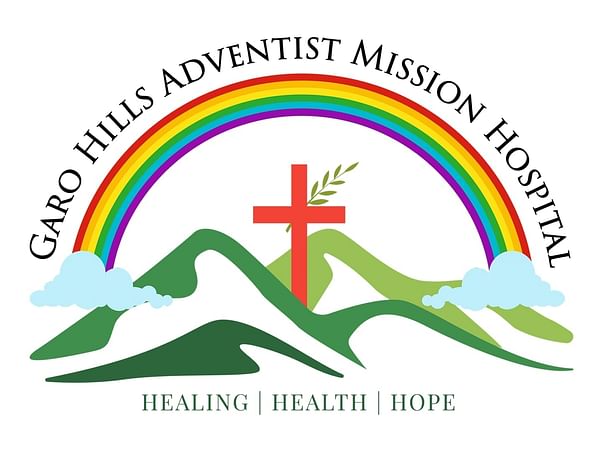 Dr. Denyl Avinash Joshua & his wife Dr. Dorothy Mary Joshua, after having completed their Education in the fields of Pediatrics and Obstetrics & Gynecology respectively, instead of settling down for high paying careers, decided to serve the under-privileged tribal people of the Garo Hills in Meghalaya. Having set up a small hospital to cater to the needs of the tribals they continue to face numerous challenges in delivering quality care to the under-privileged. With power cuts ranging from a month to 03 months , the need for continuous power supply has been a great challenge to them.

The North East region of India comprises of 7 states which are inhabited predominantly by tribals who are of the Indo-Mongolian race. The state borders countries of China, Burma, Bhutan and Bangladesh. It is known for its rich heritage of culture and vegetation. It boasts of evergreen forest, wild life sanctuaries and exotic natural landscapes. The state of Meghalaya is one of the most beautiful states of the north east bounded by hills and greenery. The place is known as the ‘ Abode of the clouds’ and is the wettest place on planet earth. The Garo hills are part of the Garo-Khasi range of hills in Meghalaya, India. They are inhabited mainly by tribal dwellers, the majority of whom are the Garo people. The Garos call themselves Achikmande. In the Garo language “Achik” means hills and mande, Man. So “Achik – mande” means the “Hill People”.Majority of the people are small scale petty farmers and traders.

The land of Garo hills has been long deprived of basic medical facilities with one of the poorest health indicators in the North East. Garo Hills for many years was synonym to Malaria, where thousands have succumbed to the disease.
The major challenges:
 Poor connectivity
 Poverty & Illiteracy
 Lack of adequate trained medical personnel
 Poor nutritional status
 Belief in native treatment and superstition
 Poorly operated Government Health care facilities

Connectivity:
Due to heavy rainfall, landslides, poor road connectivity is a major challenge. Only 22 % of the population are urban based.

Poverty:
On an average households are comprised of 5.1 members. More than 37 % of the population are below 15 years while only 3 % of the population are above 65 years. Less than half( 43%) of the household live in concrete houses and more than 50% live in mud houses. Only 24 % of households have piped water supply to their plots. Three fourths of the household use solid fuel ( wood) for cooking in the rural it is 89%.

Poor Nutritional Status:
According to the National Family Health Survey 2015-2016  44% of Children under 5 years are stunted due to poor nutrition , 41% of under 5 children and 52% of women have Anemia.  The infant mortality rate is 54 deaths before the age of 1 year per 10000 births. The neonatal mortality rate is five times higher in rural than in urban. Only 50% of the delivery are carried in a health care facility while more than half take place at home. More than 2/3rd of the children have been inadequately immunized 542 persons per 100,000 have been estimated to have medically treated Tuberculosis. About 72% of the men and 32 percent of women between 15-49 years consume some form of tobacco, 45 % of men consume alcohol

COMMUNITY FOCUSED HEALTH CARE Garo Hills Adventist Mission Hospital is a 15 bedded Nursing Home providing secondary level health care and is situated in a small village of Jengjal. It is located about 40kms from the district headquarter, Tura and is well connected by road to all the five districts of Garo Hills and the adjoining State of Assam. Jengjal is surrounded by 50 villages with little to medical facilities in a radius of about 50 km .The hospital caters to a population of over 3 lakhs.

The Hospital was established in May,2018 to be able to bridge the gap in the health care to the Community. Presently offers specialty care in the field of General Medicine, Pediatrics ,Obstetrics and Gynecology, Minor Surgery, Emergency Orthopedics, Community Outreach, and Dentistry . Since its establishment the Hospital has seen over 10000 patients. Catering to over 300 to 700 patients in one month the OPD strength of 30-40 patients/day , Deliveries of 25 per/month, 02 Village Outreach Weekly Clinics and providing 24 hour emergency service.

THE NEED FOR 100 KV GENERATOR Meghalaya has a population of about 1.8 million and is one the smallest states in the North East of India. About 42.3% of the population is still uncovered in terms of health care. Our hospital is the only secondary level hospital covering a radius of over 50 km and therefore the need to have continuous power supply becomes a basic need. The power supply in rural Meghalaya has been very much compromised. We experience frequent power shortage which lasts for few hours a day or upto 2-3 months. In 2019 the electricity to the entire village was cut off for 3 continuous months due to outstanding bills by the locals. It was extremely difficult to operate the facility and the many equipment's we use in patient care. With the growing number of patients at the hospital the dire need of the hour is to ensure an uninterrupted power supply for the functioning of the various equipment's, i.e lab machines, ultrasound machine, monitors. Operation theatre and NICU equipment's etc.

NO POWER SUPPLY FOR 1 MONTH The month of August,2020 has been the most challenging month for the hospital. The power supply to the village was interrupted due to massive rainfall which damaged the village transformer. Due to lack of finances and other logistic reasons by the local villagers there was no power to the village for over a month.

With the hospital being the only secondary care hospital covering a radius of over 50 km the biggest challenges was to operate the hospital under these circumstances. Meghalaya being a state with over 6 months of rainfall solar power energy is unable to provide the necessary power required to run a hospital.

Therefore having a 100 KV generator will be of a great help to the community and will ensure a continuous uninterrupted functioning of the Hospital.

100 KV 3 PHASE GENERATOR
Cost Inclusive of Transportation , Installation and GST :
IR 10,00,000/-
To match the amount the hospital is committed to provide 20 % of the cost quoted above.