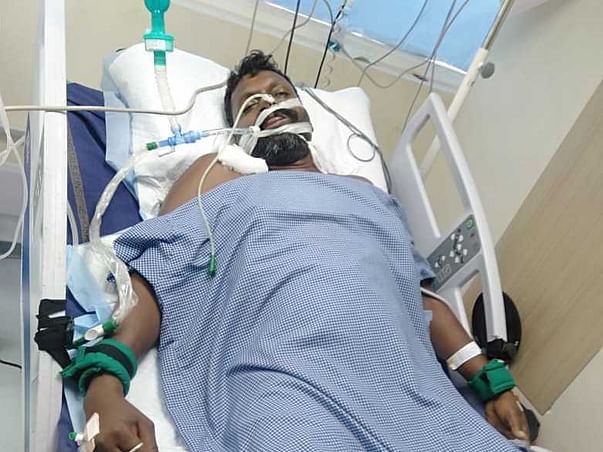 Share
Narasimha has been our colony garbage collector for the past 25 years - a hard-working, genuine, helpful one at that and has grown to be a friend to everyone in the colony. He has a wife and three children, and he is their sole provider. On Saturday the 12th, Narasimha got his first shot of the Covishield vaccine to which he reacted with high fever and treated it with a Dolo-650. Three days later, on Tuesday, he had a series of epileptic attacks and was rushed to the hospital immediately. They diagnosed him to be internally bleeding, and unable to expel the blood which lead to clotting inside of his lungs. The procedure to remove this clot has been done but Narasimha remains unconscious and the doctors have said he needs to be on life-support in order to recover. This is costing 1 Lakh INR a day and his family can't bear the mounting expenses.

Please do whatever you can to help Narasimha get back to his feet!