Share
An appeal for funds to help sterilize the street dogs of India, specifically in the NCR region of Noida and Indirapuram.
Life of an Indian Street Dog
Street dogs are an integral part of the Indian ecosystem. With territories, human friends, dedicated feeders, their condition has been improving over the last several years. However, as much we love dogs and button-nosed little puppies, as much as we take care of them, feed them, provide medical care ... the streets will always be a cruel home.

Sterilization: A Must
To truly achieve the welfare of community dogs, the utmost important aspect is spaying and neutering. In a 6-year time frame, a single female dog and her offsprings can produce an average of 67,000 dogs. That's a WILD number. Of course, anyone who has interacted with street dogs over any period of time will know that not even 1/4th of these make it. For every litter of 6-7 puppies, only about 1 or 2 reach adulthood, while the rest succumb to diseases or accidents.

Benefits of Spay/Neuter
Spaying and neutering solve multiple problems and ensures that the street dogs live out the best possible life they can.

1. Reduce Human-Dog Conflict: One of the major reason for human-dog conflict in urban and rural areas is their growing number, which can lead to territorial fights and conflicts with humans. The only way to control the canine population on the street is through sterilization. Once the number of dogs is stabilised, their interactions with humans become much more positive.
2. Improve Quality of Doggo Life: It is better any day to ensure fewer puppies are born in the first place than to have them be born and then die in harsh conditions. Sterilized female dogs become healthier and can fend for themselves better. Neutered male dogs are less aggressive and don't get into fights with other male dogs as frequently. And of course, with less number of dogs, there is less fighting over limited resources.

Costs of Operation
Thanks to some great non-profit ABC units in Delhi/NCR (Friendicoes SECA and My Neighbourhood Woof), community dogs can now be sterilized at low costs, on average INR 1200 per dog.

I am targeting the NCR region of Indirapuram and Noida to cover as many dogs as possible. Already, I have successfully covered the sterilization of around 50 dogs, starting July 2020. To keep the work going and reach more areas and a greater number of dogs, I need steady funding.

For as little as 1200 rupees, you can give a dog a well-deserved happily ever after. 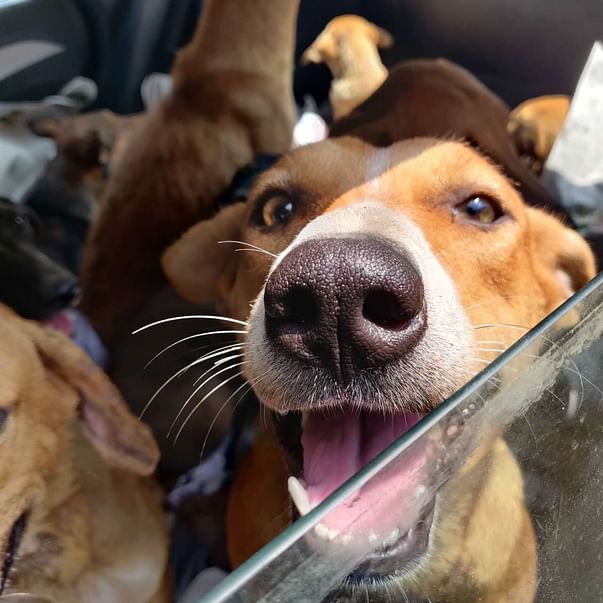