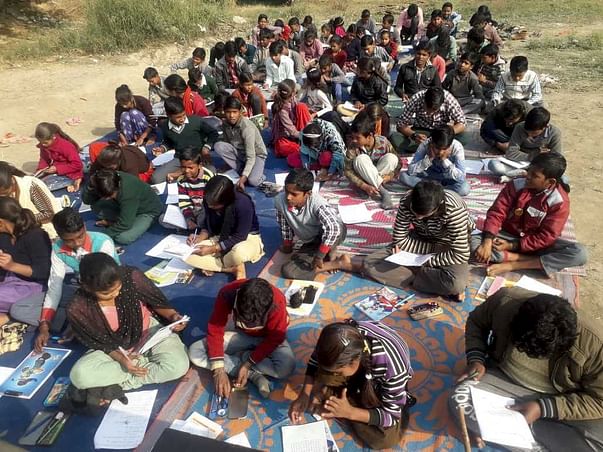 I am Divyansh Sharma, a social entrepreneur working in education sector from past 3 years, but this story is not about me it is about someone who has doneextraordinary things in his life for others but still struggling witha lot of issues .
The guy “Satyendrapal Shakya ,  a resident of Budaun (Uttar Pradesh) , in 2012 hepassed his class 12th , leaving his education then he started workingwith his father who is a Farmer by profession , in between he went tonagpur where he received a training of 8 months in education andfinally understood the importance of education and started hisstudies again with a dream to become IAS officer.
During his journey ,he was living Yamuna Khadar , the land is under Government and metroconstruction work is going on there . There he found out that thestudents did not study as they should , the reason was obvious ,everyone there was from poor family who live in JHUGGIS and educationis not of much importance to them , the school was also far fromthere which added to the reason of not studying much.
Satyendra picked up3-4 students initially and analysed them , he found out that theyhave no understanding of concepts , the students were supposed towork with their parents in KHET and hence what is the benifit ofstudying as per them.
He started a newrevolution with a dream to teach every child of the BASTI . Using hisknowledge which he learnt till  class 12th, Satyendra ji went on forthis and slowly slowly covered 250 children as his students , who notonly started studying but started competing other students .His dreamis to give these children a better platform to study by clearingtheir basic concepts . Satyendra ji wants that his students can alsogo to JNU ,IIT , DU and other prestigious colleges of the country .

This is aboutSatyendra ji but what about the problems he is facing till now inthis journey which is now a journey of 250 students and theirfamilies also :

Satyendra Ji ,initially used to teach those students in open , but then he foundout some shelter is also necessary then with the help of the peoplein the village , they made a JHUGGI for students , again as thestrength of students increased that JHUGGI became insufficient , theland is under government so the pressure from that side was alsotheir to empty that area as the construction work was going on . Thenhe found out that the bridges which L&T’s workers were makingcould be used to give a shelter to students , he requested them andfinally they allowed him to teach under the bridge . There is a line“where there’s a will there’s a way “ which suits this guySatyendra ji and his team of 250 students perfectly . Now some of theproblems were sorted but what about the rainy season , winter seasonand the summer season , since the area is near to yamuna it is aflood prone area so during floods the whole setup ruptures down.

A lot of NGO’ s ,social workers & reporters came there , the whole picture wascovered in various magzines , newspapers and other websites .Peoplealso started donating bags , desks , boards ,stationary etc. tostudents but none of the above could solve a major basic problem .


The basic problemand the cause of raising fund :
I Divyansh Sharma ,visited only thrice till place . During my visits i noticed thatevery other helping hand is coming in front now trying to help insome or the other way as mentioned above but the main issue is ofSHELTER , neither they can construct a building there for students asthe land is under DDA and it is prone to floods also , nor can theyshift their setup to a better place because all the children andtheir families use to live there and do farming , it will becometough for students to commute due to which they were not studying inschools earlier .
Discussing thisproblem with Satyendra Ji ,the discussion came out with a conclusionthat what if we make a mobile schools , a cheap mobile school whichcan accomomdate  atleast 50 students at a time , a structure similar this one in the picture .

Where and how the funds will be utilized?
The funds will be utilised to make mobile school instead of buildings so that in case of bad weather and flood it can be shifted and the education will not hamper . For now we need to accommodate 250 students atleast which are already studying in JHUGGIS i.e temporary place.
We need to create 3 mobile school each of atleast a capacity of 50 students in which we will be also dealing with electricity supply so that laptops and projectors can be utilesed.
This will be the best way to utilise the funds as many people are coming to donate something but untill the students don’t have any good place to sit and study then what is the benifit of those resources. Mobile school equiped with electricity facilities.

This will sort out alot of issues such as weather problem as it can be shifted duringfloods , a closed shelter will give a better platform to useelectronic gadgets such as laptops , projectors etc . and it willbecome a good solution for other such initiatives also where childrenstudy in tough situations .
I request you all todonate any amount which you can afford without pain and help us tothis mobile school for students .
Fund utilisation :-

Tin based mobile school with wooden platform to sit ,wheel to move in case of emergency , facility of electricity using solar panel to run electronic gadgets such as laptop , projector etc.  and lighting .

Occupancy :-50 students at a time ( we can run in 2 shifts so 100 students can be adjusted in one )
Requirement :- 3 structure
Total students :-250
Cost of establishing :- 1.6lakh approx per structure with facility .
Use of remaining money:- To purchase basic  stationary such as board marker , general knowledge books etc.
Divyansh is my senior.
Benificiary :- Satyendra ji
How am related :- Satyendra ji is a friend of mine he has this great cause but since he is not that much open to use of technology am helping him as big brother to complete this mission .
Contact details of Satyendra ji  :- 9411460272

UPI: givetosatyendrapal@yesbankltd (Copy to clipboard)
Or
Click here to read the instructions before you make a bank transfer. 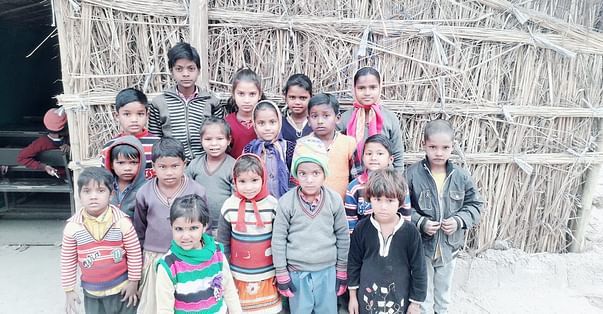 UPI: givetosatyendrapal@yesbankltd (Copy to clipboard)
Or
Click here to read the instructions before you make a bank transfer.

Report fundraiser
See how thousands are crowdfunding for their causes on Milaap
Content Disclaimer: The facts and opinions, expressed in this fundraiser page are those of the campaign organiser or users, and not Milaap.
Rs.965 raised

You are sending a message to
Jashan Preet Singh
Go back 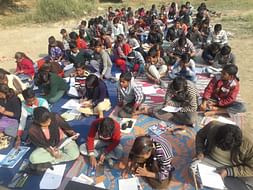