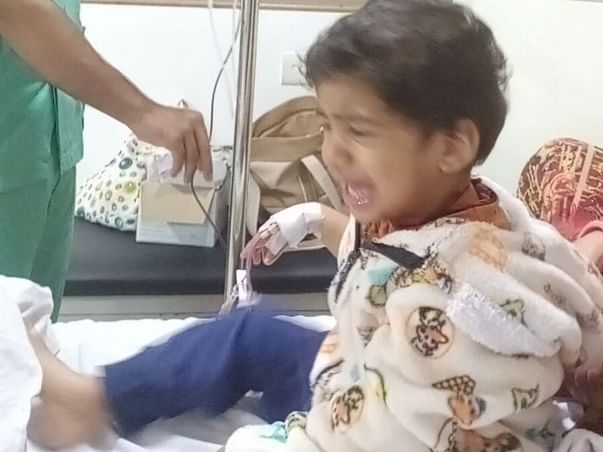 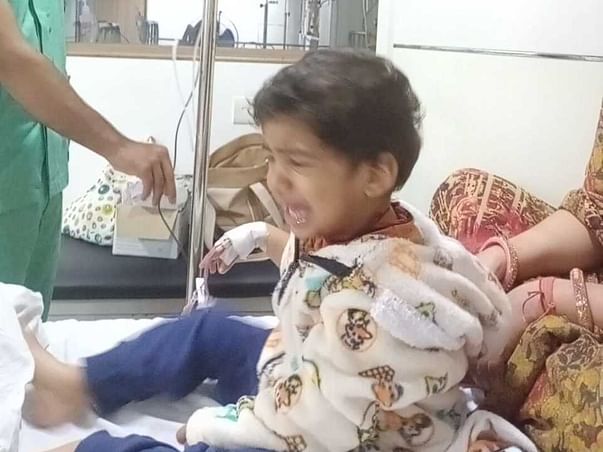 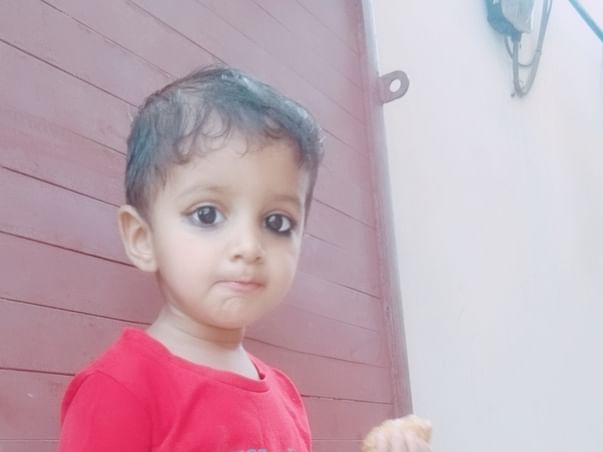 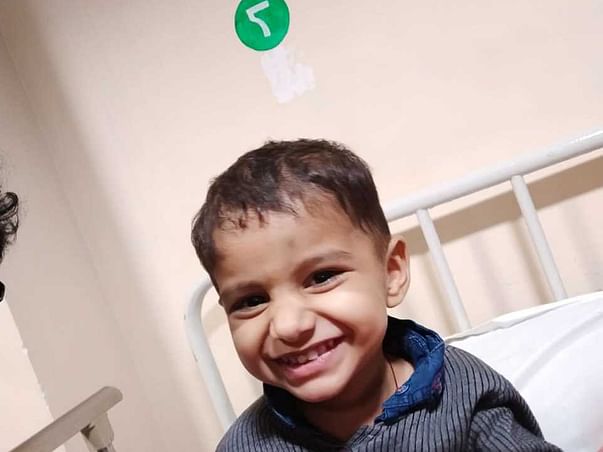 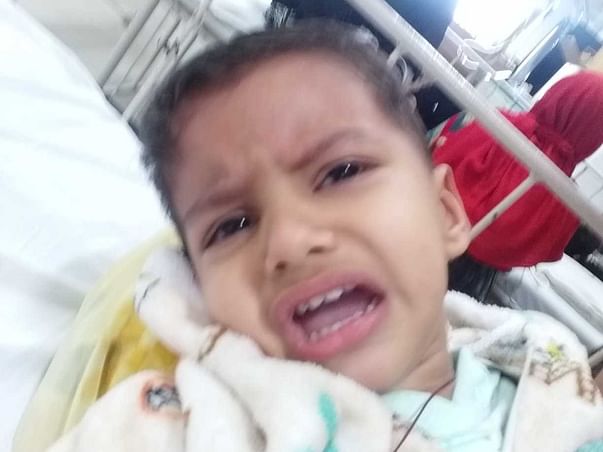 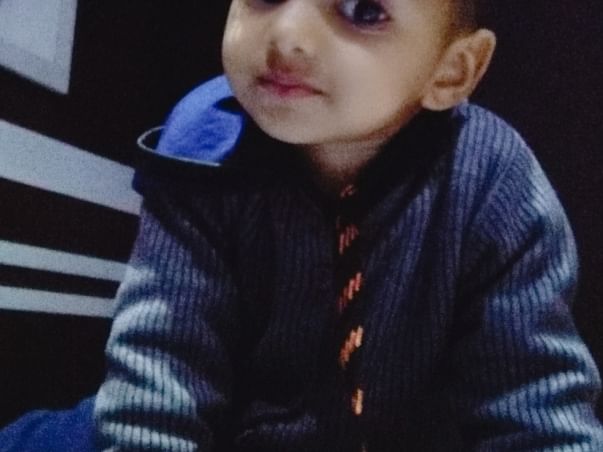 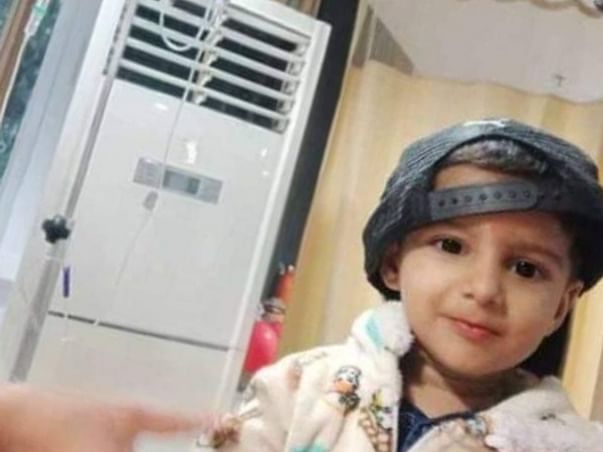 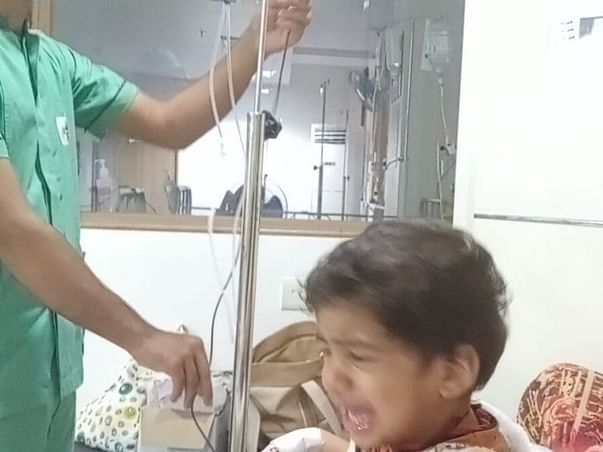 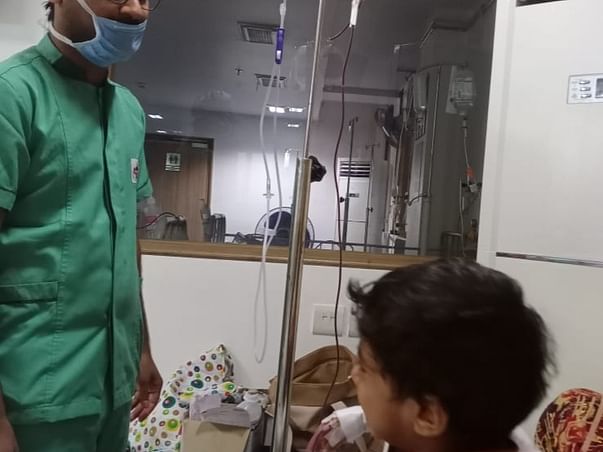 Share
Dear Friends  and Family
Dhroov is the second child of Mr. Kishore Saini who runs an E-Mitra in Taranagar, a semi-urban town in Churu district of Rajasthan.
Four months back Dhroov got exposed to the life-threatening disease of Dengue and was immediately admitted to Santokba Durlabhji Memorial Hospital, Jaipur where under the intensive care & treatment was able to counter Dengue and was then discharged in a healthy state.
After a while the symptoms of the same disease reappeared and Dhroov was again taken to the doctors where they too were surprised with the situation. The father of the kid Mr. Kishore was advised to consult a hematologist.
Dhroov was then transferred to BMCHRC and certain tests were performed as prescribed by the hematologist Dr. Upendra Sharma. Here the doctor was able to diagnose that the baby is in the grasp of Aplastic anemia and the only treatment available for this problem is an allogeneic stem cell transplant which would be possible at CMC, Vellore.
The ailing baby was taken to CMC Vellore where again some confirmation tests were done and it was confirmed that Dhroov needs healthy bone marrow, and the same would be preferably from his sibling. Dhroov’s 6-year-old sister was tested for the same but unfortunately, the HLA match failed to increase the complexity for the whole family.
The doctors were good enough to have an alternate treatment for this disease and suggested a peripheral blood stem cell transplant with MUD(matched unrelated donor).  Now finding a perfect HLA matching donor was like looking for a needle in a haystack but the fortune favored the brave father who is determined to save his son. Kishore got in touch with the DATRI foundation and registered there. Thanks to Datri, within a week Datri.org  was able to find an HLA matching donor and the treatment could have proceeded.
The expected expense of Dhroov's treatment is thirty-five lakhs which may even increase in the presence of unforeseen complications but a combination of low socioeconomic background and his father as a shopkeeper with a monthly income of Rs. 20,000 - these are tough times, indeed.
Now during this entire period, Mr. Kishore has drained out of all of his savings and his inherited property as well. Even the cost of the treatment appears to him as a giant threatening him every moment he still has a lot of hope remaining. I on behalf of this family request you to kindly join hands with us to help Dhroov not only financially but also with the blessings and prayers.
Let's help Dhroov's parents fight this battle and for Dhroov to have a new and more refined story to share with the world.