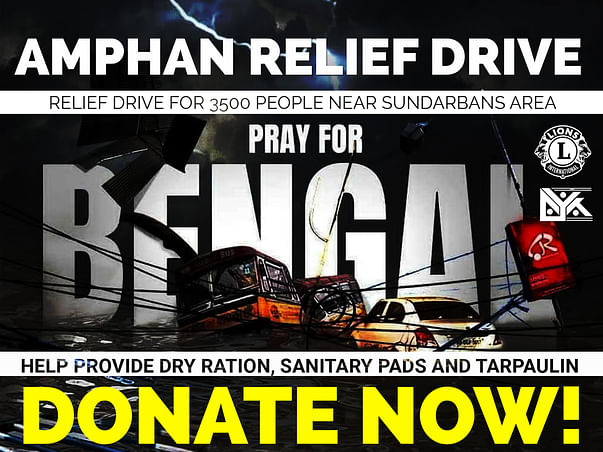 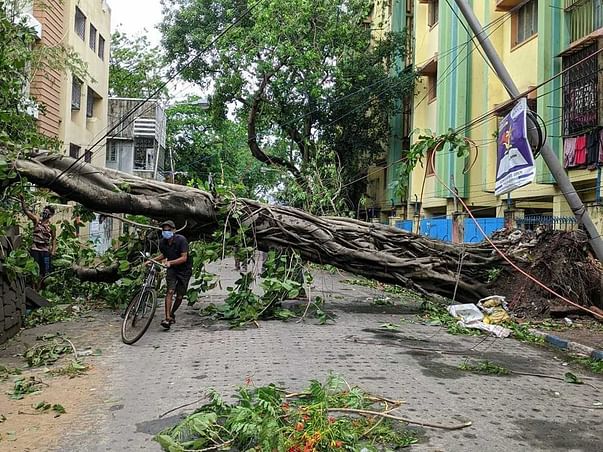 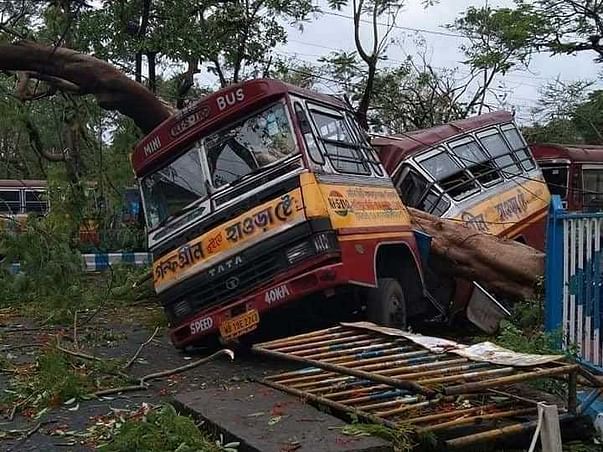 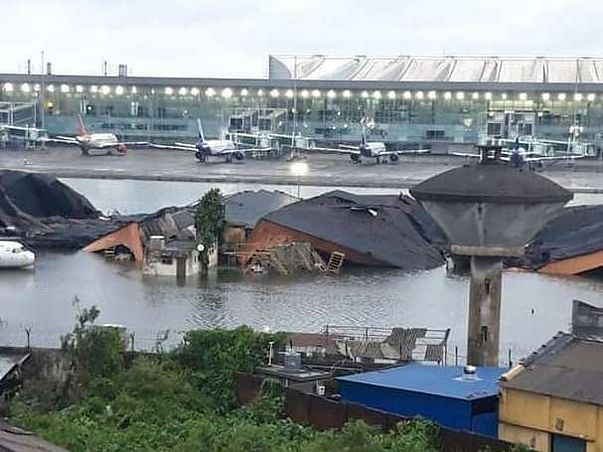 The Sundarban delta of West Bengal, India has been facing grim situation since 20th May, 2020. The Amphan cyclone has caused  major distruction in the delta along with other coastal regions and locality.

Plagued by corona virus and ravaged by Amphan cyclone, Sundarban is witnessing one of its worst times.
Sundarban has always battled with cyclones, but this is unlike anything the region has ever faced. Some islands have been completely washed away with the inundation of saline river water.

It has left thousands injured, homeless, hungry and destitute. Several lost lives and grief that cannot be substituted.

It is during  times like these that we as fellow Citizens must come together.

YUVA in collaboration with  Young Lions of Lions Club Kolkata Ravindra Sarovar have taken up the initiative to help those who are severely affected by the cyclone. We are mainly covering 4 largely hit areas
Basirhat, Minakhan, Hoara and Hingolganj.

Relief shelters have been set-up in these regions for those who lost their homes. currently there are around 500 people residing in each of these shelter homes.

As Bengal is left ravaged and bleeding by the storm, we ask everyone to anyone to come forward and answer our call in Bengal's time of greatest need: Be it in cash or in kind. Let us rebuild from scratch, together, for Bengal, for humanity.

We need you. To help rebuild Bengal. Are you with us ?