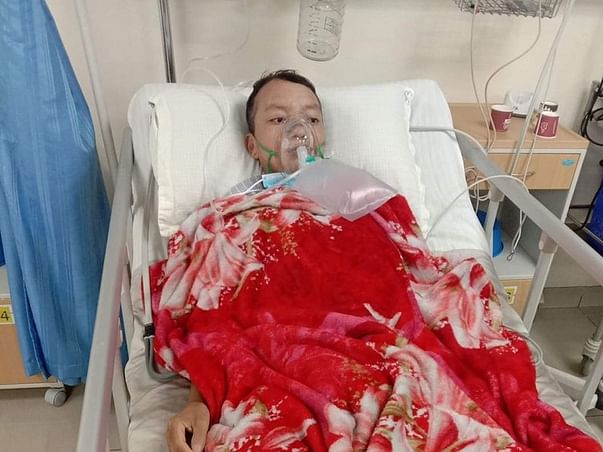 Dear friends and family,
We have started this campaign to help Deepak Char for his medical treatment and we need your help.

His treatment will cost anywhere around 3-6 lakh rupees. We are just doing a bit by helping to raise a part of the medical expenses.

Well, to say about him. He was abandoned in the streets by his parents. His early days were spent on the streets. But later he was taken in by a pastor who helped his eduction.

He later decide to come into full time ministry. He completed his theological studies and was actively involved in ministry in Nepal.

But he became ill few weeks ago and his health started to deteriorate. The doctors say it’s a cancer of the throat.