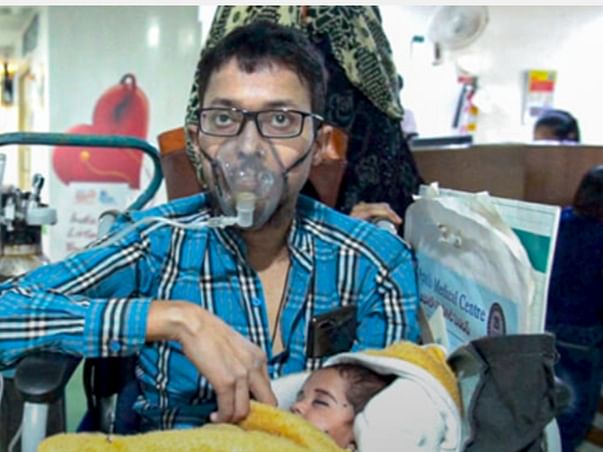 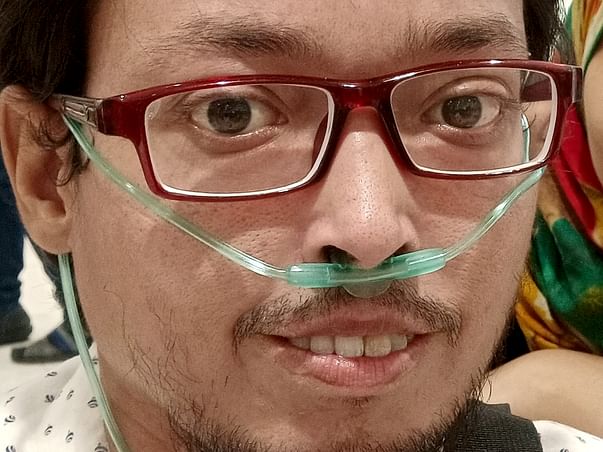 Hasan calls out to his father Danish, even as he extends his hand to touch his face. His fingers instead find a glass screen.

In response, Danish merely nods at his son. His wife, Arshina Begum, gently takes the phone from his grasp. Seeing his mother on the screen, Hasan squeals in delight.

About to turn 4 years old, Hasan is at home in Kurnool, 200 km away from his parents in Hyderabad. His father is too sick to even talk to his eldest son; neither does he have the money for Hasan to attend nursery.

As Arshina asks Hasan about his health, Danish removes the oxygen mask from his face and talks, almost in a whisper. “My dream was of making sure my children complete their education. Now, neither do I know if I can make it possible nor do I know if I will live to see it…”

“In 2009, he first felt breathless. Barely 21 then, he thought this was just an isolated incident and ignored it.”

Some days later, Danish’s wife, Arshina is in the hospital. Away from his parents for a month, Hasan is also at the hospital, delighted to see his parents and his younger sibling Rabani.
“We got married in 2015. He was fine for a year...then, in 2016, I saw him become breathless again. I was so scared...the next day we went for a check-up. The doctor said that Danish would need oxygen supply immediately, but that it would cost Rs. 60,000. We were not financially well enough then and had to refuse. If only we had done it then…”
Arshina holds her hand in her hands.

“It was in August 2019, on the day of Eid. His breathing problem increased so much that he was unable to even offer namaz. That very night, he was admitted to the hospital ICU.”

“Now, he needs an oxygen cylinder with him always. A lung transplant is the only option, and the doctors say that it has to be done as soon as possible, otherwise...”

Danish Ur Rahman worked as a computer operator at a school in Kurnool, earning a meagre amount of Rs. 6000 in a month. Now in Hyderabad, even a routine visit to the hospital requires renting the ambulance for an amount of Rs 2000. The family’s friends and relatives have helped collect the total amount of Rs. 6-7 lakh to pay for Danish’s procedures. Diagnosed with interstitial lung disease, Danish’s life-saving lung transplant, however, needs Rs. 47 lakh at least and Rs. 59 lakh at most. What do they do now?

“Hasan keeps asking me what is wrong with my health...” Danish says, barely getting the words out. “I just tell him that it is an oxygen problem. How will I make him understand that he could lose his father?”

Help make Danish’s treatment possible. Donate any amount you can afford for this father of 2, and share his story on Facebook, Instagram and Whatsapp. Thank you.

UPI: givetomlpdanish@yesbankltd (Copy to clipboard)
Or
Click here to read the instructions before you make a bank transfer. 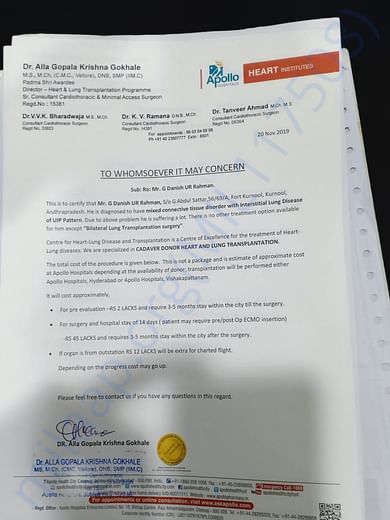 UPI: givetomlpdanish@yesbankltd (Copy to clipboard)
Or
Click here to read the instructions before you make a bank transfer.

Thank you for the wonderful support so far. We hear that Danish is still undergoing treatment and is in need of funds. He's getting admitted on Nov 20 for his medical test and diagnostics.

To help raise the rest of the amount for the treatment faster, Milaap is offering a 15% matching on all the payments (till the funds last). This means for every 1000 INR, Milaap will contribute an additional 150 INR to the campaign thereby creating 1.15X the impact.

You can help via the following methods:
1. Clicking on the donate now button: https://milaap.org/fundraisers/support-danish-7

Report fundraiser
See how thousands are crowdfunding for their causes on Milaap
Content Disclaimer: The facts and opinions, expressed in this fundraiser page are those of the campaign organiser or users, and not Milaap.
Rs.156,041 raised

You are sending a message to
danish rahman
Go back 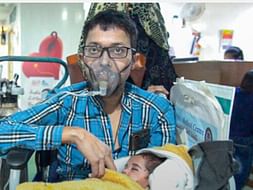