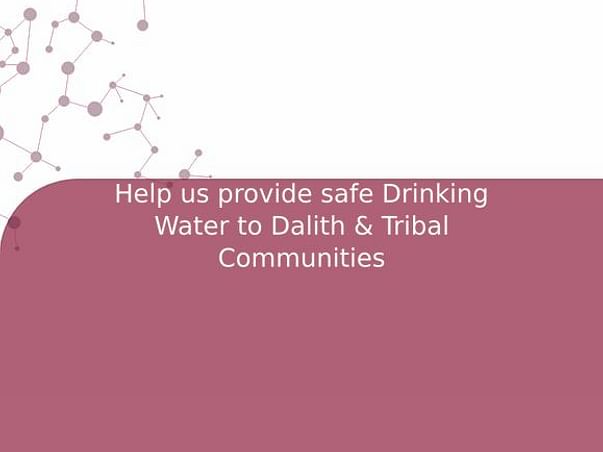 Here we are submitting proposal to access Safe Drinking Water to under privileged Dalith & Tribal Communities who are suffering to get both drinking water & irrigation water.  They are collecting mud-mixed water in dry River banks (Undrajavaram Mandal). The pictures enclosed in the project clearly explain the situation.  They carry water from more than 1 KM.  Even a old women also carrying water with a great difficulty. Due to lake of access their lands also became barren lands.  The village people elected Sarpanch (Village head) requested Rosary Prayer Society to access drinking water to the Daliths & tribal and also to their fields.  We discussed the same with the beneficiary group and prepared this proposal.  They proposed to drill 3 bore wells in 3  Dalith & Tribal  hamlets  and  install electric motor. There by the people will get safe drinking water.
Objectives   :

1.To Access Safe Drinking Water to the Tribal  & Dalit Communities.
2.To create and build socio-economic Awareness   among  the Rural community on  Water and Sanitation.
3.To improve the health conditions and the educational opportunities of 5,500   people  of Undrajavaram  mandal, West Godavari district
4.To educate and build socioeconomic Awareness and Access Health Education.

While the population are the other backward classes and forward castes. However these two are the vulnerable sections in the villages who often deprived of several amenities. Agriculture is the main occupation of people.  When the tanks and water canals dry up.  We have only to rely on bore-wells for irrigation and of short-term cultivation such as Vegetables, flowers, green leaves and the like. When underground water goes down, then even the bores dry up and thus the agricultural operations come to a stand still.            The target communities of this project are scheduled caste, scheduled tribes and the backward classes of these societies who are mainly either the agriculture labourers or tenant farmers or marginal farmers having small land holdings, in any case not exceeding 3 acres. Since agriculture is absolutely a rain based and people are vulnerable and they do not find employment throughout the year. In such cases people usually migrate from one area to the other in search of employment. This problem of exodus also has a great negative impact on education of their children. The daily earnings from Agriculture are meager because the employment opportunities are less as the labourers are more. In any case the average income of a labourers does not exceed more than Rs.20/- per day. This situation also is one of the main reasons for the backwardness of the children in the field of education.

Almost fifty per cent of the developing world’s population – 2.5 billion people – lack improved sanitation facilities, and over 884 million people still use unsafe drinking water sources. Inadequate access to safe water and sanitation services, coupled with poor hygiene practices, kills and sickens thousands of children every day, and leads to impoverishment and diminished opportunities for thousands more. Poor sanitation, water and hygiene have many other serious repercussions. Children – and particularly girls – are denied their right to education because their schools lack private and decent sanitation facilities. Women are forced to spend large parts of their day fetching water. Poor farmers and wage earners are less productive due to illness, health systems are overwhelmed and national economies suffer. Without water, sanitation and hygiene, sustainable development is impossible.

This Project tries to create sustainable community managed water supply in rural villages. The focus is on rehabilitation of defunct and augmentation of inadequate installations. By giving training in bore well rapier mechanism The emphasis is put on management rather than on the implementation of water supply installations. Therefore, two districts which do not have serious quality and quantity problems were chosen. Many villages are getting improved water supply through the Project but the main achievement will be the implementation and management models that the Project develops.

Donate
0%
Be the first one to donate
Need Rs.355,500
Card, Netbanking, Cheque pickups
Or Donate using