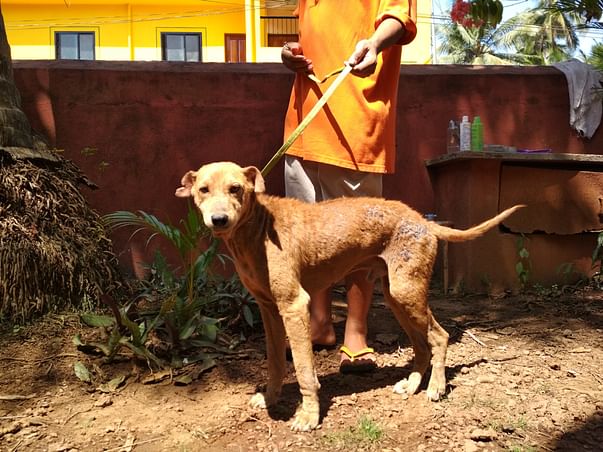 Share
We at Welfare for Animals in Goa (WAG) have had a successfully run veterinary clinic for the past 4 years. We have a full-time vet & have several inpatient dogs & cats who were rescued from the streets as strays. With the help of our clinic, since its establishment in 2014, we have been able to sterilize over 2000 stray dogs & cats, have had over 2000 adoptions, vaccinated approximately 5000 dogs & cats against rabies & we have treated over 3000 stray animals for different ailments ie distemper, mange, maggot wounds, etc. Our rescue clinic has inadvertently become a home for “unwanted” dogs. In some parts of India these dogs would have been euthanized, but they enjoy a safe life with us & even have day trips to the beach once a week. Our clinic is also one of the few places that treats privately owned pets & any extra funds go towards treating our strays.

However, despite having helped thousands of strays, we have been asked to vacate our existing clinic which will have disastrous consequences. But miraculously, we have found a new location wherein we can still carry out our veterinary duties for the areas of Morjim, Mandrem, Siolim, Anjuna & Vagator, all in North Goa, as well as accommodate more rescues. But we need your help. Our clinic is currently being built, & we need funds to provide a sterile & safe environment for animals to be treated in.

Our new clinic will feature an “isolation/quarantine” area where we can house puppies & new rescues who are not yet immunized against the various diseases. We are also building a new walk-in “Cat Centre” for our rescue cats & kittens. The walk-in allows us to socialize properly with new rescues, who are scared & not used to human interaction. We will also have a completely sterile Operating Theatre (O.T.) where our sterilizations & other life-saving surgeries can be carried out. Our Treatment Room will be separate to the O.T. & will allow us to treat animals of the Out-Patient Department.

These are just a few of the rescues who have found a home with us:

WHISKEY
Whiskey has been with WAG for over 7 years now. She was rescued from Anjuna when we found her dragging her body from place to place in search of food, covered in fleas. Now she reigns over our younger rescues & is a “mascot” for rescues all over Goa.

SPY
Spy has been at WAG for over 1.5 years. Because of years of abuse, he has a chronic skin condition, & people are put off by his appearance & so he has also become a staple at WAG.

MARLEY
Marley was found with a terrible skin condition known as mange. After several months of daily medication, weekly baths & supplementation, Marley is finally on the mend but is yet to be adopted.

DOT-DOT
Dot-Dot was found as a very sickly pup who had mange, parvovirus, an eye infection, was dehydrated & emaciated. With our help she has grown into a beautiful & healthy dog who is still awaiting her forever home.