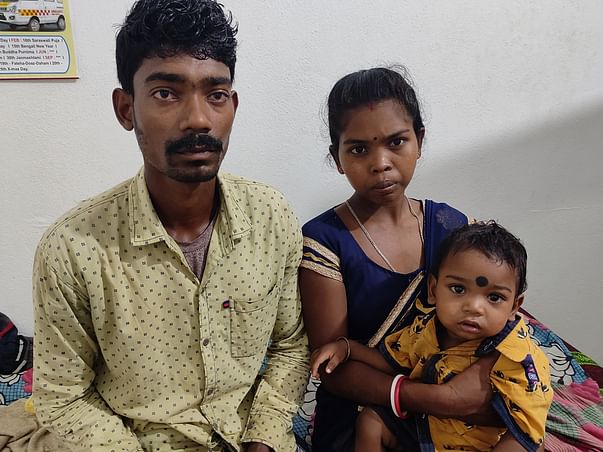 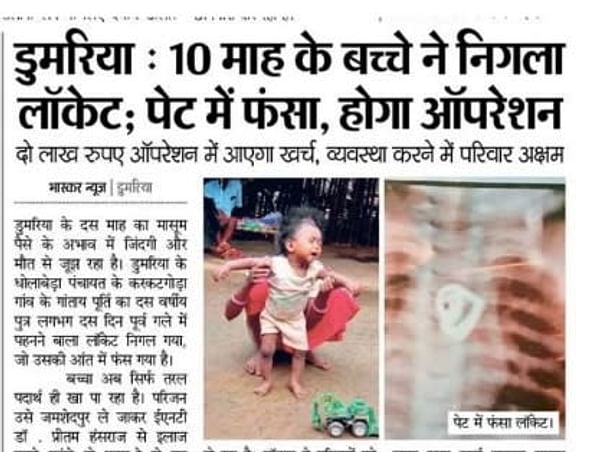 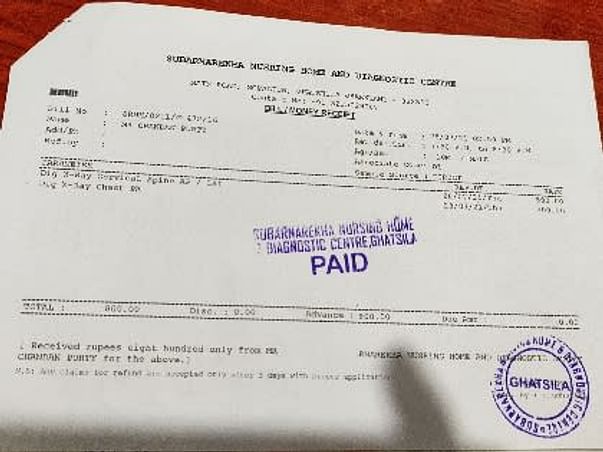 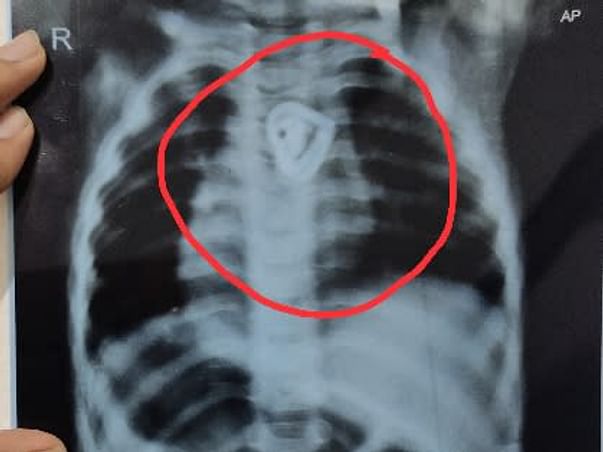 My name is Indranil Sengupta, I am here to raise funds for this 10 months boy, Chandan Purty swallowed a metal ring 10 days back.
His father Gantai Purty( father), a daily work from a small village of Musabani, Jharkhand, dist - East Singhbhum, a few days back his son swallowed a metal earring. His family realized when the boy was not able to eat or swallow solid food for the last few days, he somehow managed some money and went for his child checkup, where the doctor advised for X-RAY at Ear Nose And Throat Clinic, through X-ray report, it was known that his son swallowed something and it is stuck on his chest, now the doctor has advised for surgery as soon as possible. But Gantai is a daily worker, the money which he earns is not enough to run his family. So he can't afford to pay this huge amount for the surgery.
So kindly help him as much you can for his son's surgery.
🙏🙏🙏