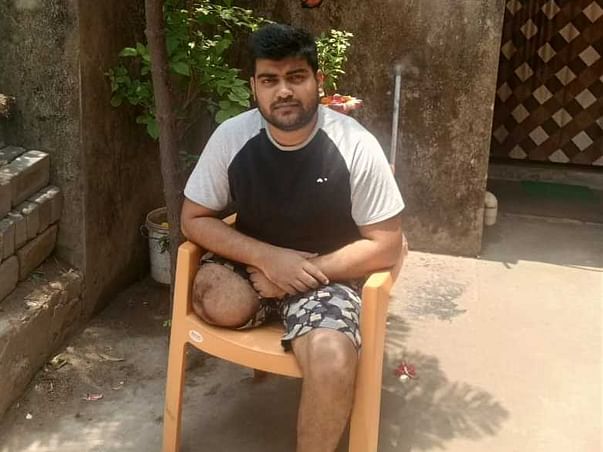 Share
Byasadev, a 24-year-old student,  lost his right leg in a train accident. His family belongs to a poor class and has invested all their savings in his treatment and now unable to buy a prosthetic leg for their son.

About BYASADEVA:
This is Byasadev, a loving, caring, kind-hearted young boy belongs to a poor family. His father is an Auto Driver hardly managing to earn 10k per month. This is the only source of income to feed his family of four. we can really imagine how their life is going on in this situation.
Byasadev, the only son of his parents, the only hope to manage his family and his family's future fully depends on his career.
After completing his Diploma course he was preparing for a competitive job so that he can help his family.
But God has a different plan.
It was November 2018 while returning from Rourkela to his home city Cuttack he met with a fatal train accident. while crossing the train line he got his leg stuck in the railway track and his bad luck was the train that was standing in the track moved backward and crushed his stuck leg. He was there in the unconscious for about an hour until helped by the RPFs.
He alive today but his soul has died. The tear in his eye and his parents explains the situation.
The future is uncertain for him and for his family.
All his parent's savings and the donations from his friends and relatives saved his life. He is alive but what will he do now??
without a leg, his future is like a dead one. His parents are old and their only hope is Byasa will be their backbone.

I, being a childhood friend sincerely begging your help to donate some fund so that he can get a good prosthetic leg. He has the ability to conquer all the difficulties but it is impossible without your help.