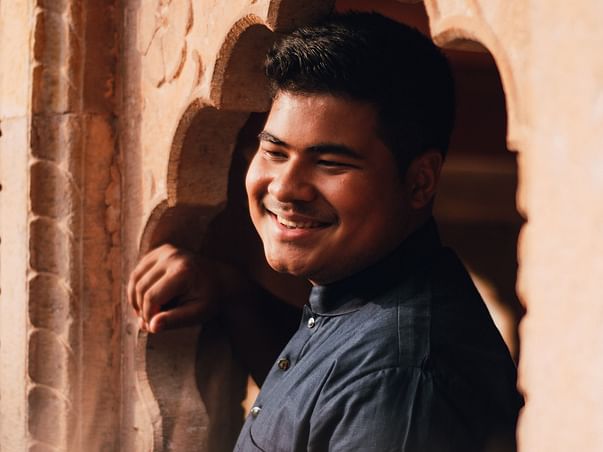 My name is Bishesh Joshi. I’m writing this to raise funds for my 3 years BA (Law) degree at the University of Cambridge (St. Edmunds College).

In 2012, a fringe group blasted a bomb near my daily bus stop. My 12-year-old self was panic-struck. News affirmed 2 deaths. For the next 6 months, my mother never let me travel that path, she always gripped my hand tightly and walked me to school. It wasn’t the first time, neither the last. There were rampant disturbances in the form of bandhs and protests during my school life. And as soon as everything seemed normal, we were hit by a 7.8 Richter scale earthquake in 2015. Most of our saving went on reconstruction. We were sheltering under a tin-roof. It was just six months after the earthquake, that there was an unannounced border blockade. This further led to soaring prices and repeated protests, often violent. Mere Living was a struggle. Education became secondary.

But to be fair, I would not have it any other way. It moulded me into who I am today. I value education because I struggled for every drop of it and I’m grateful for it. In the same year, I scored 10.0/10.0 CGPA and became the topper of my batch for the first time. My experiences made me value every opportunity that came to me. I became the Best Delegate in various National/ International MUNs and went on to chair myriad conferences at National/ International levels. I independently founded and organised my 1st MUN Conference in Eastern Nepal, Biratnagar to present an opportunity to students who seldom get it. Working with YTS & US Embassy helped me reach various youths across Nepal and help them in this field. It further led to an invitation by Stenden Thailand, who invited me to be their Guest Lecturer (in co-operation with Panyapiwat Institute of Management) at the age of 20, where I taught Public Communications minor & Model UN to students of International Relations from Europe, Asia and America.

Simultaneously, I have stood 13th in the World in the 7th Kings College London Herbert Smith Freehills Competition Law Moot Court. I have published on the prestigious IndiaCorpLaw regarding “Replacing the anachronistic methods of determining Dominance in EU Competition Law”, Centre for Advanced Studies in International Humanitarian Law, and SouthAsia Monitor. I have also won Symbiosis Law School British Parliamentary Debating Championship, Hyderabad. All this has led me to Cambridge.

I know it is ambitious, but if I meet a cost of Rs. 50 Lakhs from Milaap (India), then I will try for various other sources to fund my education. It is a one-time opportunity, and I want to leave no stones unturned. If I don't manage this amount by August 15, I will lose my place. However, if unfortunately, it does not happen, I will return all the funds raised.

Due to the finances of most Nepali students, it’s often impossible to study at foreign universities without a scholarship. The Official Report from Cambridge shows (0-4) Nepali students in the university, which is the bare minimum. I hope your support could make me one of the first to represent my country on such a global stage. No help is small and every single penny counts. I shall be forever indebted for your help, and when my turn comes will return the favour.

Thank you so much in advance
Bishesh Joshi


(My offer letter and invitation letter can be found here: https://drive.google.com/drive/folders/1IC9baN2qGQy45m5y0QKsp8ji9PJ1CuwA?usp=sharing)