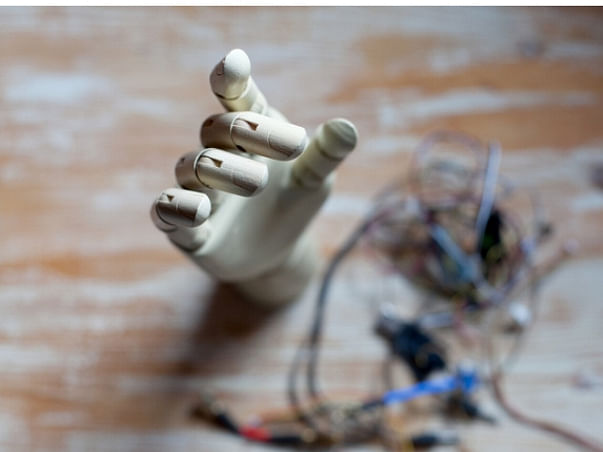 Medical science in India has always been an important issue.According to the report by CDDEP(Center for Disease Dynamics, Economics & Policy),
India has a shortage of an estimated 600,000 skilled doctors and 2 million nurses.
Lack of properly trained staff to administer antibiotics is preventing patients from accessing life-saving drugs.
Further unqualified doctors prescribing antibiotics in improper amounts to the patients can be harmful or expensive for them.
India is the second largest population country in the  world.But there is one government doctor for every 10,189 people in India against the World Health Organisation’s (WHO) recommendation of having a ratio of 1:1,000 doctors.
The nurse to patient ratio is 1:483 which implies a shortage of two million nurses. The report attributes the sorry state of health affairs  to the low expenditure on healthcare by the government.However it can’t be changed with  traditional theoretical education system.

We have improved the data glove by adding the tactile sense and fit in any human hand. Electric vibrators are mounted on the tips of the fingers of the data glove to provide tactile feedback to operator. When the virtual tool controlled by the data glove touches or graspes something, the operator could feel the vibration that indicated he or she has touched or grasped something. The frequency of electric vibrator can be tuned by the input voltage. The characteristic of the electric vibrator can be obtained by experiment:\r\nf u =56.25u+11.63\r\nwhere f is the vibration frequency, and z is the input\r\nvoltage.\r\nThe main user requirements for a haptic glove are as follows: the glove should provide both tactile and kinesthetic feedback, it should be wearable i.e. not heavy and should not
impede the natural movement of the fingers. Because the need to produce in large numbers to reach an acceptable market price,
gloves either need to fit an arbitrary size and form of the hand or should be easily adaptable. Latter constraint is usually addressed by
offering a selection of sizes within a certain working range. This approach is to some extent similar when purchasing rubber gloves for
the household. However, it is not as simple as that as it becomes tedious when actuators need to be placed very precisely relative to
the users anatomy.