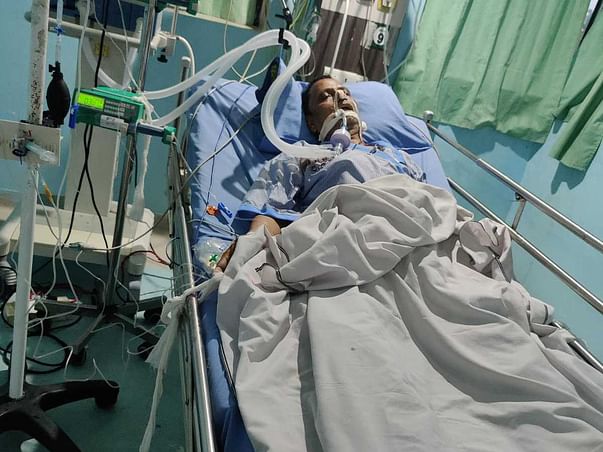 Share
It starts on Sunday at 4 am when my father feels pain and breathless. Due to this condition, he was admitted to Arogyam hospital, Hazaribagh in an emergency.
After tests doctor advised us for angioplasty surgery in Alam hospital, Ranchi. Then by ambulance, I shifted him on Monday morning to Alam hospital.  In Ambulance, he was in stable condition but suddenly after getting admit he faced again breathless. So due to not in stable doctor put him under ventilation. And his BP was really high above 200. And still, at night he is in ventilation and the doctor said that we have to wait for getting him normal BP and stable pulse. And the doctor said that the bill can be at least 4 lakh.