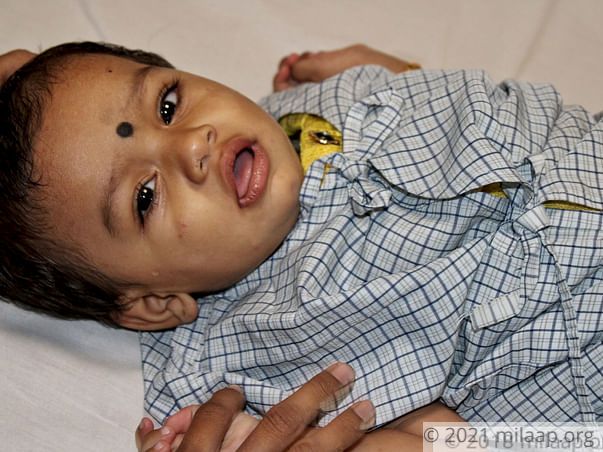 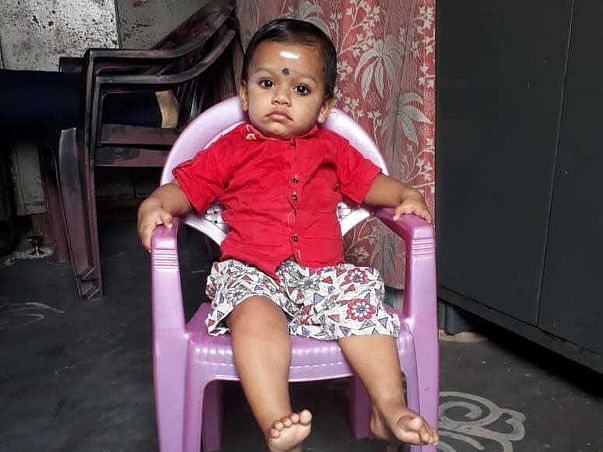 For the past few weeks, Devi has been spending most nights comforting baby Satvika who cries because of the unbearable pain in her back. Devi would apply some ointment and massage her back with warm cloth to relieve her from the pain. Satvika then slowly stops crying and dozes off as Devi sings sweet lullabies while holding her in her arms. But after an hour, Baby Satvika wakes up, crying incessantly. Little Satvika just started to sit on her own and it gave immense joy to Devi, watching her little one grow. But now everything has come to a standstill ever since a dreadful disease crept into Satvika's life, and she may not be able to take her first steps if it is not treated on time.

Satvika is just 1 year old and she needs to undergo 3 surgeries to recover from this spinal cord deformity without which she will be paralyzed forever.

Satvika used to be full of life and energy that every time when someone comes to her house, she would greet them with a smile on her face. Their house was filled with her laughter. But one month back, every time little Satvika tried to sit up,  she would start crying uncontrollably until Devi takes her in her arms. Devi didn’t pay much attention the first time, but when Satvika’s cries became more persistent she got worried and took her to the local hospital in Visakhapatnam, Andhra Pradesh. Much to her despair, she couldn’t find any answer to her daughter’s endless cries.

Satvika’s parents took her to Bangalore, Karnataka for better consultation. After a series of test Satvika was diagnosed with Tethered Spinal Cord Syndrome, a neurological disease caused by tissue attachments that limit the movement of the spinal cord, because of which Satvika’s spinal cord is bent and is accumulated with fluids. Satvika’s condition is worsening with each passing day.

"My daughter has been going through so much for the past one month. She has difficulty in passing stools. She cannot sit or lie on her back and even if does so for a few minutes, she gets alarming pain in her back and starts crying. She hasn't even slept properly. She's too little to go through such terrible pain. " - Devi, mother.

Siva earns a meager income by working in a mobile repair shop and it was barely enough for him to take care of his family. He borrowed Rs 20,000 from his relatives and it was spent on the medical tests alone. Now to save his daughter from being completely bedridden, he needs 3 lakhs which is way beyond his means to arrange in such a short time.

Little Satvika now cannot even sit on her own because of her spinal cord deformity. She might lose movement in her body from neck down if she doesn’t get operated soon. The money her parents borrowed were only enough to meet the medical tests expenses and now they are not in a position to afford surgery. Only your help can make this little girl take her first steps. 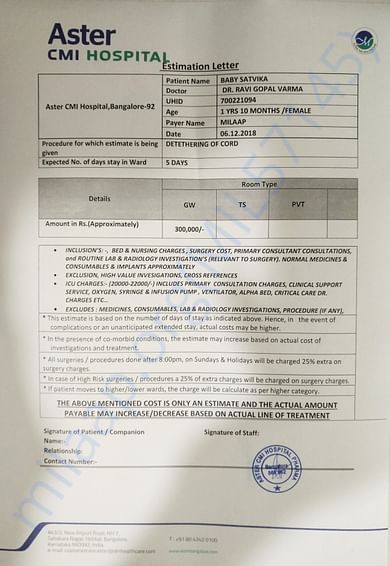 Scan & donate with any app
check_circle_outline Download payment receipt
Report fundraiser
Know someone in need of funds for a medical emergency? Refer to us
Rs.34,122 raised

God will bless you.

May GOD bless the child and make her healthy so that she could live happily with her family.

God will bless you.

May GOD bless the child and make her healthy so that she could live happily with her family. 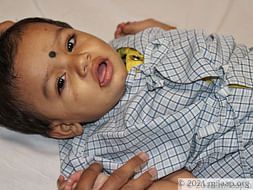