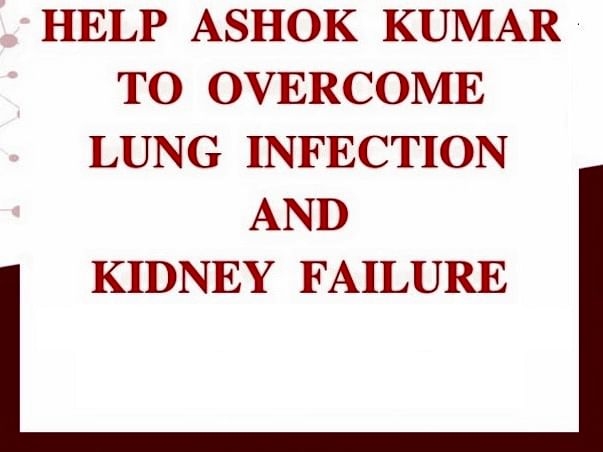 I have known Ashok Kumar from Madurai since 2004 through Schooling. He got graduated in Mechanical Engineering (2006-2010) from Thiagarajar College of Engineering, Madurai, Tamil Nadu, India.
Background
In 2010, when performing a Medical Checkup to join in TVS Motors where he got Campus Placement, abnormality has been observed and later diagnosed to be Kidney Failure. He has been fighting Kidney Failure since then with treatments from various hospitals including Army Hospital in Guindy, Chennai, Tamil Nadu, India (His dad being a ex service man) and medications from Global Hospital, Sholinganallur, Chennai, Tamil Nadu, India.
Family's Living
He couldn't do a full time employment considering regular dialysis that he had to perform (Twice/Thrice a day). He has been on dialysis on throat and then in the hip since the diagnosis of Kidney failure.

He was doing 3D design job from home in Coimbatore, Tamil Nadu, India where he settled with his wife around two to three years back. Her wife was doing job in computer center in Coimbatore, Tamil Nadu, India.
Current Medical Condition
From the last week of December, he had severe cough and cold. On January 2nd it became intense and he started spitting out mucous combined with blood and taken to emergency in Kovai Medical Center and Hospital, Coimbatore, Tamil Nadu, India. He was diagnosed to have lung infection and the mucous got mixed with the blood. Along with the Kidney issue, now he is suffering from Lung Infection as well. He is on treatment in Intensive Care Unit since January 2nd.
Financial Condition
While the doctors are trying to cure Ashok Kumar, his wife and parents are looking for financial aid that will help Ashok Kumar get continuous treatment to cure. On an average the family is spending around 55 to 65 thousand Indian rupees daily and will soon run out of their holdings.

I and my friend Selvaganesan have decided to start this fundraiser to assist Ashok Kumar's family get financial help to continue treatment.

UPI: rzpy.givetomlpashokkum005@hdfcbank (Copy to clipboard)
Or
Click here to read the instructions before you make a bank transfer. 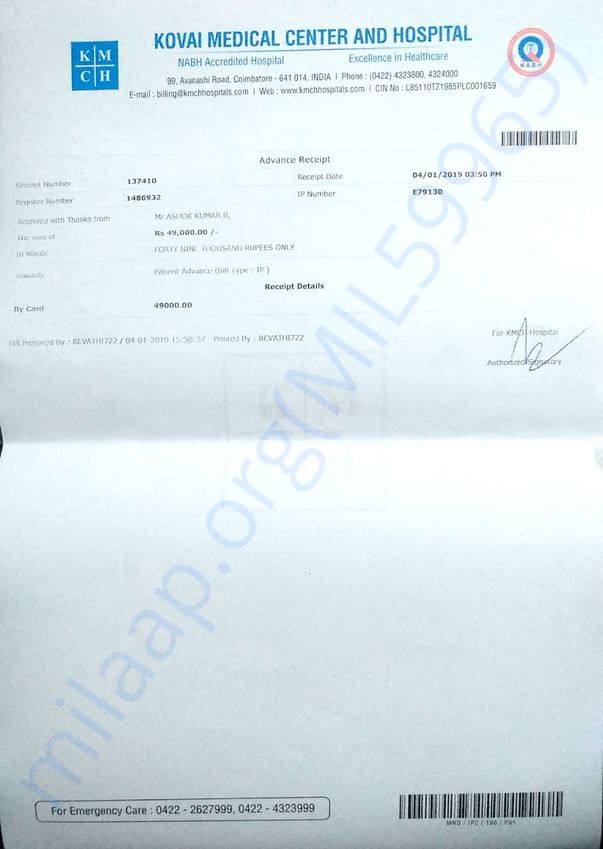 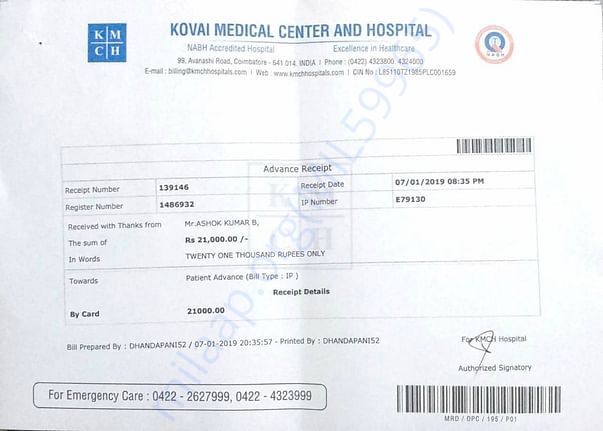 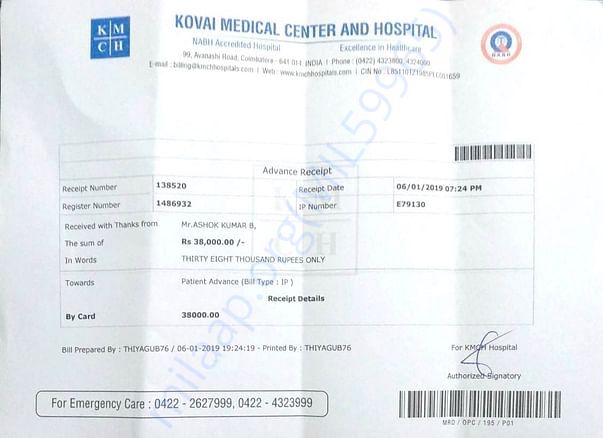 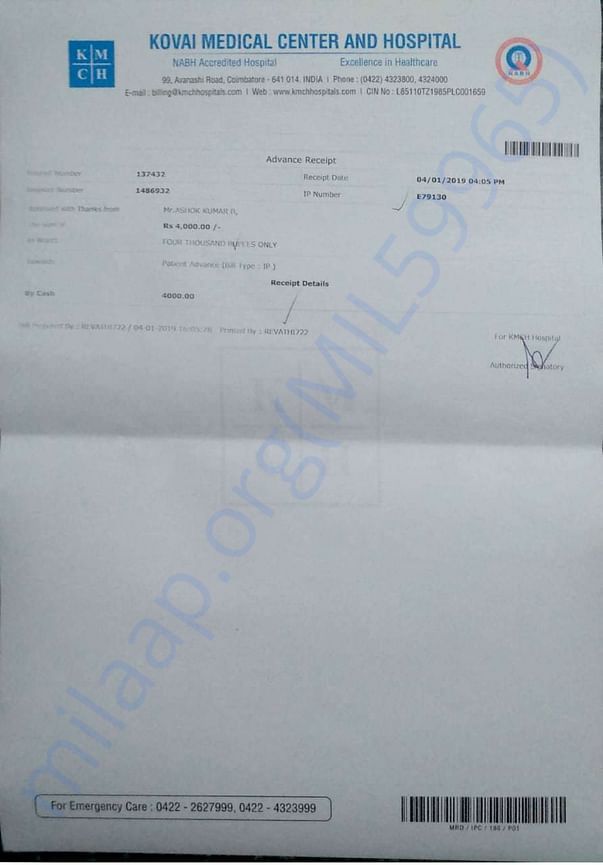 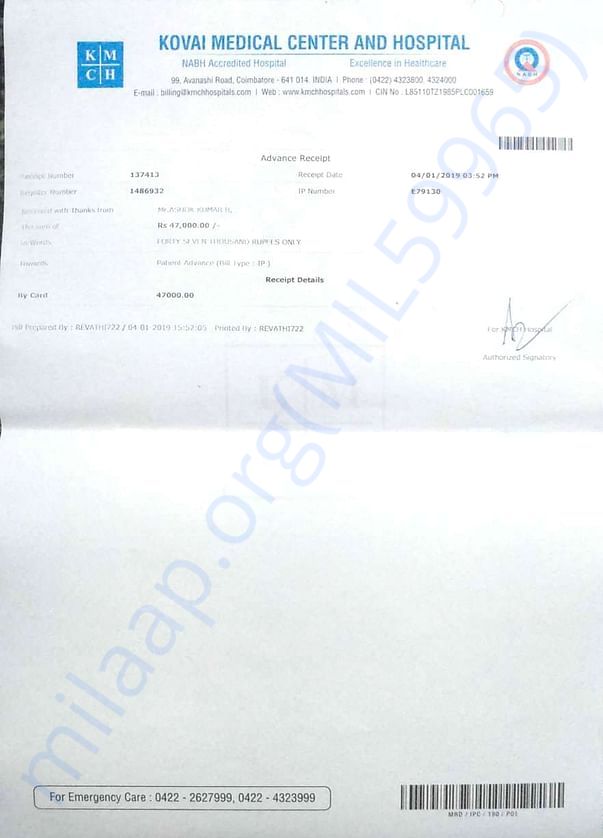 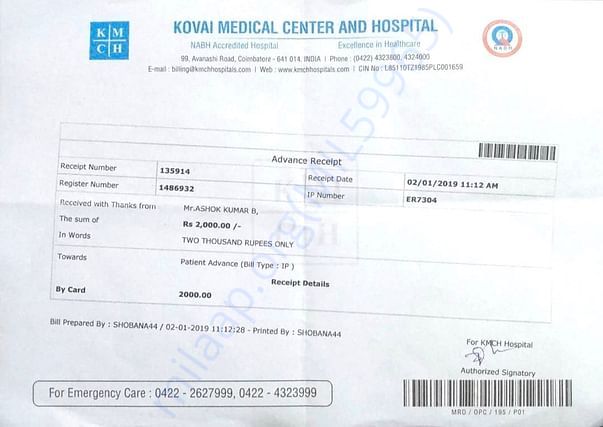 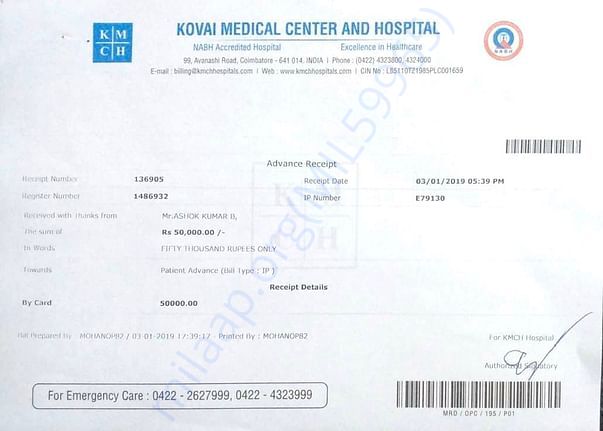 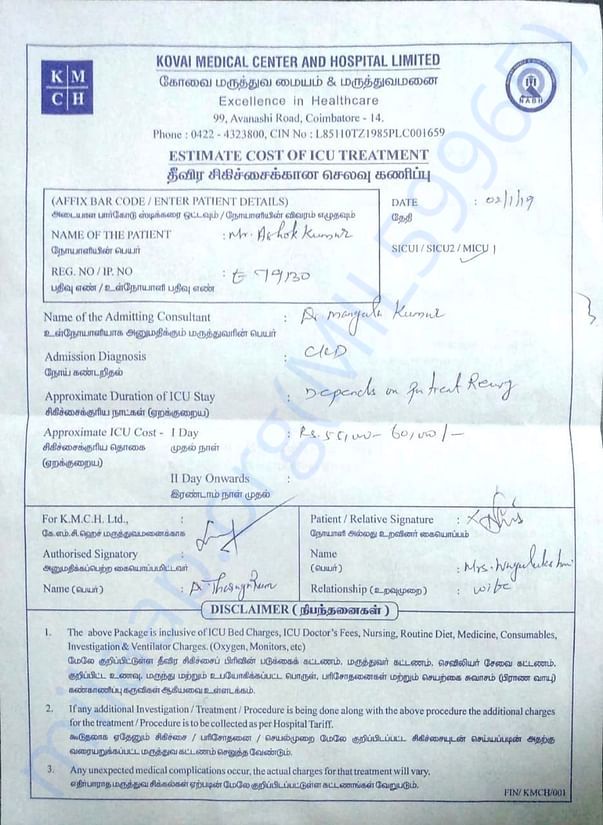 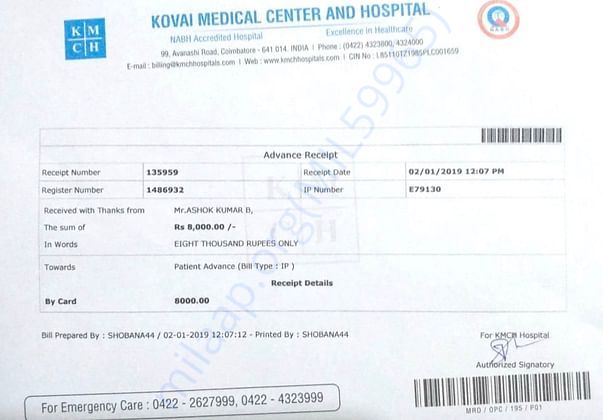 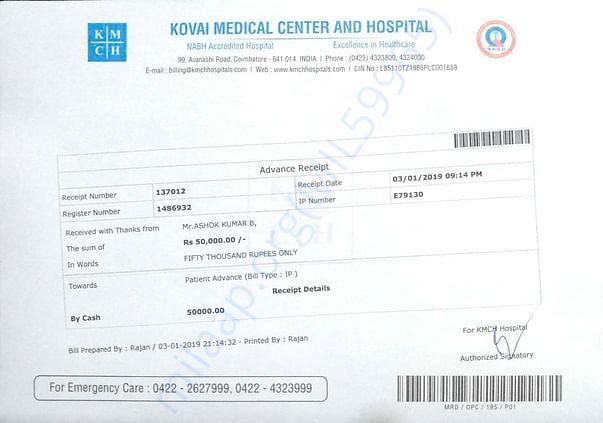 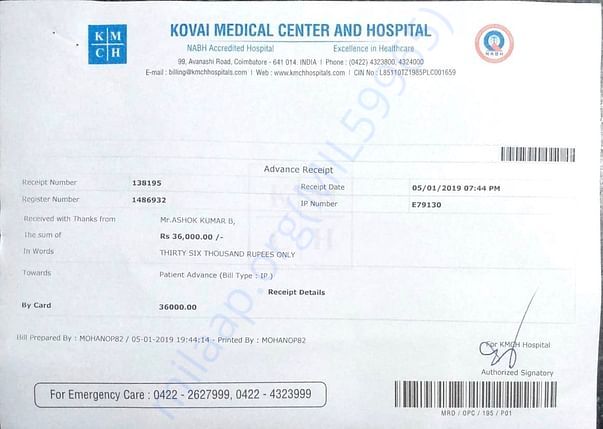 UPI: rzpy.givetomlpashokkum005@hdfcbank (Copy to clipboard)
Or
Click here to read the instructions before you make a bank transfer.

Thank you for the support. Ashok is still getting Medical Treatment with a slight improvement in his lung infection. Will keep you posted.

Donated to this campaign via Paytm? Click here if you can’t find your donation listed below.
MS
Manivannan donated Rs.100
A
Anonymous donated Rs.1,000

Stay strong. Wishing you a speedy recovery to full health!

Donated to this campaign via Paytm? Click here if you can’t find your donation listed below.
MS
Manivannan donated Rs.100
A
Anonymous donated Rs.1,000

Stay strong. Wishing you a speedy recovery to full health!

G
You are sending a message to
Ganesan
Go back 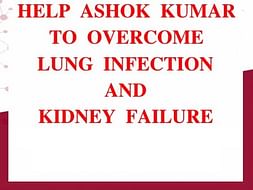