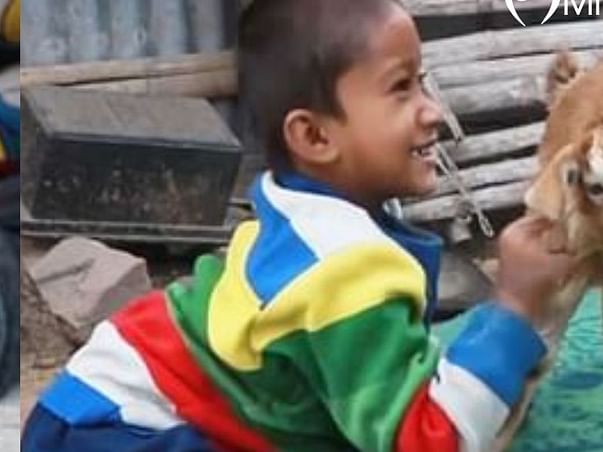 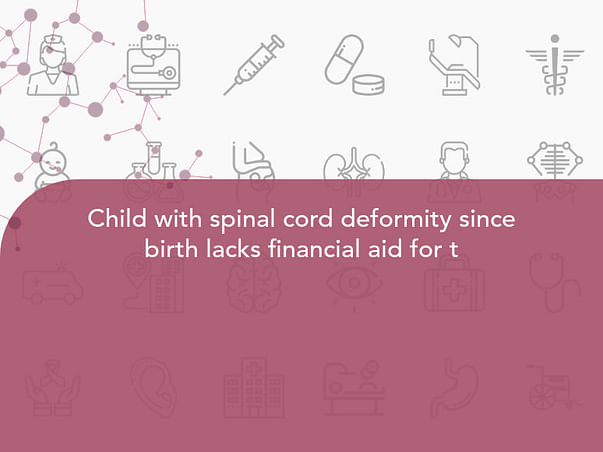 A six-year-old child with a spinal cord deformity has been suffering from paralysis from his waist down with no financial aid to treat his unusual disease in Jharkhand's Rajmahal.

Since his childhood, the boy named Ashish Kumar Rai could not speak and would only utter small phrases to put his thoughts across. His mother says the deformity was detected when Ashish completed six months of age. They then approached a doctor who gave them an ointment to treat the boy's deformity, which healed his wound but could not rectify his malformation.

Ashish does not attend school since he is differently-abled. He is very fond of sports including cricket and is a big-time foodie. He has two sisters, one elder and the other younger to him. The elder one takes care of him along with his mother and father.

Ashish's mother says they do not have enough funds to get proper medication for the child, let alone an operation to correct his deformity. Their monthly income amounts to Rs 9000 which the entire family feeds on. His father is a labourer by profession, and on good days when he obtains work, earns Rs 300 in a day.

The National Institute of Mental Health and Neuro-Sciences (NIMHANS) in Bangalore has advised the family to have the child operated before he turns 10 years of age. However, the family cannot cover the expenses for the child's operation due to lack of sufficient funds.

His father and paternal uncle say anyone who comes forward for their help would be no less than God for them.