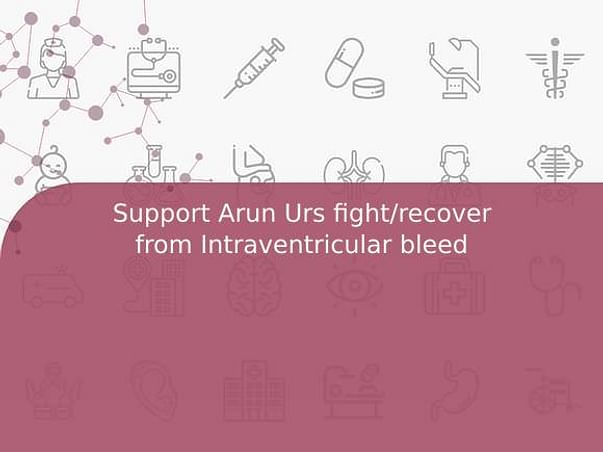 Share
Hi All
One of my cousin , who fell down suddenly & became unconscious  at around 6:00PM on 8th In his residence in Nanjanagud. Later he was taken to a local hospital in Nanjanagud where the doctors told he cannot be treated due to lack of equipment's & experienced professionals, suggested to take him to better hospital in Mysore.

As per doctors suggestion, we brought him to Vidyaranya hospital in Mysore & admitted for further treatment. Neuro surgeons analysed the situation & carried some tests , Immediately told us there was a blood clot in brain & need to carry a surgery for further analysis.
After surgery & subsequent tests , it was found he was suffering from INTRAVENTRICULAR HAEMORRHAGE & DIFFUSE CEREBRALOEDEMA WITH SUB ARACHNOID HAEMORRAHAGE.
Doctors told , as of now he should be on ventilator , once he starts responding they can start the treatment & the cost for the treatment is around 18 Lakhs.
Due to poor financial situation of cousin family & unable to bear the daily expenses, we decided to shift him to KR Hospital in Mysore to keep him on ventilator.

Need all your support for his medical treatment & your blessings as well.