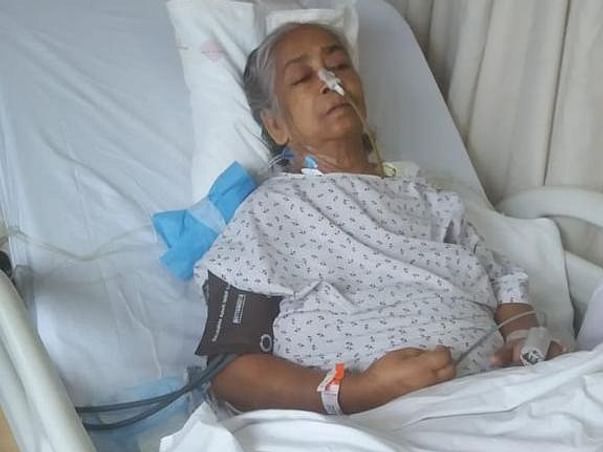 Myself Sonia Biswas, I am raising this fundraiser for my mother Arati Biswas.

Covid struck us in the mid 2020 . Though we won against it but my mother became very weak and another disaster came with that. she fell on bathroom and got herself bone fructure . Hence she needed an instant surgery  for that.  But weeks after surgery suddenly she was feeling severe pain in her abdomen area. After consulting our family doctor, we did a USG to her whole abdomen and doctors found a huge tumour in her uterus. Again it needed to be operated. After wandering around a couple of local hospitals and nursing homes, we took her to Tata Medical center,kolkata. There the doctor said that the tumor must be operated immediately and it would take 6-7hours for the operation. By that time cancer cells already started spreading according to CA125 and CT thorax scan reports. The operation happened as per the doctors. After surgery the biopsy report clearly mentioned that maa was diagnosed with cancer. Though we knew that something like this could be happened, but still it shook us to the core- physically,mentally and financially.

She has gone through a lot and so do we and now the doctors suggested a series of Chemotherapy and radiation will be needed which will cost around 5lakhs as per hospital's estimation. After both surgeries we have nothing in our savings, to start the chemotherapy immediately. Apart from this we live at Habra far away from Kolkata and so we had to rent cars to go to the hospital daily and then to come back.

Now we need financial help more than ever to fight against the cancer. Even a small contribution can make huge difference. So please support us and pray for her speedy recovery.
Can't loose Maa