Artist Struggles To Recover From Kidney Failure | Milaap
Milaap will not charge any fee on your donation to this campaign. 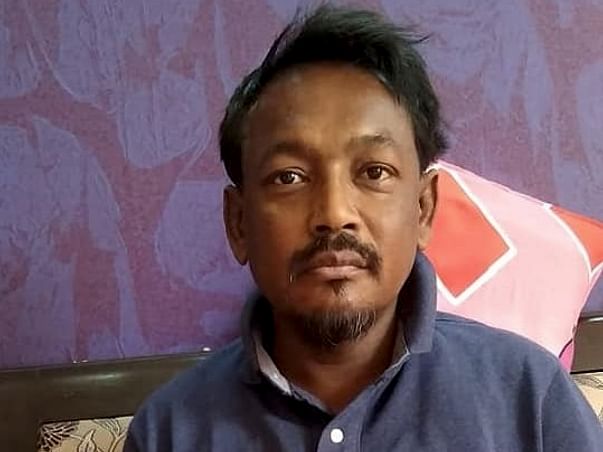 Anup Hazarika is an immensely talented artist, sculptor, creator and painter from Assam. He is the son of late Shri Lambodar Hazarika, who was a nothing short of a legend in his own right.

Anup Hazarika (or Babu da as I have come to call him over the years - he is my cousin) is well renowned for not only his paintings/sculptures but also for art direction in films, theatre and drama. He was awarded the state award for best art director twice for Sneha Bandhan and Antareen. He has also served in the capacity of Guest Faculty of Scenic Design at the Bhupen Hazarika Regional Govt. Film & Television Institute and it was under his able guidance that the Department of Art Direction came into being...

Perhaps one of his most significant contributions as the founder of SOLVISM TRUST (an Art & Cultural Movement which aims to express the absolute reality on North East's Indigenous Art & Culture) is to bring forward an interpretation of ancient physical science (Adi Physics) into creations of art and at the core of this exists the idea of Solvism itself. This is a radical yet profound field that seeks to understand the knowledge that our earthly senses forbid us from analyzing scientifically but which can be unlocked in the realm of art.

But unfortunately before Anup could give shape to the field, he was afflicted by the loss of function in both his kidneys due to diabetes - a condition that becomes life threatening with every passing day... He has been residing at Delhi since the past few months going through a battery of tests being conducted at AIIMS in addition to medication. But every day that passes adds to the damage to his body in the form of toxins. At this stage an urgent kidney transplant is the sole option remaining. We have found a donor but the person is demanding a sum of 15 LAKHS in return.. Anup is a man of very spartan simple living; many times I find him wearing the same dress over days. He barely notices due to his intense passion and involvement in art. His family's economic condition is far from being able to come up with the amount being asked for. And that is why, after knocking on several doors (including that of the government's) we have decided to approach all of you through the online medium - praying for something, anything that you feel you could spare to save this soft spoken, intelligent yet humble genius.

I wish I could somehow magically come up with this huge sum.. Because if Anup continues the work that his father started (in the form of designing the Asom Bonti - the lamp that has a downward pointing flame) I am sure that atleast some of the old Indian invaluable, ancient wealth of knowledge that has been lost to time can be once again unlocked; resisting gravity, reducing pollution, increasing energy efficiency. All this is his selfless dream because he tells me that he wishes to make this world better for not just ourselves, but our future generations. I asked him, "Can you finish what your father started?".

His reply was sharp in its clarity, and deep rooted in the certainty of his convictions. "YES" 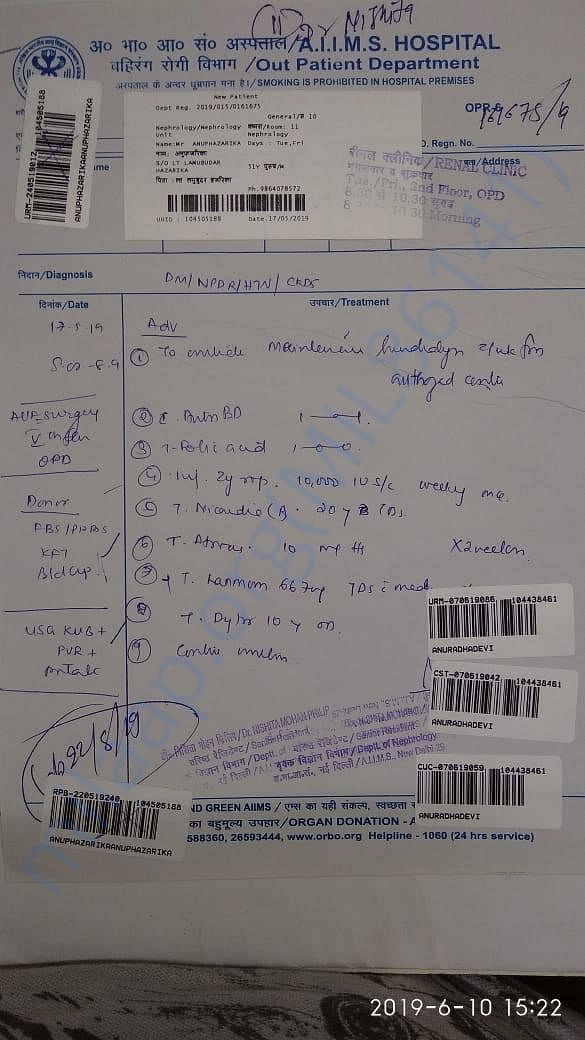 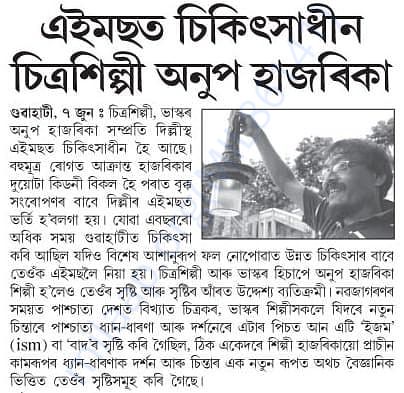 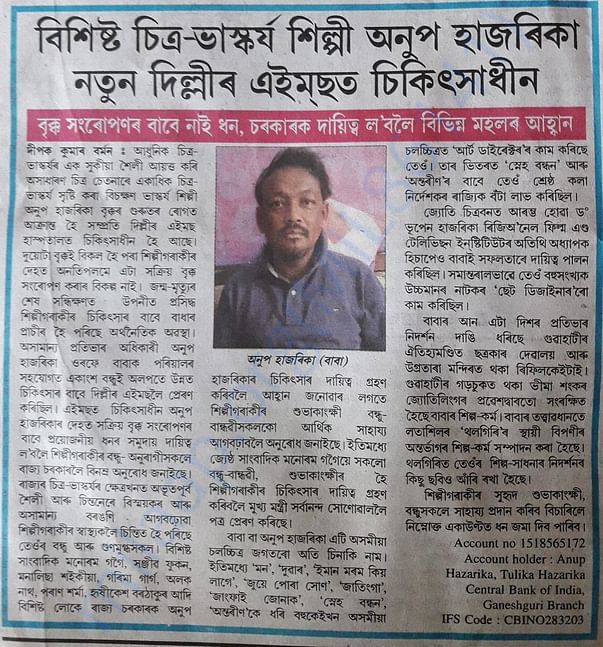 Ask for an update
After undergoing treatment at Narayana Hrudalaya Kolkata, Anup Hazarika is currently back in Assam and in the ICU of Guwahati Medical College after suffering a heart attack and failure of kidney dialysis a few days back. The kidney transplant is yet to happen and due to a shortage of funds, Anup has offered up around 13 of his paintings for auction. At this time of crisis, even other famous artists like Noni Borpujari has offered 10 of his paintings for auction at the Guwahati Artists Guild along with another dozen or so other artists from Assam

Scan & donate with any app
check_circle_outline Download payment receipt
Report fundraiser
Know someone in need of funds for a medical emergency? Refer to us
Rs.23,587 raised

Donated to this campaign via Bank transfer/QR Code? Click here if you can’t find your donation listed below.
A
Anonymous donated Rs.500
HR
Harikrishnan donated Rs.2,500

God bless and save his life

Donated to this campaign via Bank transfer/QR Code? Click here if you can’t find your donation listed below.
A
Anonymous donated Rs.500
HR
Harikrishnan donated Rs.2,500

God bless and save his life

You are sending a message to
Siddhartha Bhuyan
Go back 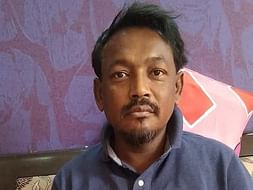