Suvarna's online fundraiser for Medical | Milaap
Milaap will not charge any fee on your donation to this campaign.
10 years old Ankit V Bangennavar needs your help fight Third Ventricular Craino with Hydrocephalus 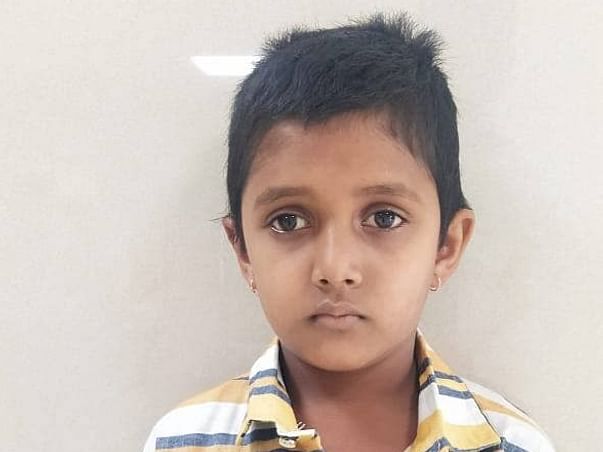 By the end of 2019, Ankit, when he was 8 years old started to show up few symptoms such as blurred vision, balance abnormalities, changes in personality, inability to concentrate, occasional seizures, and poor appetite. Doctors initially treated him based on the symptoms, but the issues persisted. Hence, after 6 months, that is in March 2020, the Department of Neurosurgery, Lakeview hospital, Belgavi, ran some tests and diagnosed him with Third Ventricular Craino with Hydrocephalus. On the doctor's suggestion, the family opted for surgery - Endoscopic craino - cyst Fenestration and Aspiration with Catheter placement with reservoir.
Hydrocephalus is a condition in which excess cerebrospinal fluid (CSF) builds up within the fluid-containing cavities or ventricles of the brain. The surgery requires a long-term treatment, where the surgeons will remove liquid from his brain every 2 months until he is 21 years old. Every sitting will cost Rs. 8000/- and more. So far Vinod Bangennavar's family could manage to pay off the treatment expenses, but being a struggling farmer who works all day and single bread earner of the family, it is very hard for them to spend such an amount for a period of another 11 years (Ankit is now 10 years old) which would roughly cost Rs. 5,30,000/- in total. The situation is financially challenging to the family, as much as it is physically, emotionally, and psychologically challenging, especially to Ankit.