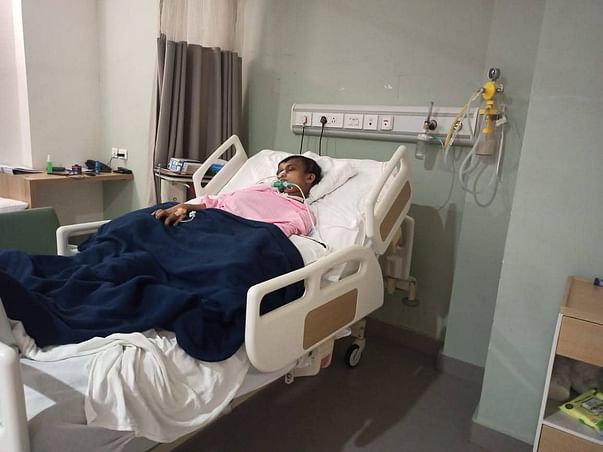 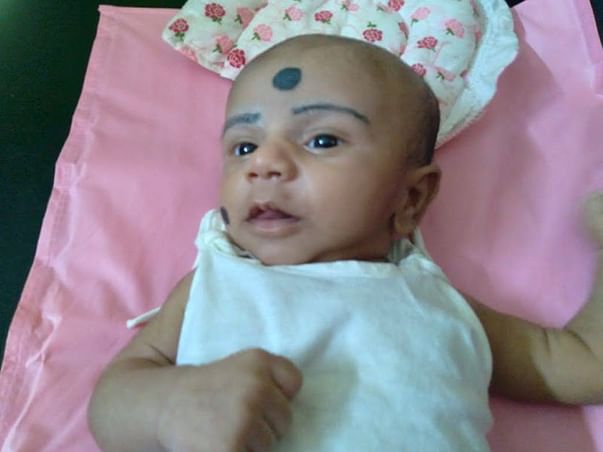 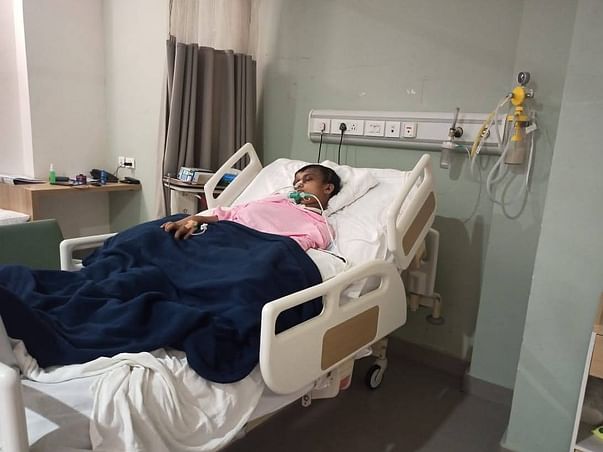 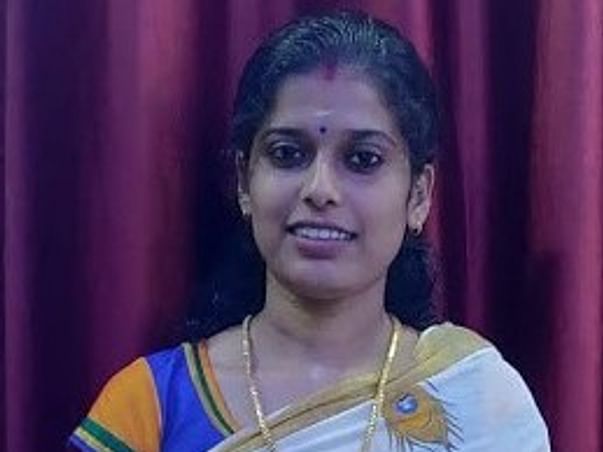 It was all going good when Anisha gave birth to her first child on April 23rd 2021. She had a C-section and was able to leave the hospital within a week.
But then after 3 days, she had a major stroke and was soon taken to nearest hospital and based on the reference from there, she was taken to MIMS hospital, Kozhikode. Even at this point no one had the slightest clue about what was in store next.
She had a paralysis on left side and her BP levels became unstable.  So had to undergo a major surgery. Even after the surgery BP was not getting stable and hence had to do another surgery to remove frontal part of skull flap to control the BP levels. She spent almost a month in an ICU unconscious and now showing slight improvements, though her one side is still paralyzed and only right hand moves.
She is now moved to Aster MIMS Wayanad, for rehab treatment, and once the health improves, she would need another surgery to implant titanium plate in place of skull flap that is removed. She was moved to this new hospital on June 15th and on June 17th her oxygen levels went down and BP became unstable again, hence moved to ICU once again. She is now responding and is showing improvements. What keeps her still strive through this excruciating experience is the thought about reuniting with her cute son with whom she could spent barely a week.
Already the treatment (till June 15th) alone has costed more than 13,00,000  INR (13 lakhs)  and further treatment at MIMS Wayand, is expected to cost 2,00,000 INR (2 lakhs) per month for next 3-4 months, until she is stable enough to be ready for the next major surgery. The skull flap implant will cost another huge amount and also will be followed by other post treatment expenses. The cost has been already too much for the family to bear, who were already hit by a different ailment to another person in the family last year. So far close friends and relatives have been kind to support. However the amount required to bring Anisha back to life is (30 lakh plus) still huge for the family. Back to back huge medical expenses have destroyed the financial condition of the family  and looking for support from kind souls out there. Your contributions will help to bring back a mother to life and help a baby to grow up with the care and love he truly deserves. Be kind to share in your circles and any contribution will be a great help to the family during this challenging time.