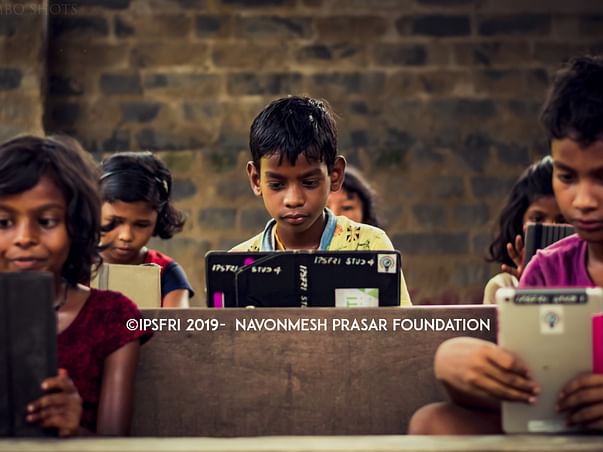 Anil Pradhan, a 23-year young revolutionary Educationist from Odisha has been imparting free education to the less privileged children of the rural Odisha through innovation and technology in the school curriculum. His school – International Public School For Rural Innovation, which is a unit of Navonmesh Prasar Foundation provides STEM (Science, Technology, Engineering and Mathematics) based education and experimental learning to the students in 42Mouza (an island of 42 villages).

Mr Anil Pradhan – born and brought up at 42 Mouza, Cuttack – as a village school student, used to cycle 12 km every day to reach school since there were none in his area. His cycle would bear the brunt of uneven roads and as a result, would give him trouble. The chain on his cycle was a frequent offender that would rust and act up. He would fix it in his ingenious way (and which doesn’t mean oiling the chain). It was during these moments that the 23-year-old feels his journey of innovating started.
Then came various school projects and later admission to Veer Surendra Sai University of Technology (VSSUT – formerly UCE) and their technical societies helped Anil to move a step closer to innovation. Not only the college was an enabler, but the seniors helped him a lot. College put to test Mr Anil Pradhan’s capabilities and he aced every challenge that came his way. He made news for being a part of the team that built the first student’s satellite in Asia, to monitor the Hirakud Dam (the longest man-made dam in the world). He has also helped design a robot that could climb electric poles and do tasks otherwise deemed too dangerous for humans.
In October 2014, during his third year of engineering, Mr Anil Pradhan started implementing his idea of innovation school named – International Public School For Rural Innovation in a Village Baral in Odisha. In 2015, the first academic session with just three students started, intending to educate and bring forward the rural areas of our country. A resident of Baral himself, Anil had moved to Bhopal when he was about 11 owing to his father’s transferable job. Despite studying in English medium school in Odisha, he was denied admission in one of the convent school of Bhopal because of his average English-speaking skills. This was his first encounter with the gap between the quality of education available in rural and urban India.
Keeping in mind all the experiences encountered as a child, he focused on making his school much more compatible with its students. Although the school follows the same syllabus and curriculum as the Odisha’s Board of Secondary Education, it employs innovation and technology in its methodology. It is a first such school in Odisha which focuses on S.T.E.M. Education and has implemented alternative education and experiential learning in its teaching methods. Since then the school has been actively spreading experimental learning to poor rural and urban children and teachers in India through programs which involve hands-on learning methodologies.

UPI: rzpy.givetomlpnavonmes001@hdfcbank (Copy to clipboard)
Or
Click here to read the instructions before you make a bank transfer.

Thank you all the supporters for helping us raise a generous amount for our initiative to educate the underprivileged children of the rural background.

At our school, we do our best to provide the students a quality education through which they can prosper in their life. We also focus on creating a healthy and clean environment for them to study. Hence with the amount raised, we will be building an eco-friendly washroom facility for the students.

I would like to thank you all once again, you have made a difference in the lives of the children !
Donate
Report fundraiser
See how thousands are crowdfunding for their causes on Milaap
Content Disclaimer: The information and opinions, expressed in this fundraiser page are those of the campaign organiser or users, and not Milaap.
If such claims are found to be not true, Milaap, in its sole discretion, has the right to stop the fundraiser, and refund donations to respective donors.

You are sending a message to
ANIL PRADHAN
Go back 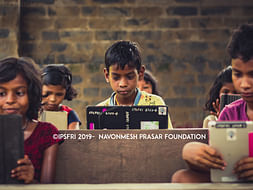