Help Promote Women Empowerment | Milaap
Milaap will not charge any fee on your donation to this campaign. 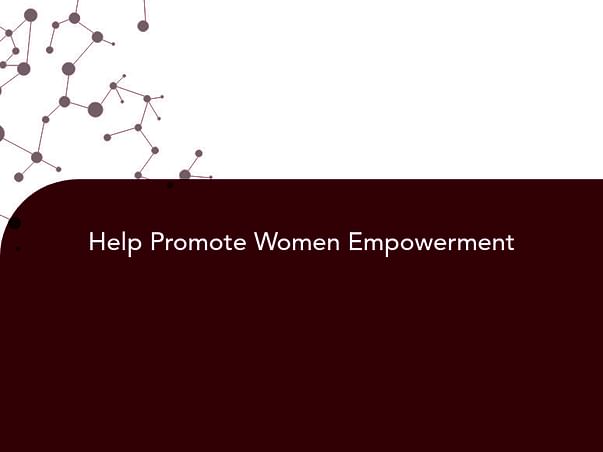 Jyoti Gogoi struggles as the sole breadwinner of her family of four. Her husband, enemployed, has been off work for many months now. She has to take care of the finances along with meeting her children's growing expenses, coupled with the burden of debt. Korobi Phukan faces a similar situation. The mounting pressure of debts that have not been paid off continues to haunt her, and being the sole earner does not help. The monsoons have been specifically hard as their homes begin to develop leaks. Rumi Das used to live in a flood prone area until she lost a lot to the waters and decided to shift homes. But lack of stable livelihood and the burden of debts, aggravated by erratic weather, have pushed these women to the brink of desperation. What also binds these women apart from their challenges is that they are talented craftswomen. They have been part of our initiative, Buta Axom,  ever since we started in April 2018. Based in Sivasagar district of Assam, we work with around 15 weavers (all women – In Assam, the weaving community is dominated by women) from financially deprived background. At Buta, we strive to give the weavers a socially,financially secure platform to not only pursue their potential but also earn a reliable income through weaving. Our focus is on handloom weaving, as opposed to machine-made ones, that rob weavers like Jyoti and Korobi from not only their heritage but also the possibility of livelihood.

WHY WE NEED FUNDS

•There’s a dearth of steady and sustainable work opportunities for the weavers. This forces most of them to leave weaving and opt for other sources of income, which are not necessarily lucrative.
•The craft of weaving is inherited from ancestors but there is little to no awareness about its history or relevance amongst the weaving communities.
•Because the weaving scenario is so scattered and fragmented, most weavers do not even consider it as a respectable profession.
•Assam has always been flood-prone, to which our riverine communities have traditionally devised suitable coping mechanisms. But the largely erratic nature of climate since recent times has made the monsoons a difficult season to survive. Weaving equipments – such as the loom, the threads, the spinning wheels, bobbins, and dyes – do not come cheap. There have been instances when we have lost equipments to the flood waters.
•Handloom weaving continues to be a time-consuming process. In addition, it is common to see a single weaver take on the entire workload as weavers often fail to commit time and effort to employers. This particularly has prevented the growth of the sector despite it being a storehouse of talent and potential.
•Proliferation of machine-made goods and a fast-paced market have caused our weavers to lag behind. Not only is quality compromised but we fail to become a part of the larger discourses of the times with regards to slow fashion and sustainable living.
•As mentioned in the beginning, Weavers are debt ridden. And due to lack of financial education they are reeling under the pressure of huge amounts of debt, especially from local money lenders who charge exorbitant interest rates.

HOW WE WILL USE THE FUNDS

It has been our endeavour at Buta to address these various issues and revive the art of weaving by hand in all its lost glory.

1.Sustainability
The larger narrative in today’s fashion and aesthetics world has shifted gear towards sustainability. Weaving as a skill is relevant and in demand. There has been increasing awareness about the harmful consequences of fast fashion and blind consumerism. As a result, more and more people are shifting from machine-made clothes to hand-woven clothes. We intend to be part of this dialogue while addressing the concerns of employment and systemic development of the handloom sector – alongside cultural revival of weaves we also want to create reliable work opportunities in this sector. The weavers, otherwise adept in weaving, can be trained to improve themselves in the other corollary activities such as wrapping, spinning, and dyeing, as well in developing a broader, contemporary outlook towards their profession.

2.Employment
In rural/small town Assam, the percentage of high school dropouts is quite high (insert a percentage figure if available). This contributes to the number of unemployed youth. At Buta, we want to build a stable ecosystem of handloom weaving and develop it as a sustainable source of employment. The motive is to create rural livelihood as well as enhance the lives of the village community. Buta’s efforts will be to bring back the weavers back to their craft while also training the younger generation of village youth who come from weaving families but look for opportunities elsewhere owing to a lack of avenues and infrastructure in weaving. It will also be our prerogative to scout for interested youngsters who do not come from such families but are interested to pursue weaving as a profession. This will only be possible with sufficient funds because the agenda does not stop at building a couple of weaving centres alone, it stretches beyond that as an intervention process to bring about a structural change. We believe it will be a significant step towards addressing the larger issues of school dropouts and unemployed youth.

3.Gender/Women empowerment
When the question of school dropouts and unemployment arises, we cannot evade from the question of empowering those marginalized in the gender narrative. Because women constitute an overwhelming majority of the weaving communities, handloom weaving will undoubtedly raise the stakes of female employment. Our experiences on field so far has exposed us to the immense amount of labour women have to perform on a daily basis – household chores and rearing children are unquestioningly assumed as women’s tasks and many a times they are the sole earners of their families as well. The pressure to perform everything makes them either quit their day jobs, compromise on the quality of their (weaving) work, or take inordinate amount of time to complete a specific task. By making the weaving process more systematic and training a group of people in the corollary tasks of weaving (‘helpers’), we want to help our weavers achieve the necessary skill of time management. Our weavers know the craft of weaving but since they are not well-trained in technicalities they are unable to do it fast. This will create possibilities – and time – to interact with relevant issues of the industry, such as global trends, eco-fashion, and the history and social narratives of the weaves. It is with consistent exposure to such a structure of work that we can hope to redeem the craft in the eyes of the makers.

WHAT WE HOPE TO ACHIEVE

At Buta, we confront these challenges every day while bearing in mind the probability of newer ones presenting themselves at any point of time. There is a start to everything, though, which for us is building a structural course of intervention that makes handloom weaving a conducive source of income for existing and outgoing weavers as well as new youngsters. With the funds, we hope to
•Build effective weaving centre(s) and training modules to prepare a consistent group of weavers, both old and new, earning steady (and high) income and contributing to the visual and cultural idiom of Assamese weaves
•Diminish the negative attitude a lot of weavers hold towards their craft, which arises out of their lack of awareness about the significance of weaving in general and handloom weaving in particular
•Make handloom weaving a steady profession that youngsters and interested individuals will like to explore and opt for by choice, by facilitating necessary changes (infrastructural and financial) in this direction
•Create a new generation of designers who are knowledgeable in traditional motifs and designs and committed to originality, without aping the market blindly
•Make good quality products that can be represented in and compete with the global market, which will fetch better revenue over time
•Document weaving traditions, textiles, motifs and designs, and communities so as to build an archive of cultural history for future generations
•Revive old school ways of weaving and sustainable practices inherent in our social and cultural landscape
•Become a respectable platform in weaving and design, drawing talented youngsters from all walks of life (interns and employees)

Scan & donate with any app
check_circle_outline Download payment receipt
Report fundraiser
See how thousands are crowdfunding for their causes on Milaap
Rs.8,862 raised

Donated to this campaign via Bank transfer/QR Code? Click here if you can’t find your donation listed below.
TC
Tezaswita donated Rs.300

When women are empowered, civilizations thrive. Cheers to Buta!

All the best dear

Donated to this campaign via Bank transfer/QR Code? Click here if you can’t find your donation listed below.
TC
Tezaswita donated Rs.300

When women are empowered, civilizations thrive. Cheers to Buta!

All the best dear

BA
You are sending a message to
Buta Axom
Go back 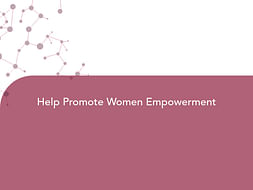