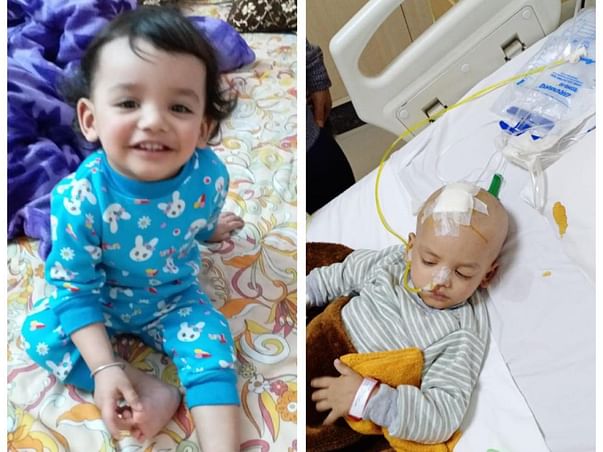 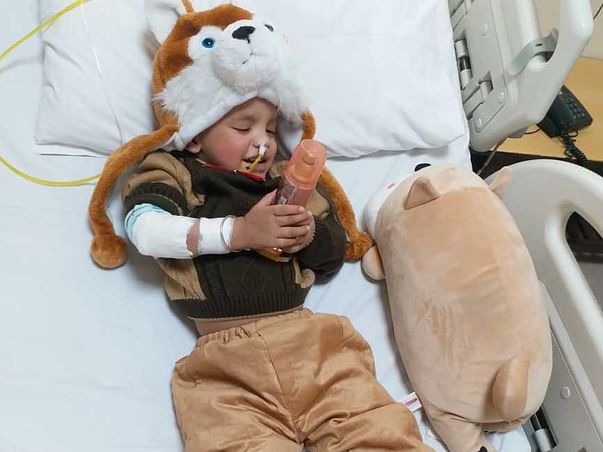 Share
Life is unpredictable . And Cancer is just a rare word until it reaches our family . Thats what exactly happened to us. The kid who used to smile , laugh , play , run like any other normal kid ,suddenly stopped walking one day. Used to cry so much if we make him stand .Started vomitting every morning , appetite decreased, started losing weight . The kid who was never an early morning kid sarted waking up at 6 in the morning banging his head on the pillow . We used to think maybe he had a bad dream or maybe he's got stomach pain . And thats what docs thought and kept on treating him for stomach worms , until one day my mumma instinct said no , there is something wrong with my baby .And i insisted to take him to the hospital and forced the doc to admit him and run whatever tests they have to but i want my son to take back home , not this kid , who just lies on the bed the entire day. That was the day things changed. Doctor asked us to get an MRI . The results were not something we were expecting . It was an 2 inches huge tumor living in his brain , surviving on his blood . Person performing the MRI , called my husband out of the room, not telling me anything . Mumma instinct again said , there is something . When i asked my husband repeatedly , he said thers is a mass at the back of his brain . And that vary second , something broke in my heart .

Our 23 months old Amaan was diagnosed with meduloblastoma ( brain cancer) . Although i wanted to cry out my feelings but had no time . Docs immediately asked us to take our son to some other hospital.  Thats what we did . Still remember sending him for his surgery . He was kept hungry and thirsty the whole night . All he did was asking for his bottle from mumma. I felt the most helpless i could in my entire life, not able to give him even milk. Had an 7 hrs long surgery . But docs were able to took the entire tumor out. We were happy until docs informed us the tumor is cancerous . After a week of surgery , amaan contracted Meningitis and Hydrocephalus. Was kept on 24hrs medication for 21 days followed by another brain surgery to install an VP shunt in his brain to have that liquid flow which started accumulating after surgery resulting in hydrocephalus . After 1 month he was discharged from hospital . Then started with chenotherapy , 3 cycles with 12 chemo sessions . Endless of pain , vomitting , no appetite at all . A tube was inserted in his nose to feed him . And mumma was the one who was taught to feed him every 3 hrs , day or night .

He took everything with a smile without knowing what is happening with him. Faced all so bravely. Started considering his hospital sisters as his friends , instead of other kids. Mumma and Dadda did everything they could , to give him the best medical care we could. But today we also need help . Due to the pandemic Mumma and Dadda are struggling really hard to manage finances , his treatment . And Amaan along with Cancer is struggling to get back on his feet still not able to walk , talk or swallow solid food . Facing n number of difficulties in his growth. As per docs he requires a lot of therapies . We have already spent Rs 40 lakhs over and above his insurance . Sold our house . Have no means left to proceed with his treatment now. We really need help so that our son can be a normal kid once again as he was . Every single penny counts for us at this time . Hoping to receive help from other Mumma and Daddas . Any help would be really appreciated.